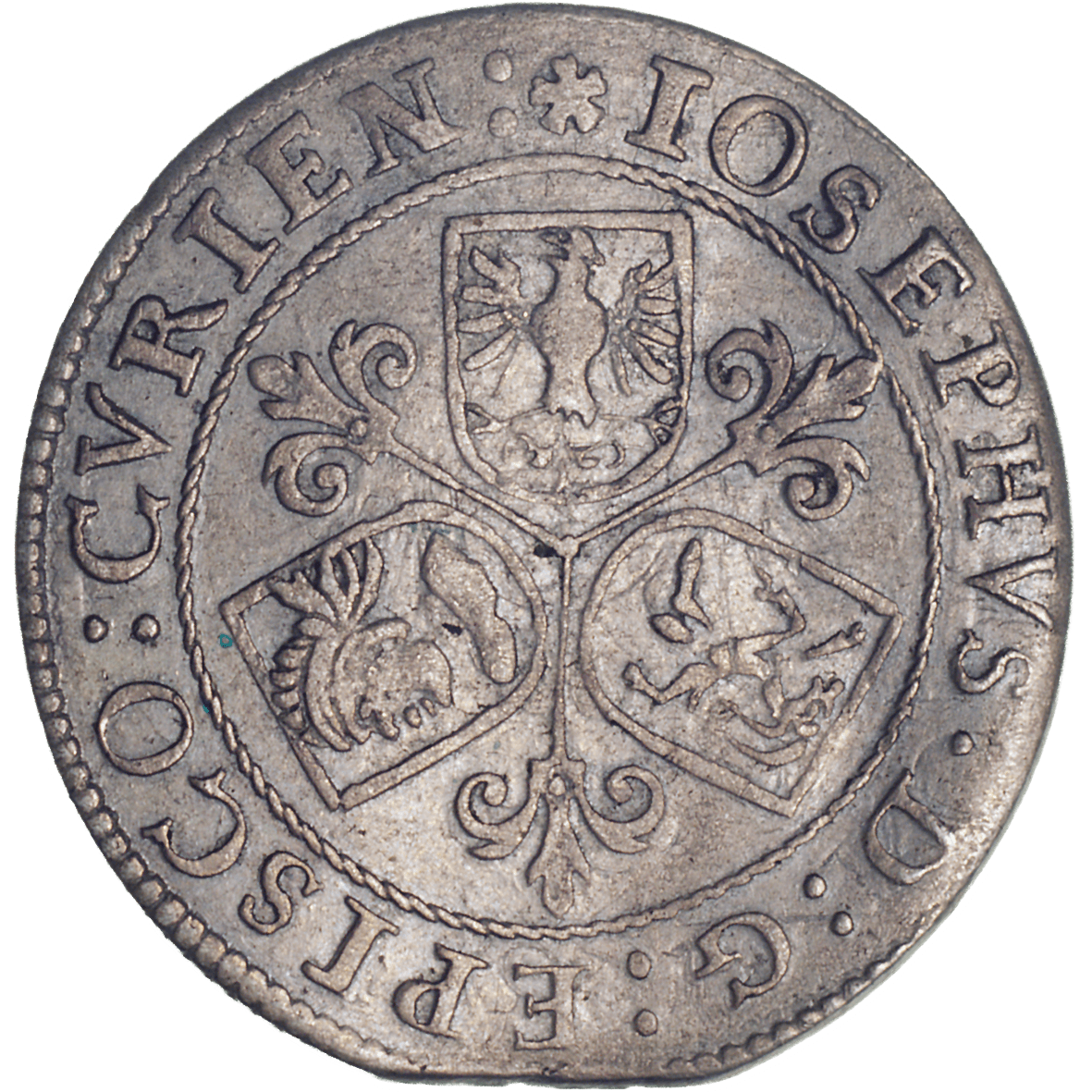 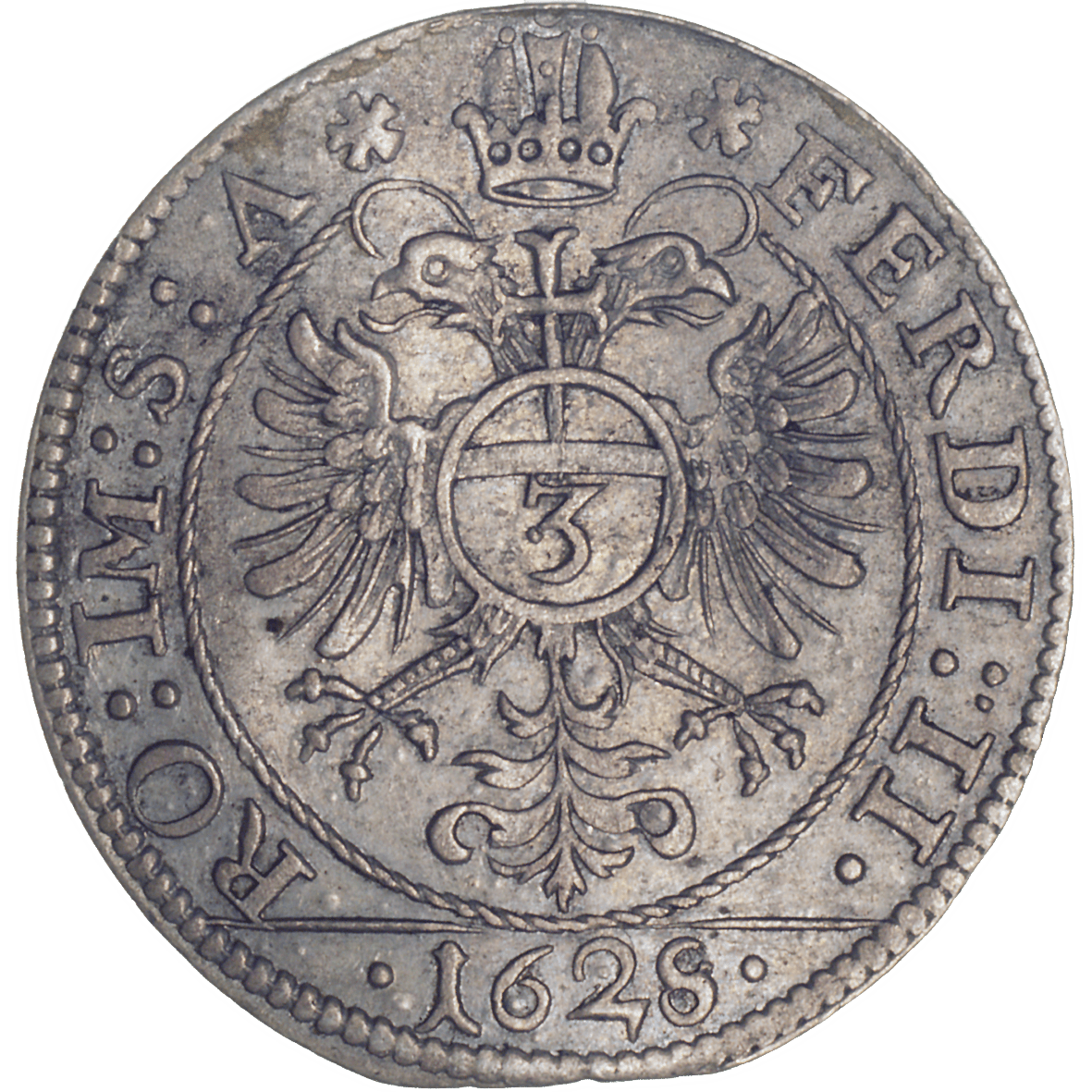 The bishopric of Chur had one of the oldest coinage prerogatives in the territory of modern Switzerland. The bishop had received the right of coinage from Emperor Otto as early as 958.

When Joseph Moor of Zernez descended to the throne of the bishopric in 1627 (until 1635), he immediately started to strike his own coins. This groschen, a coin worth three kreuzers, was issued in the second year of his term. The coin's obverse depicts three small crests: one with a single-headed imperial eagle, another with an ibex, the emblem of Chur and Grisons. The third shield shows the bishop's family motif, a blackamoor. It is a so-called canting arm, representing the bearers name by a visual pun.