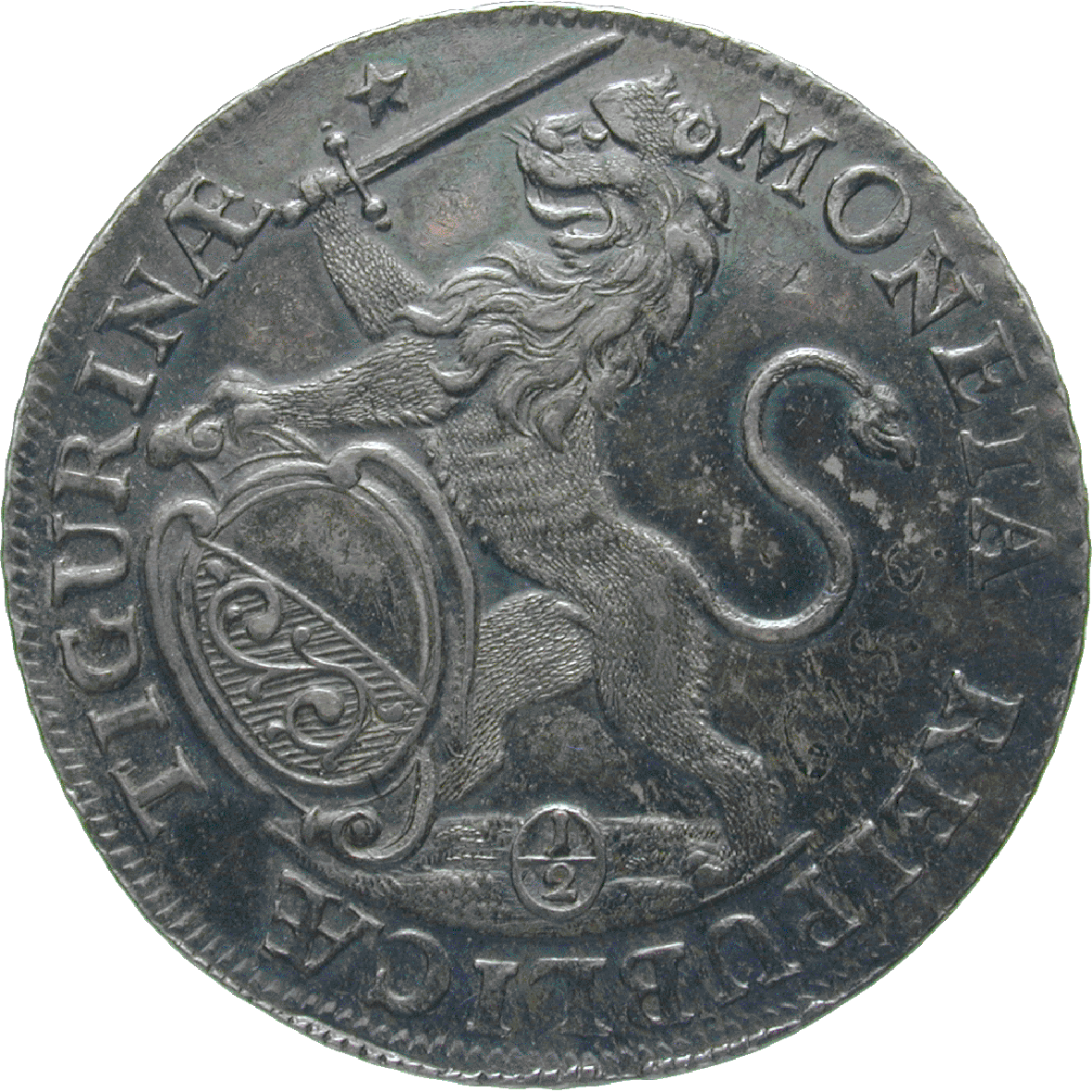 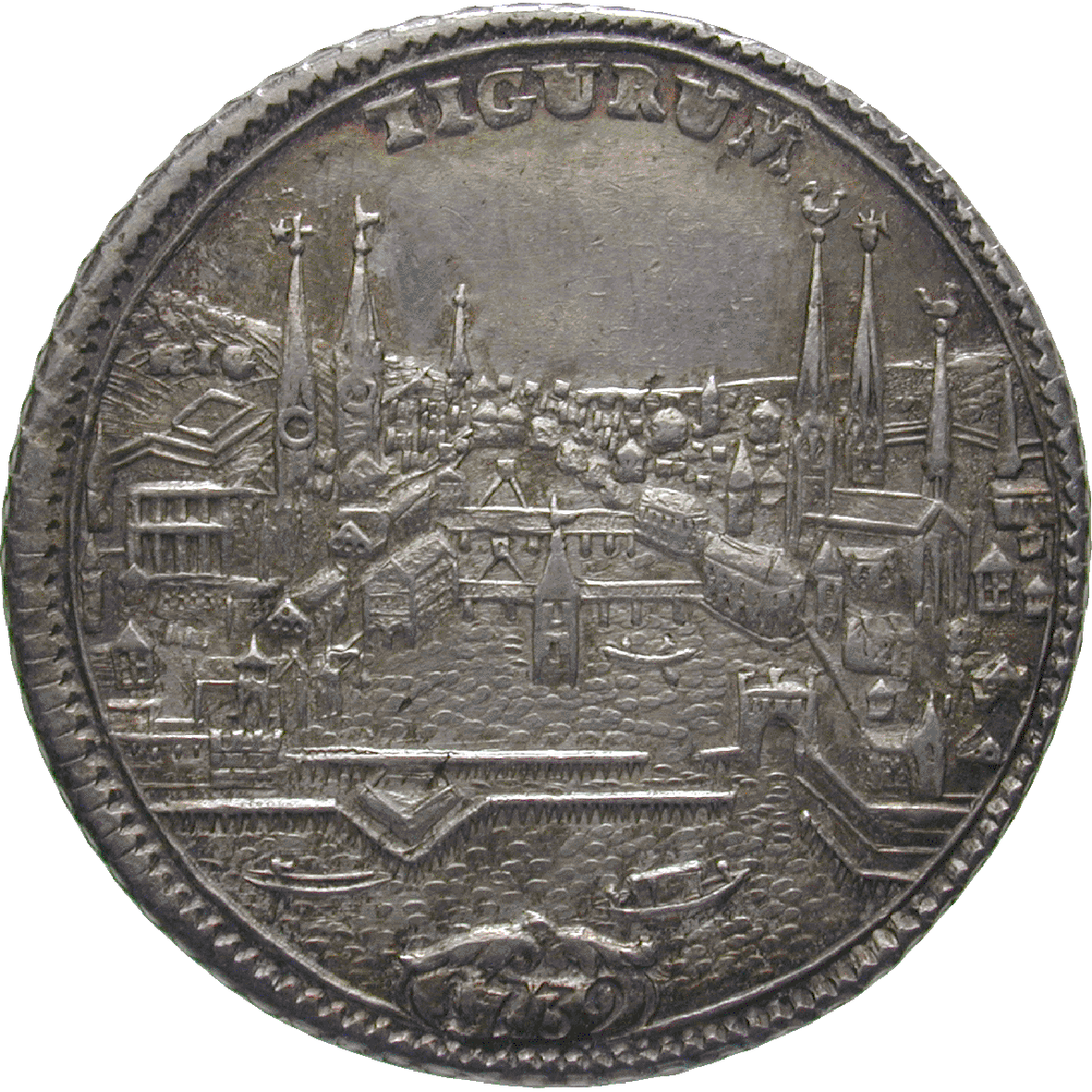 Whoever knows Zurich will soon detect significant differences between the modern cityscape and the city view on the coin shown here. The city is seen from the lake, which was cut off from the Limmat River by palisades until the 19th century; the only way in was through Grendel Gate. In the Limmat stood the prison, the Wellenberg Tower, which was knocked down in 1837. At that time, only two bridges across the river existed: the Rathausbrücke – the oldest connection over the Limmat – and the Münsterbrücke.

On the right side of the river, the Wasserkirche still stood in the water at the time this coin was minted. The Limmatquai, the hithe between the Wasserkirche and Grendel Gate, was built in 1839 to facilitate the embarkation of goods. On the left shore of the river the Bahnhofstrasse, so significant for Zurich today, was built from 1864; for that reason the old Chratz quarter had to be knocked down – including the Chratz Tower, a watchtower of 24 meters (c. 79 feet) height that had been built from erratic blocks.