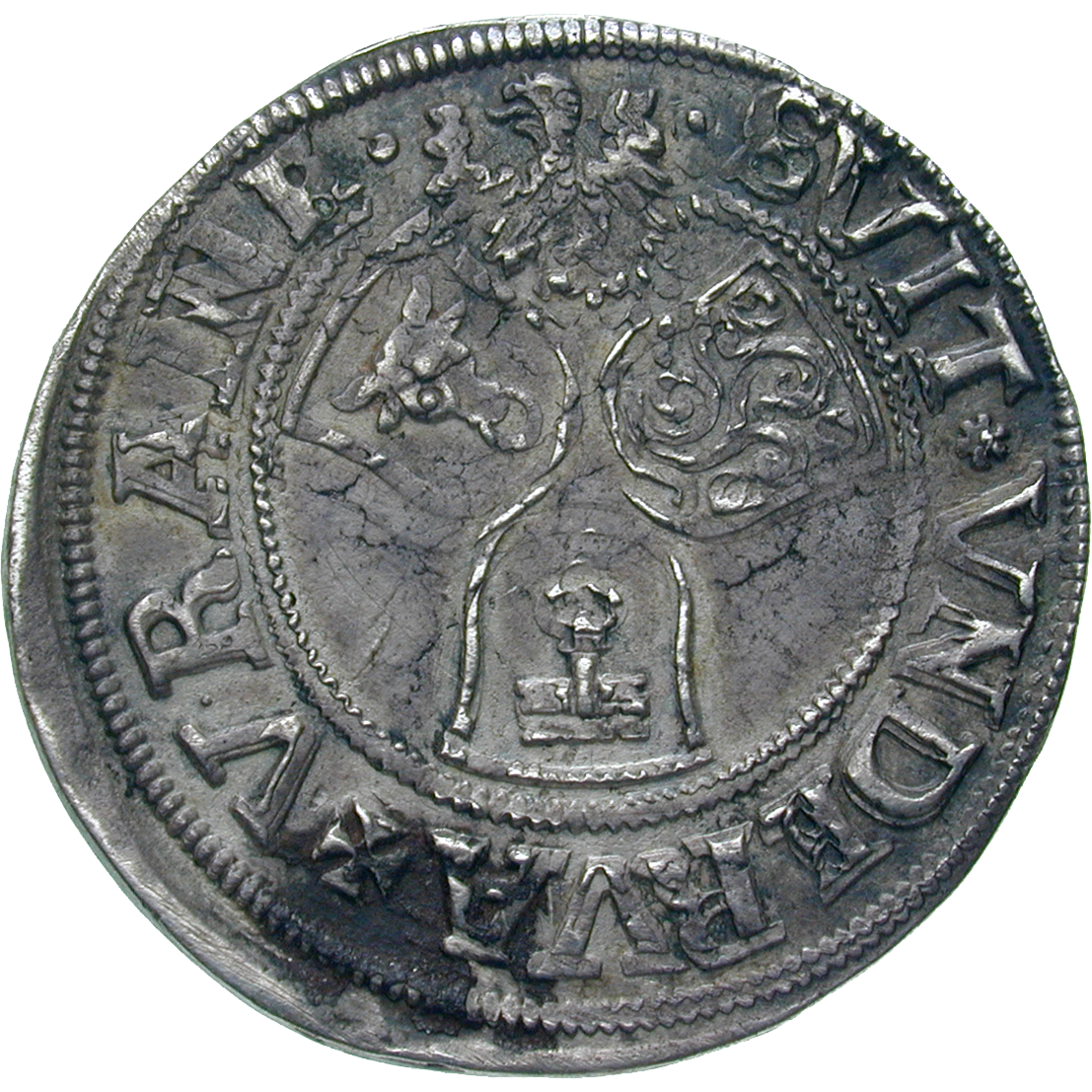 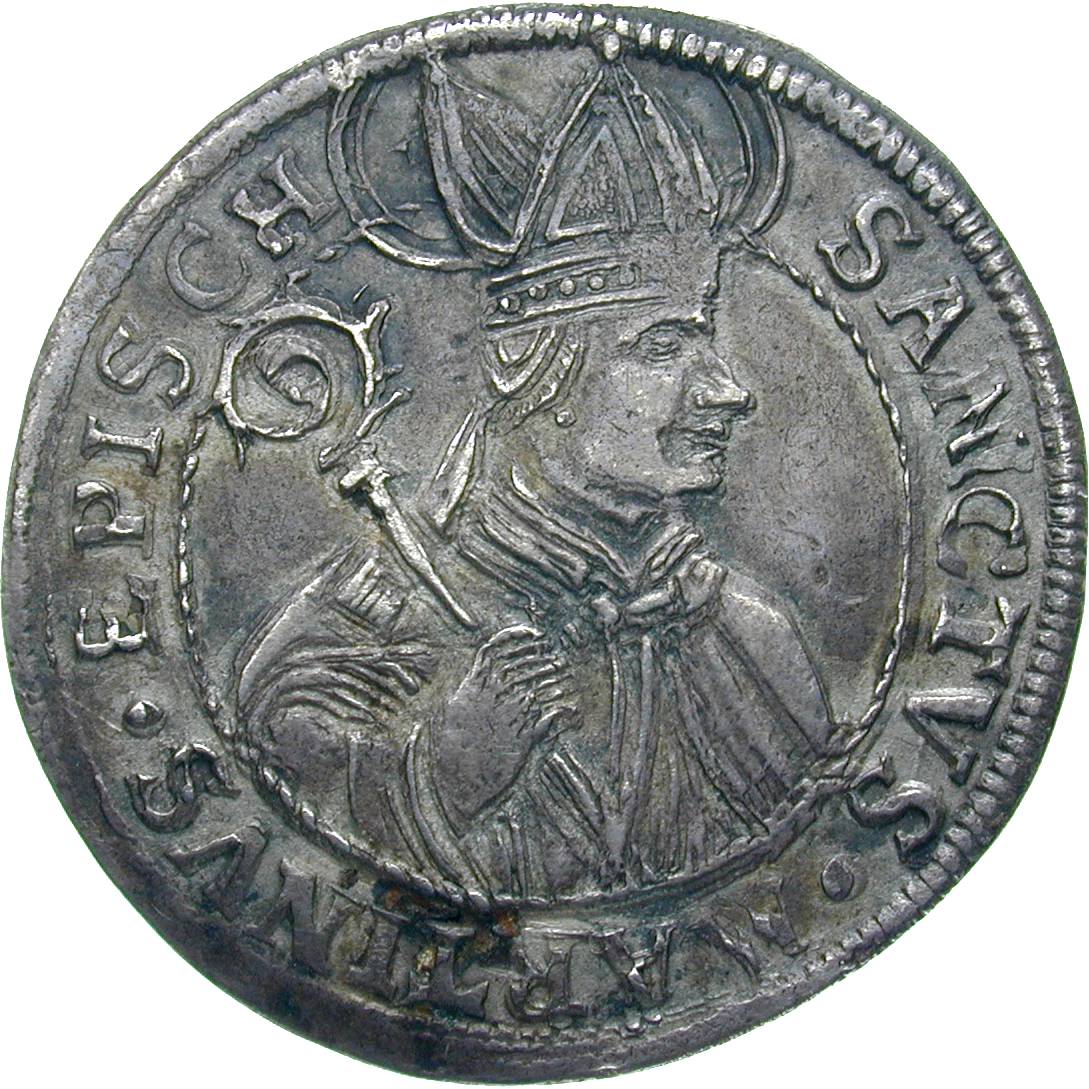 Until the 16th century the three original Swiss cantons used pennies from the Zurich Abbey as means of payment. Central Switzerland belonged to the monetary district of Zurich at that time, and did not mint its own money before 1500. The mint of the three alpine cantons was located in Bellinzona, on the southern side of the Alps, as the money was issued for trade with northern Italy. The Italian neighbors soon complained about the poor quality of the first 'Swiss' coins, however, and the coinage in Bellinzona was ceased. The mint was transferred to Altdorf, the capital of the canton of Uri.

This dicken was minted in Altdorf. The obverse shows the coat of arms of the three original cantons. The reverse depicts Saint Martin, the patron saint of Schwyz and Uri.