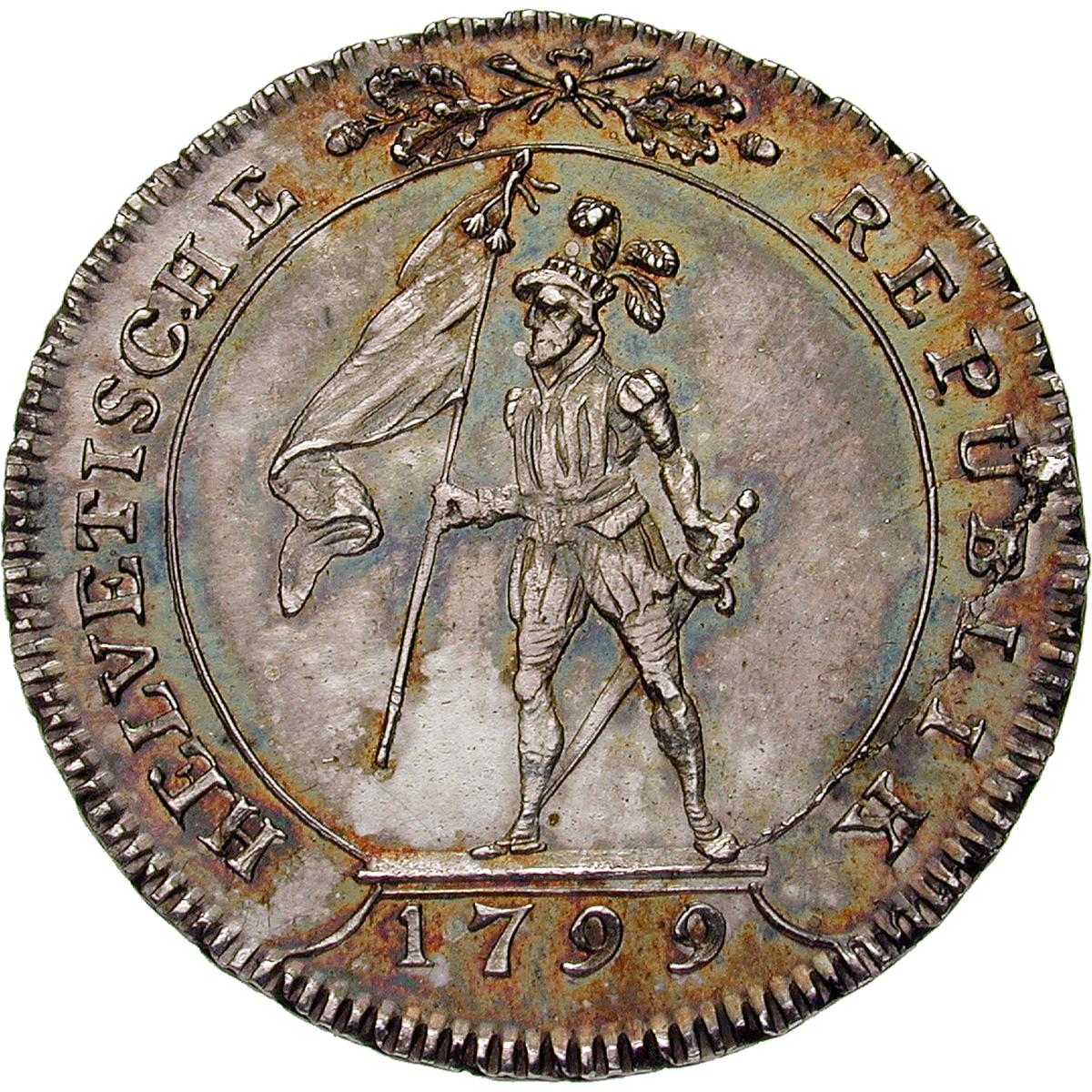 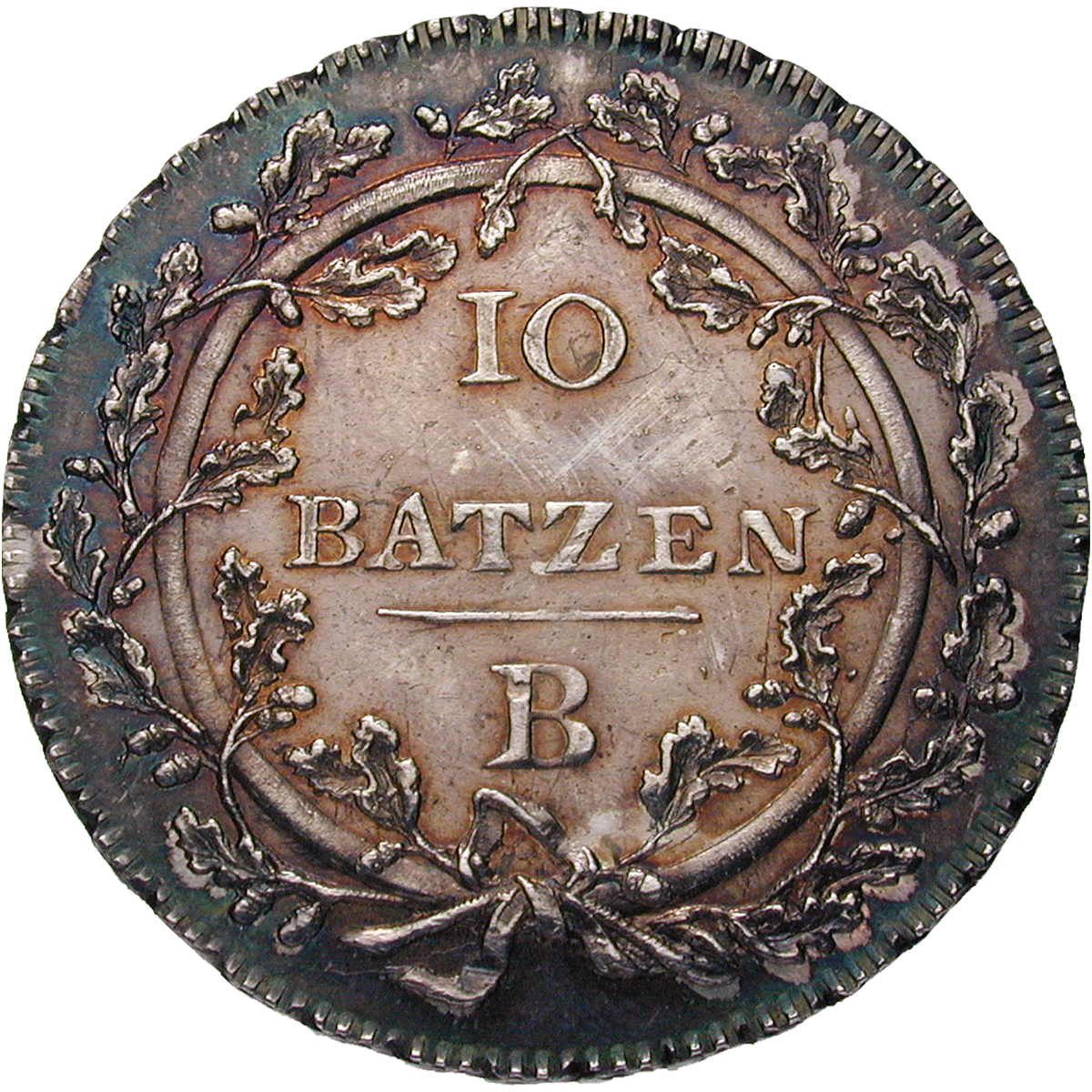 As in most other Middle European states, a multitude of coins circulated in Switzerland towards the end of the 18th century. It is hard to imagine the monetary chaos of that time. In Switzerland coins from different metals and origins were in circulation: cities, bishoprics, abbeys and cantons minted coins at will and mostly without any strict standard. In addition there was much foreign money in use, such as French, Italian, Austrian and German coins. About 8,000 different kinds of coins were circulating! The Helvetic Republic saw the first attempt to unify the minting of coins in Switzerland. A standardized coinage was created that was to replace all the circulating coins. It was the beginning of the Swiss Franc, which divided into 10 batzen and 100 rappens (centimes).