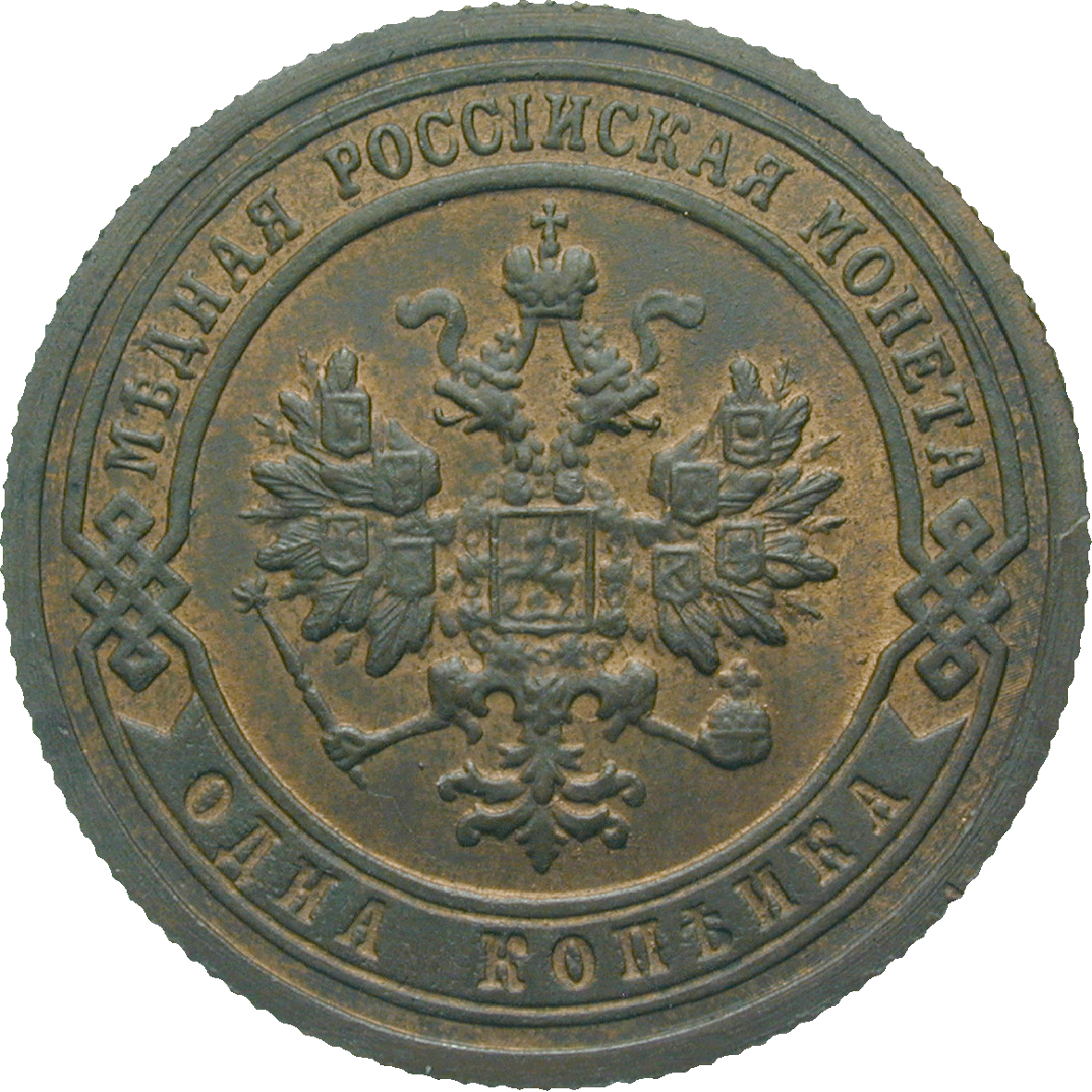 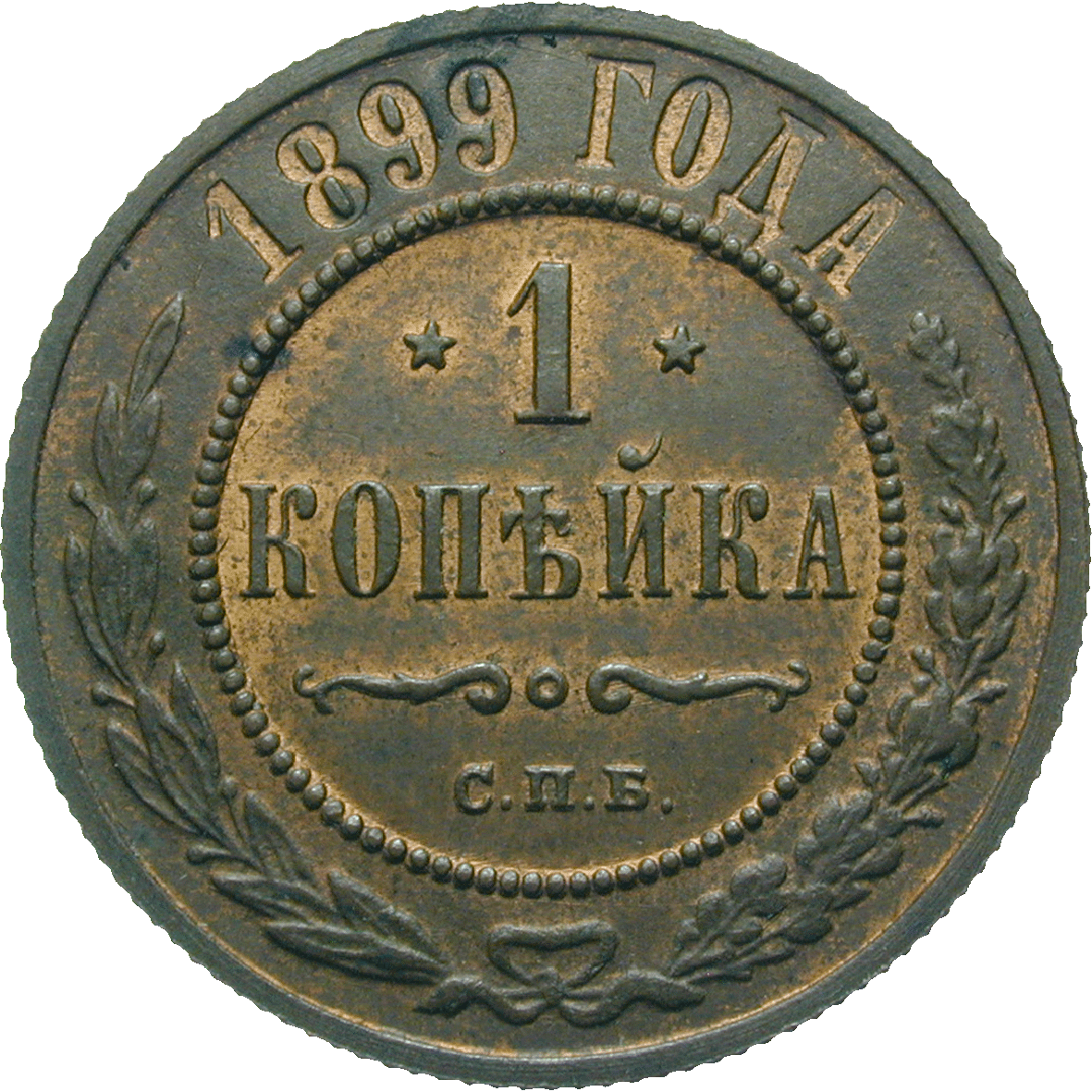 This pretty kopeck was minted during the reign of Nicholas II (1894-1917), the last tsar on the Russian throne. It depicts the Russian double eagle on the obverse, and the denomination on the reverse. The kopeck was introduced in 1535 and has survived to this day. There have been rumors about its abolishment, however. The argument is that it is a useless coin, and that its production is more expensive than its face value. The general director of the Russian money print demented the gossip. "The kopecks remain in circulation," he said, "at least for the time being."