Visigoth Empire, Tremissis in the Name of Justinian 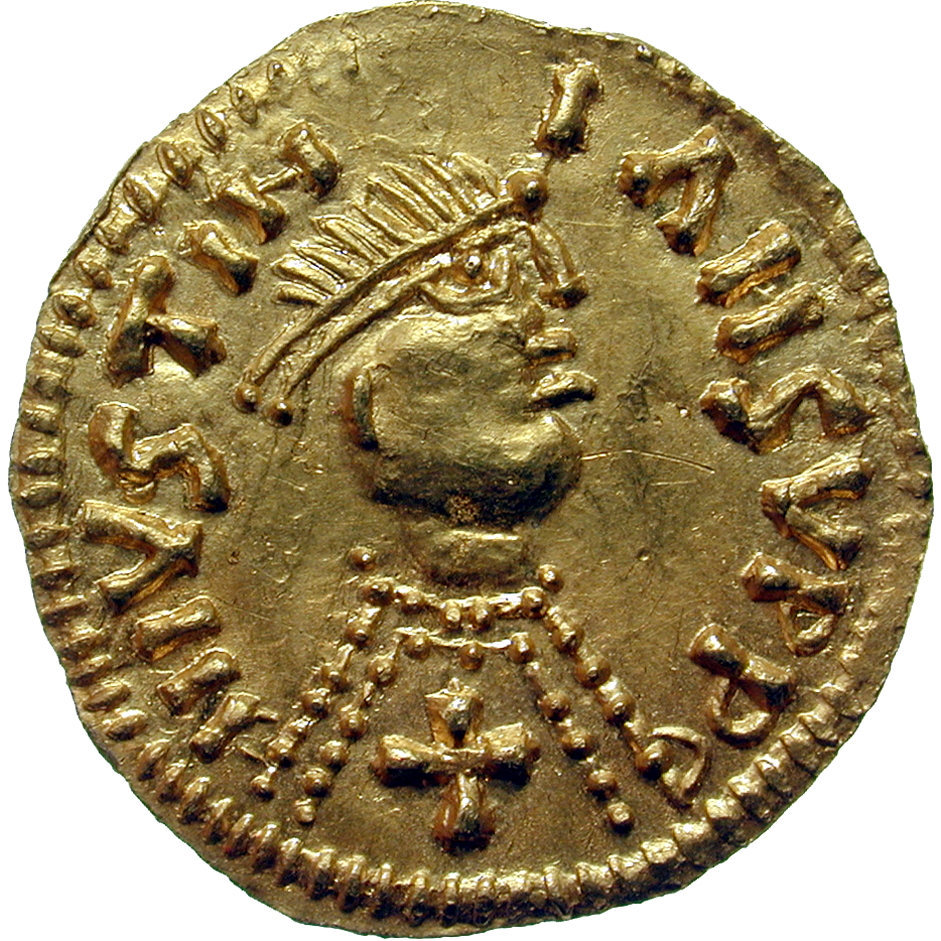 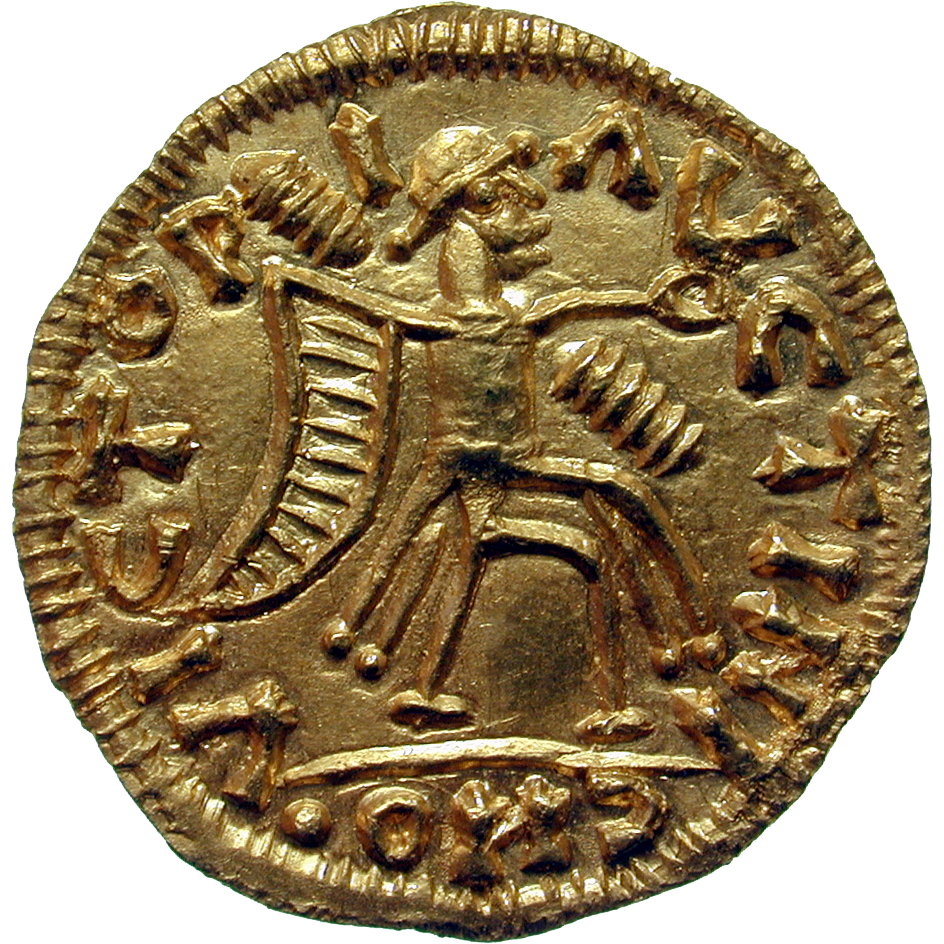 The Visigoths conquered Rome in the early 5th century. They settled in the perishing Western Roman Empire and by and by adopted Roman customs, among them the art of coinage. Like the Byzantine emperors, the kings of the Visigoths issued only gold coins. The most common were the tremisses, third-solidi. The designs on Visigoth coins were imitations of imperial coin images too, although in a completely unique style. This tremissis shows the bust of emperor Justinian (527-565) Visigoth style.