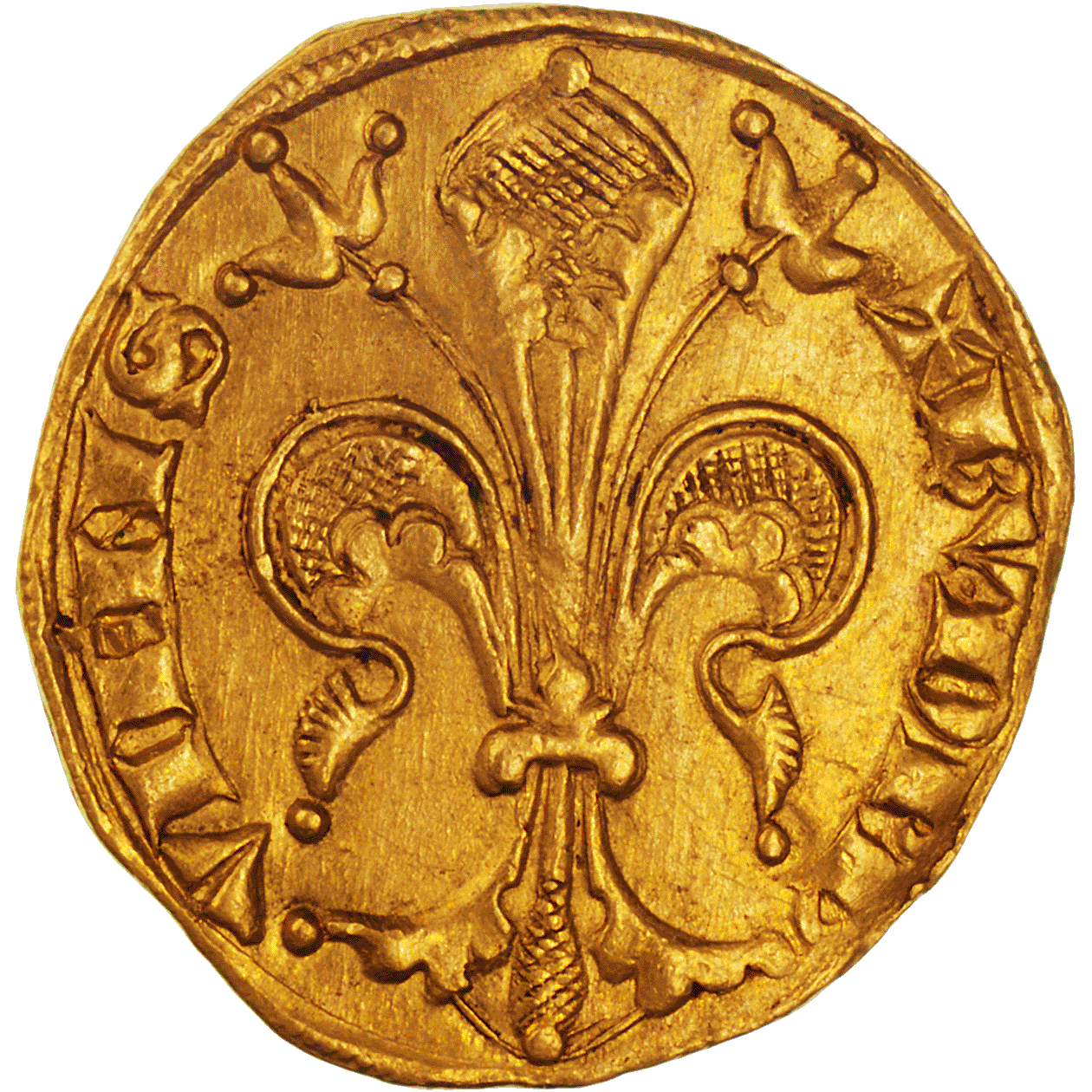 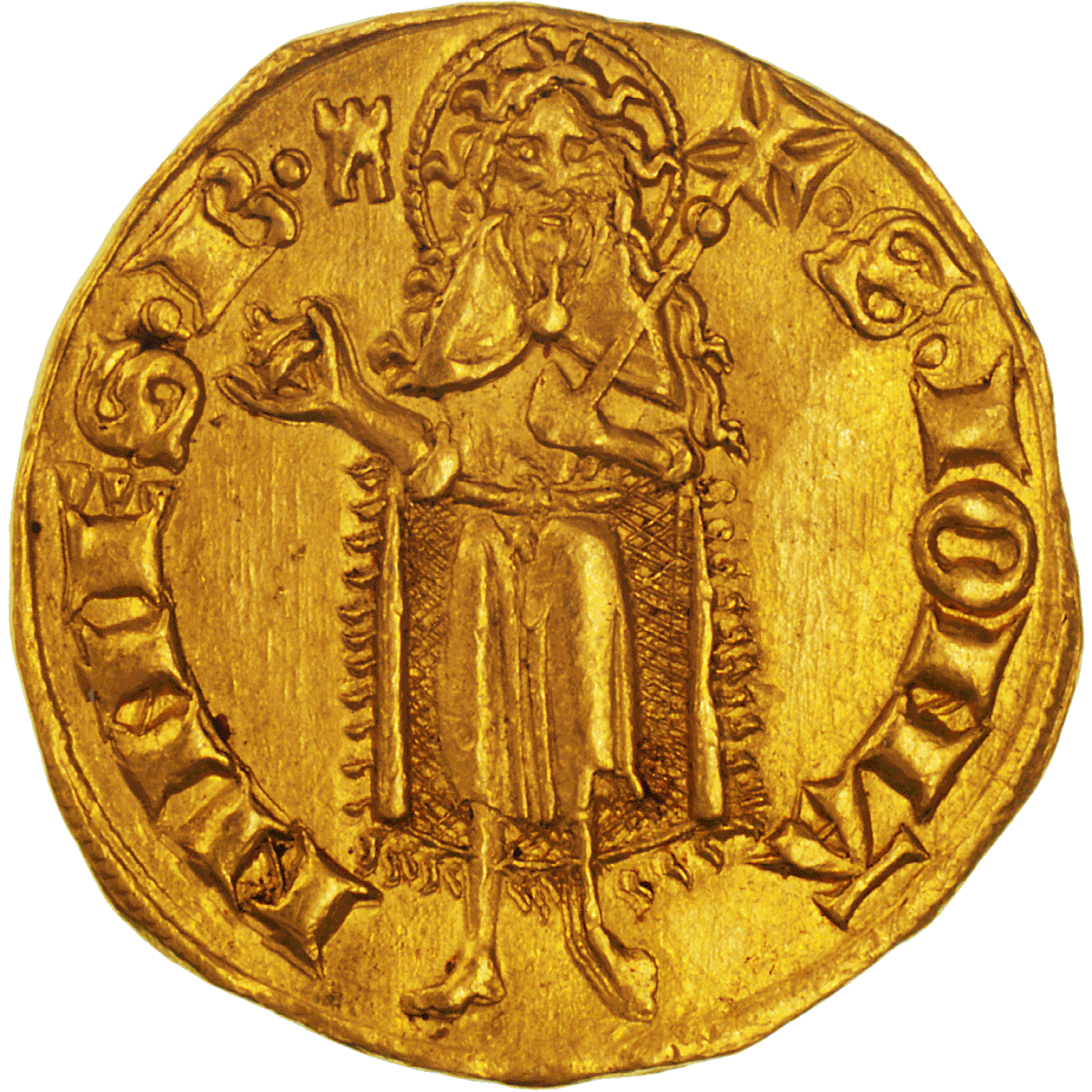 The florin was the most important gold coin of the Middle Ages. Issued for the first time in Florence in 1252, it bore a lily flower on its obverse, as the lily was the city symbol of Florence; the reverse depicted John the Baptist. Since the early 14th century, florins were imitated on the north side of the Alps.

Like on this French florin, the original images were kept on the early imitations. This coin was minted in the city of Tours, as the little tower on the reverse indicates, by Humbert II (1333-1349), duke of the Dauphiné. The inscription on the obverse reads HV DPH VIENS (Humbertus Delphinus Viennensis), and on the reverse S IOHANNES B (Sanctus Johannes Baptista).