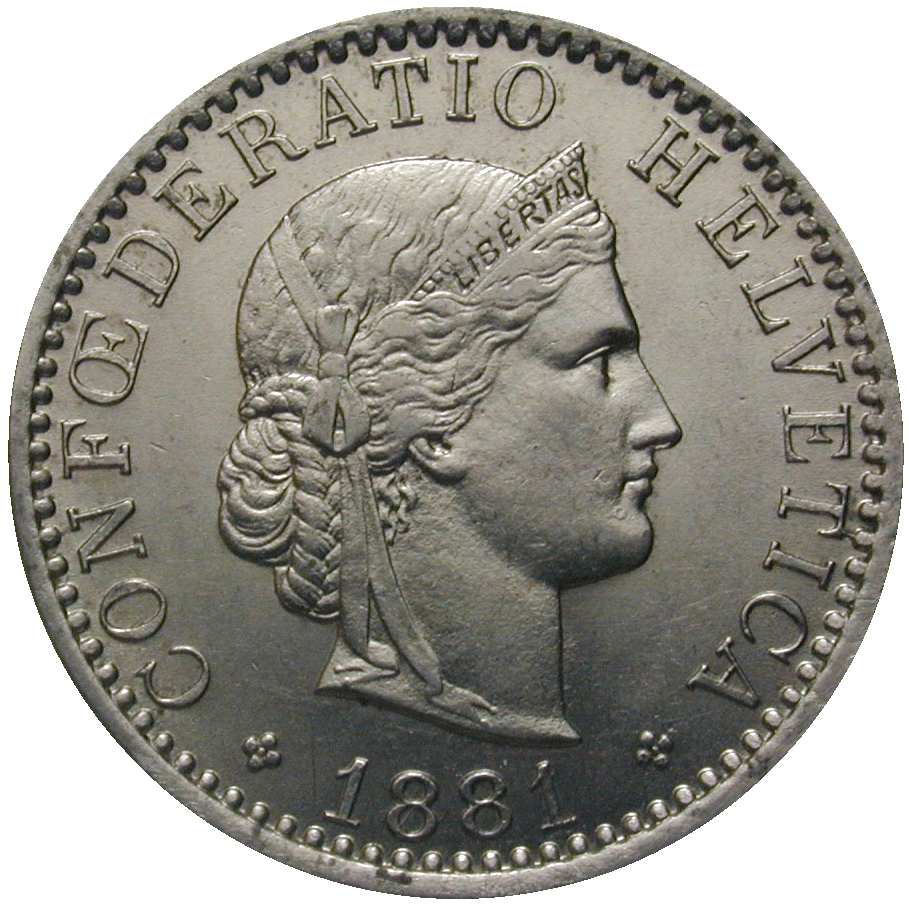 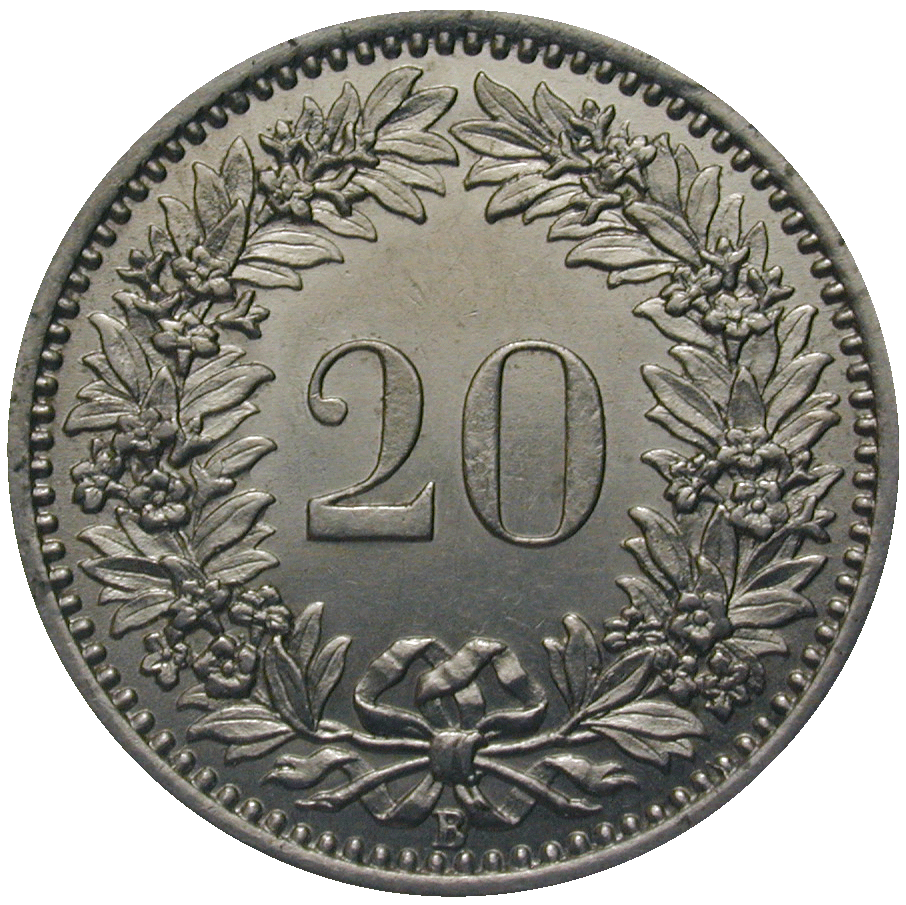 At the beginning of the 1880s, a counterfeiter brought the Swiss national government into motion. In the valleys of the Lower Valais, one Joseph-Samuel Farinet forged 20-rappen-pieces that enjoyed more confidence among the rural population than the paper money from the cantonal bank of the Valais. People considered Farinet's coins to be more genuine than the cantonal paper money, because they at least contained metals. In the face of the high number of forged coins in circulation, Switzerland started coining 20-rappen-pieces from pure nickel in 1881. The new nickel coins were more difficult to counterfeit than the previous coins from a softer alloy. The melting point of nickel is high, and strong mills are needed to mint nickel coins. This complicated counterfeiting. At the same time, the coin motif was changed. The new coins bore the head of Libertas, an allegory of liberty, as shows the inscription LIBERTAS on the diadem. Since then, the motif 20-rappen-coins has remained the same.