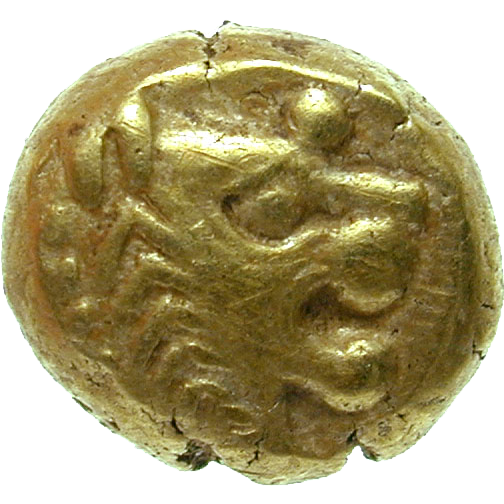 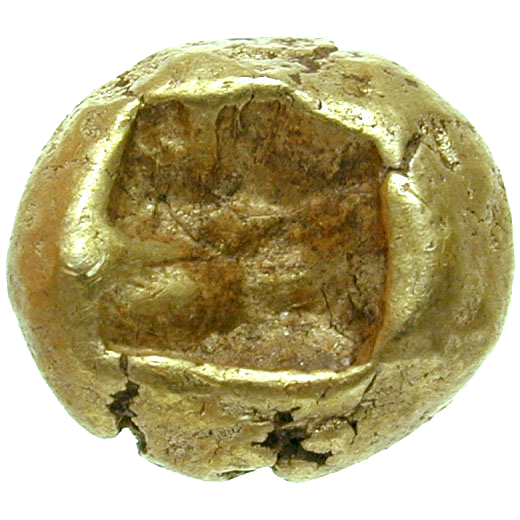 The earliest coins are often connected with King Gyges, the first Lydian king of the Mermnad dynasty. It remains uncertain, however, whether Gyges indeed already issued coins. He was succeeded by the kings Ardys, Sadyattes, Alyattes and Croesus. Of Alyattes it is known for certain that he had an impressive emission of coins. This hemihecte, the twelfth of a stater, could well be issued during his reign.

Whoever was the coining authority of this piece, the kings of the Mermnad dynasty played a key role in the development of money and coinage. Croesus, the last Lydian king (c. 561-546 BC), abandoned the issue of electrum coins in favor of gold and silver, and developed the first bimetallic currency system with diverse denominations related to each other.