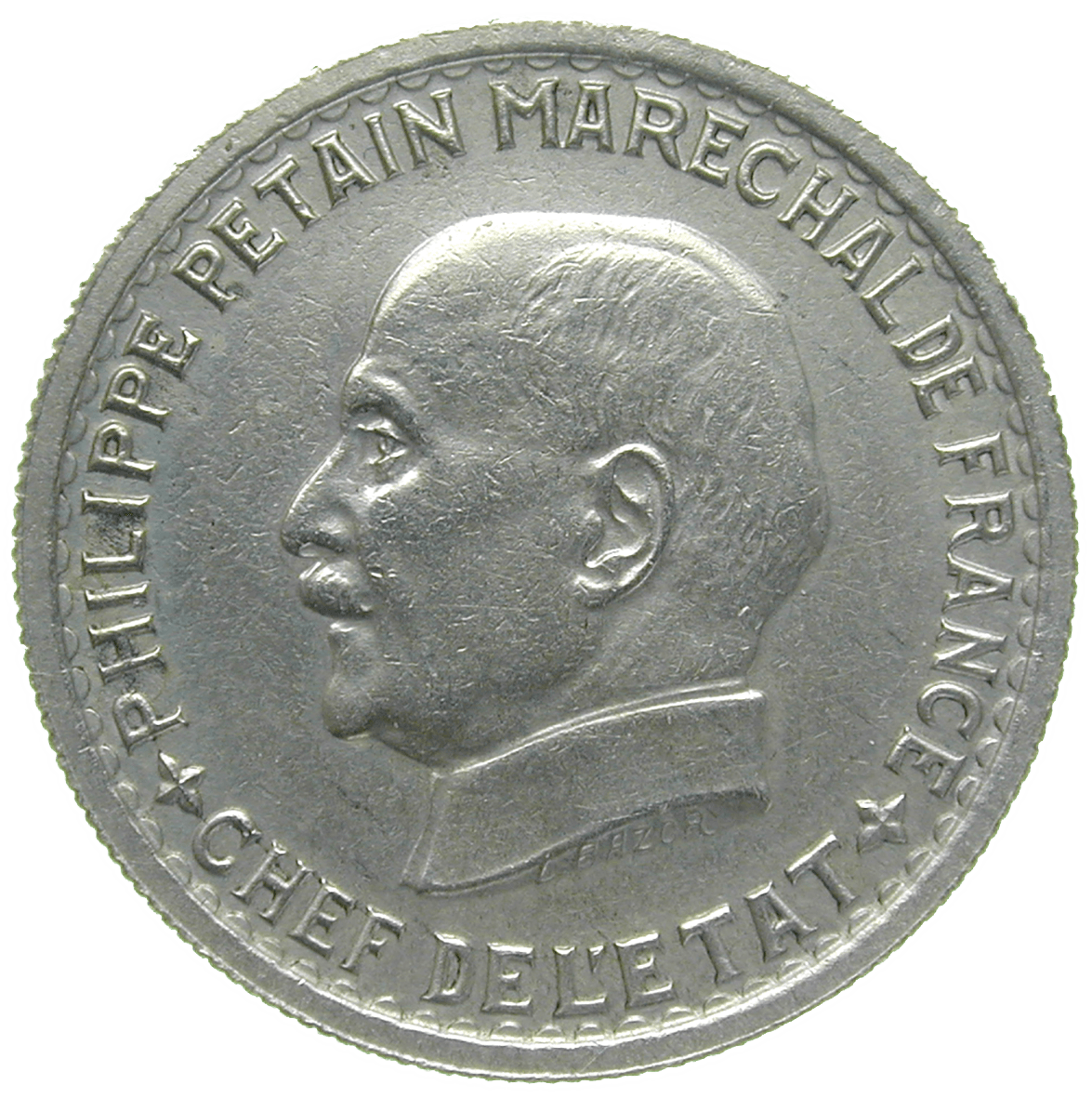 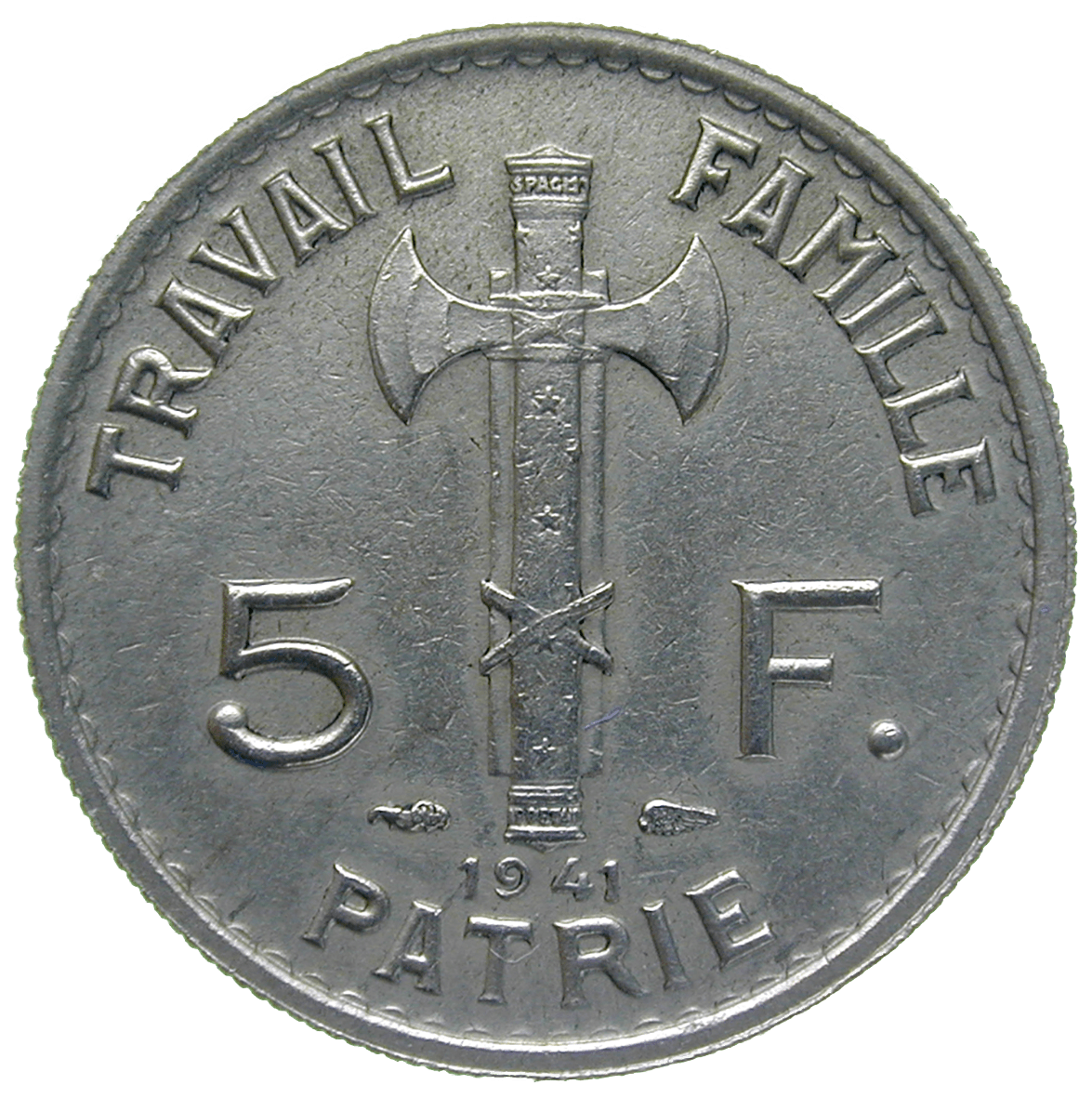 In June 1940, German troops marched into Paris and occupied the northern part of France. Subsequently in the south, a significantly smaller new French state arose that was called Etat Français. Chief of the État Français was Philippe Pétain (1940-1944), already aged 84 at the time, whom we see depicted on this coin. The inscription on the obverse reads PHILIPPE PETAIN, MARECHAL DE FRANCE, CHEF DE L'ETAT. The reverse announces the motto of the regime – TRAVAIL, FAMILLE, PATRIE: Work, Family, Fatherland, while the image depicts a battle-ax, the emblem of the Vichy regime on the French flag.