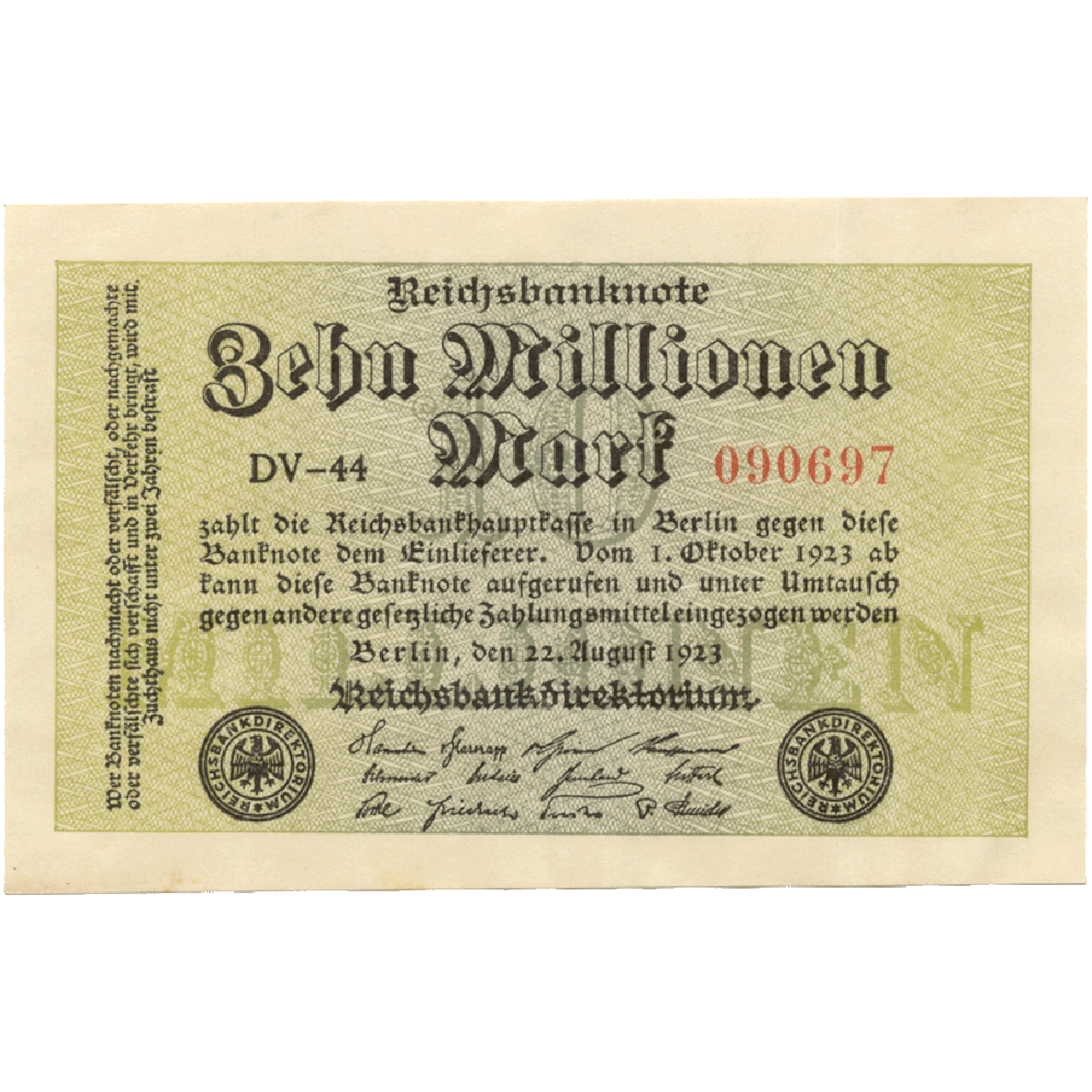 At the end of the lost war – on November 11, 1918 –, the stabilization of German currency seemed impossible. Quite contrary: the reorganization of the country, the conversion from wartime to peacetime economy had to be bought costly. Homecoming soldiers had to be reintegrated; disabled and surviving dependants had to be financially supported. The victorious powers' claim for reparations strained the German treasury even more. According to the Treaty of Versailles of July 28, 1919, Germany was to pay compensations worth 20 billion gold mark until April 1921. And this was merely an advance payment; for the time being, the total sum of reparations was left open.