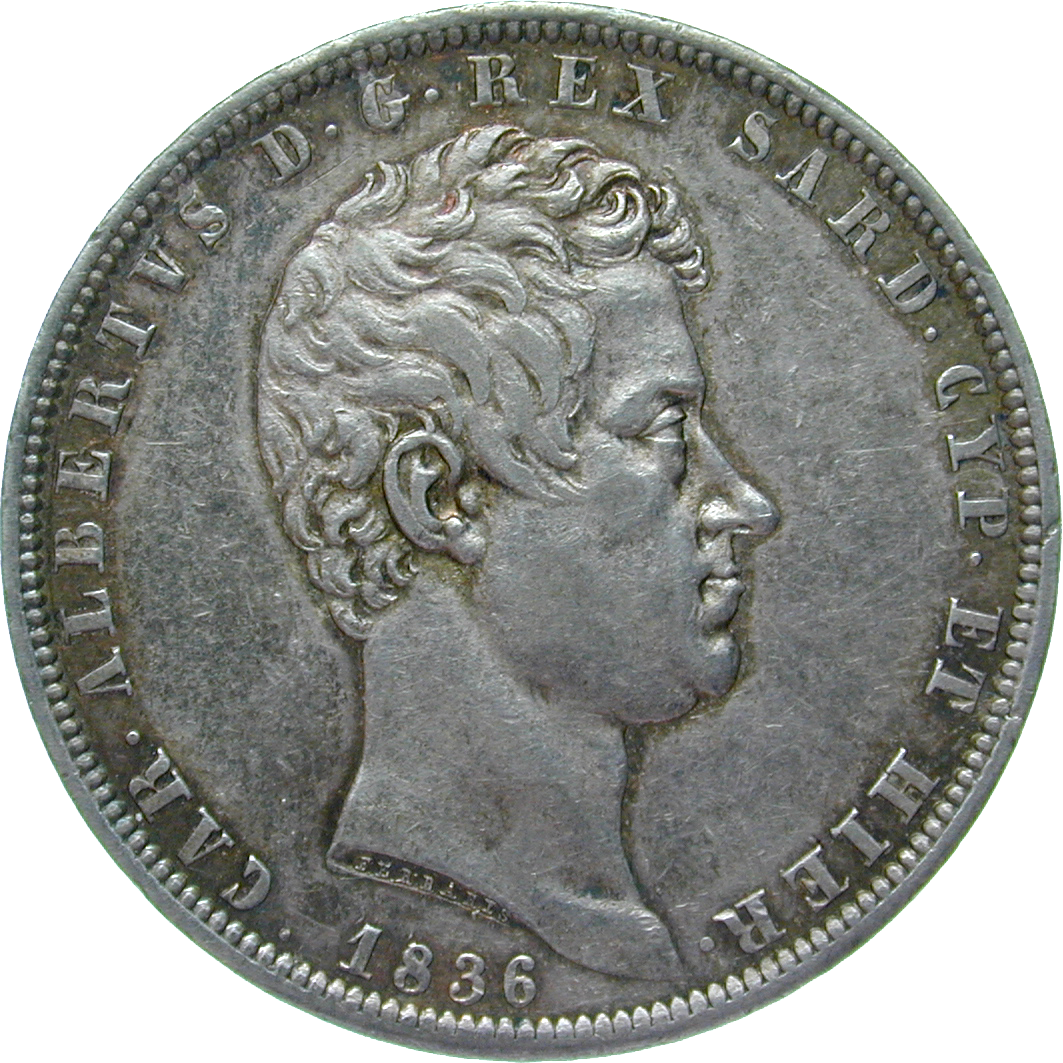 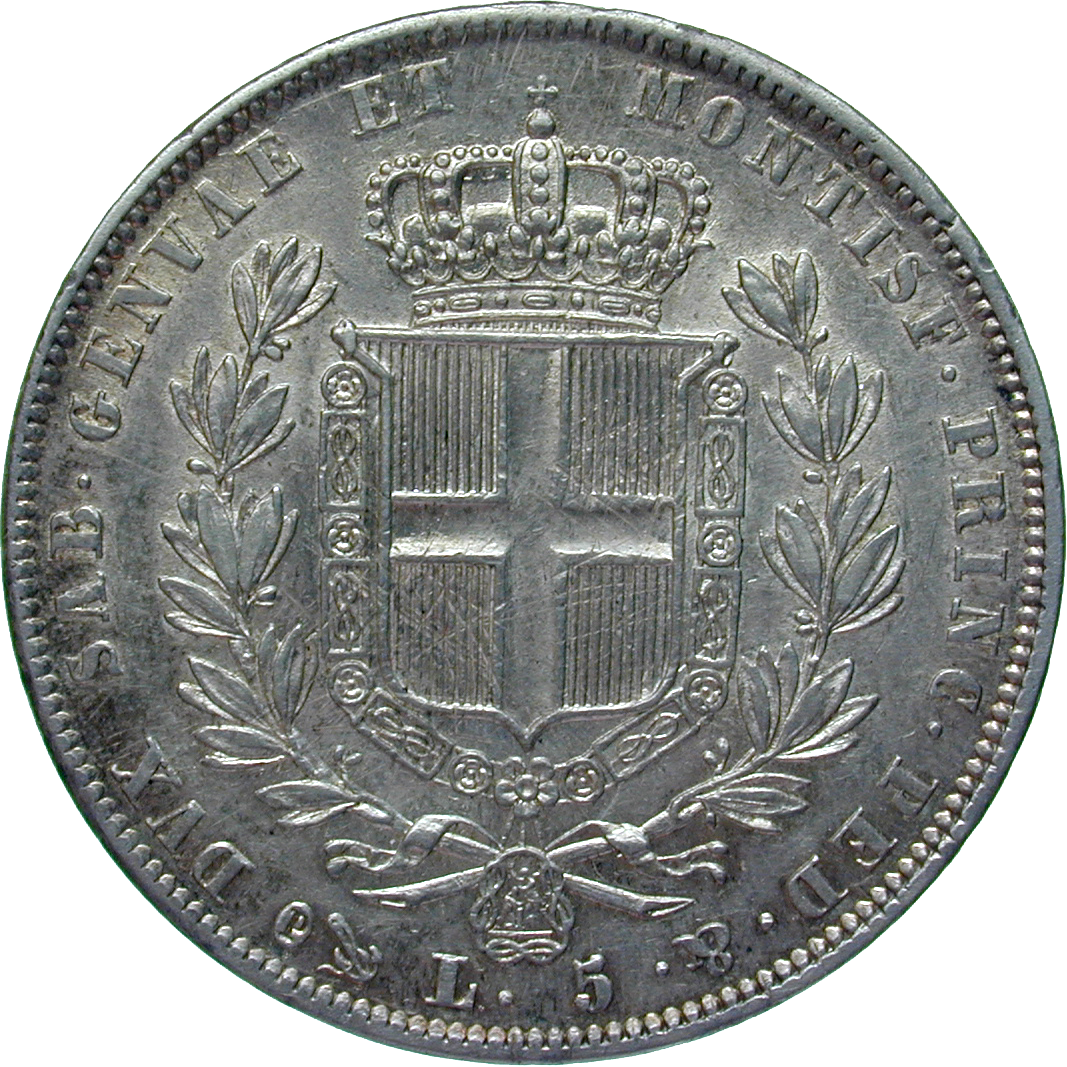 The legend on this coin shows that Duke Charles Albert of Savoy (1831-1849) was also king of Sardinia, Cyprus and Jerusalem. Officially, the realm's name was "Kingdom of Sardinia, Cyprus, and Jerusalem, Duchy of Savoy and Montferrat, Principality of Piedmont." The rulers of Savoy became involved in wars and conflicts now and again because of the strategically important status of their territory between France and Northern Italy. In the course of the many peace conferences, they often got awarded with additional lands – and sometimes with melodious titles, too. In such a way the dukes of Sardinia-Piedmont attained Sicily in 1713; some years later, they swapped Sicily against the island of Sardinia.