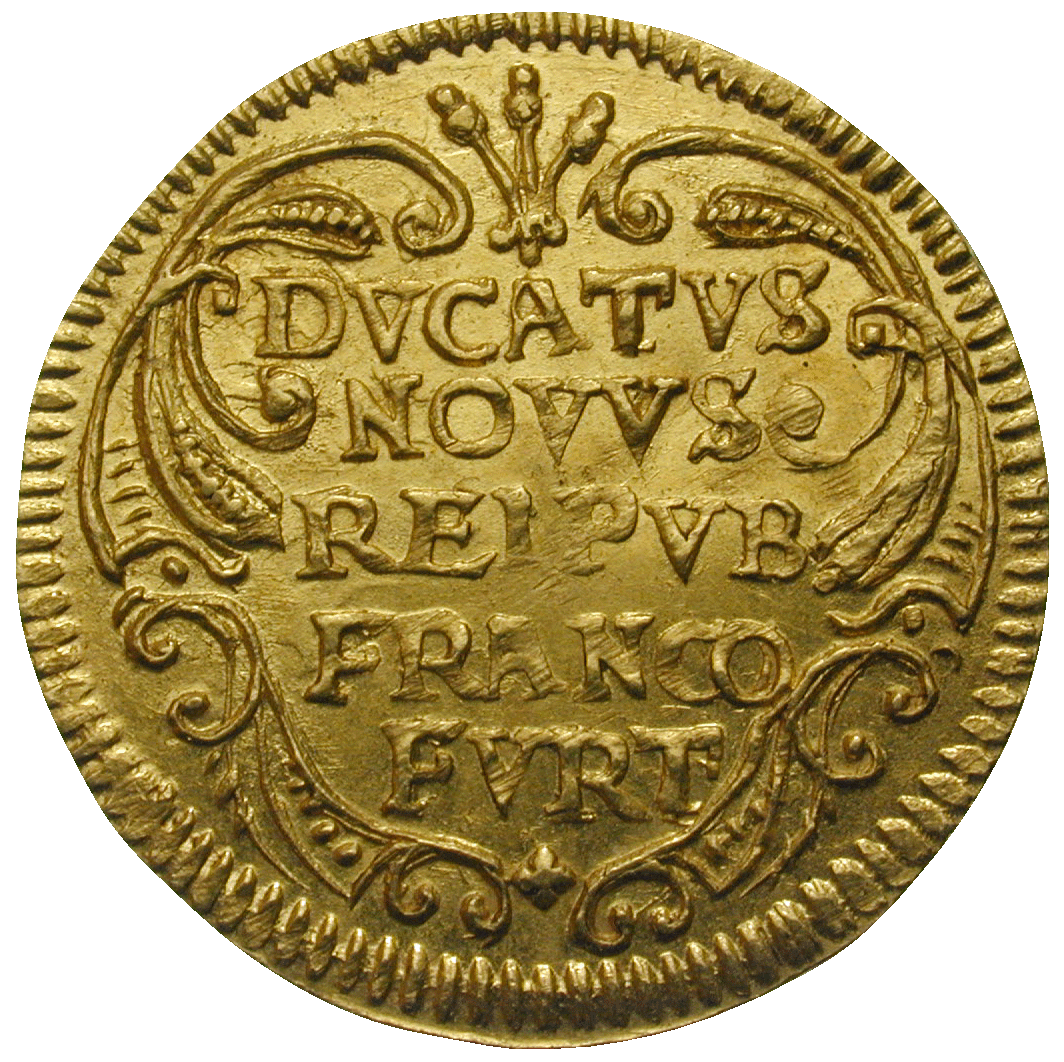 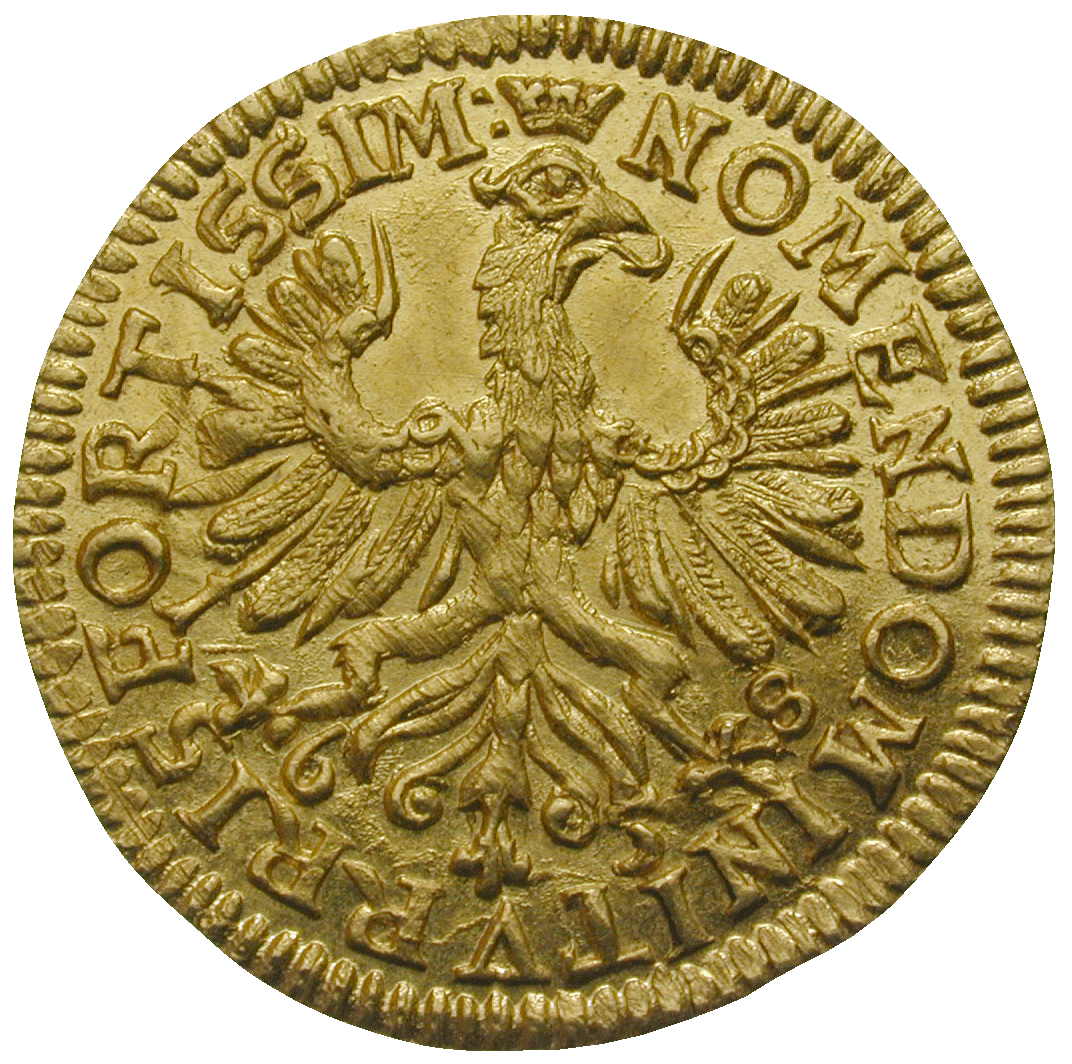 Monetary business was mainly conducted in silver during the second half of the 17th century in German lands. But some gold coins were minted nevertheless. They were used for bribes and gifts. The Free City of Frankfurt issued portly gold coins for exactly that reason: In 1658, Leopold I was nominated as emperor of the Holy Roman Empire – after long bargaining and the payment of remarkable sums for the benefit of the electors. Who knows, maybe this ducat was among the money that made the election possible.