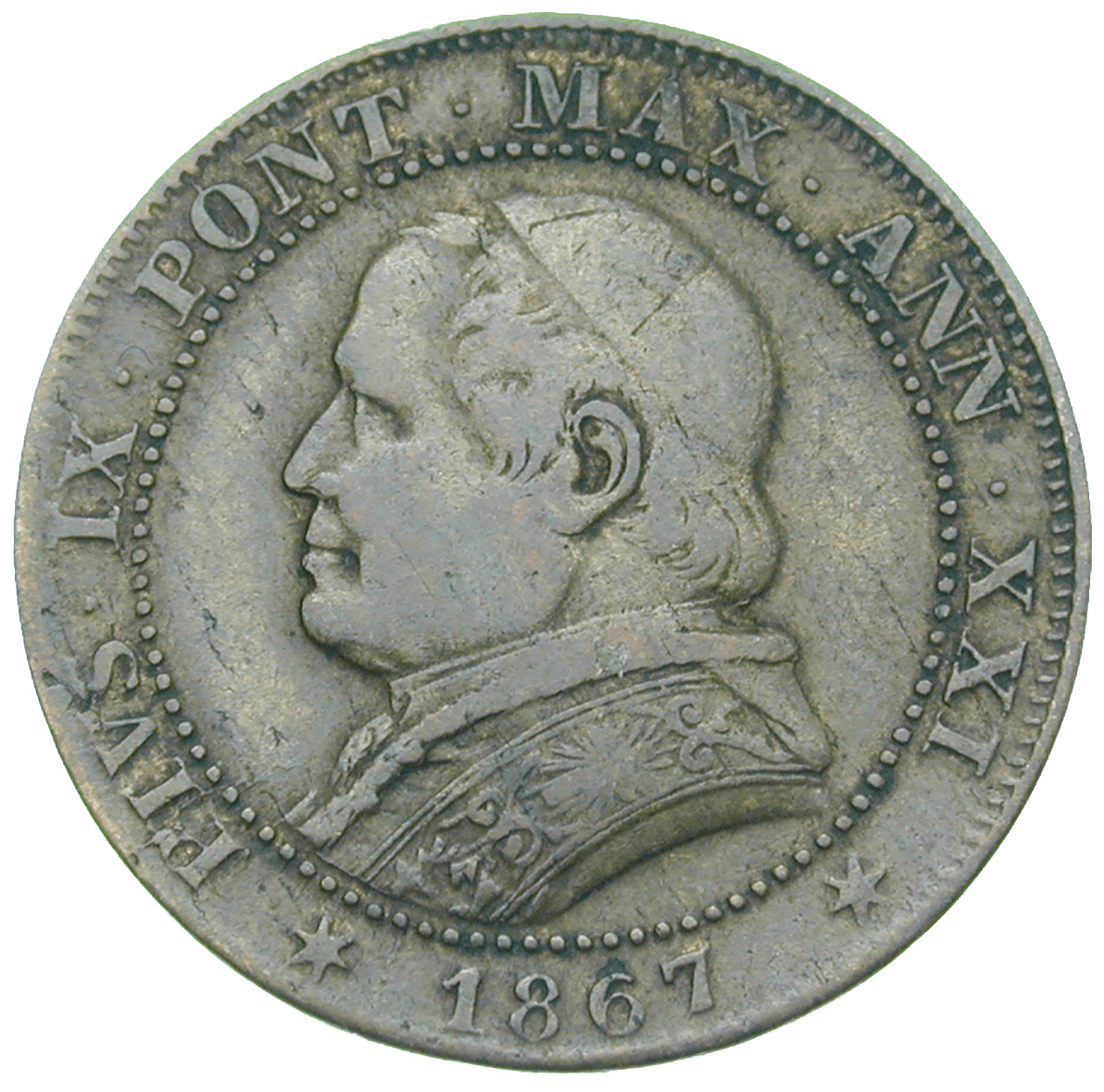 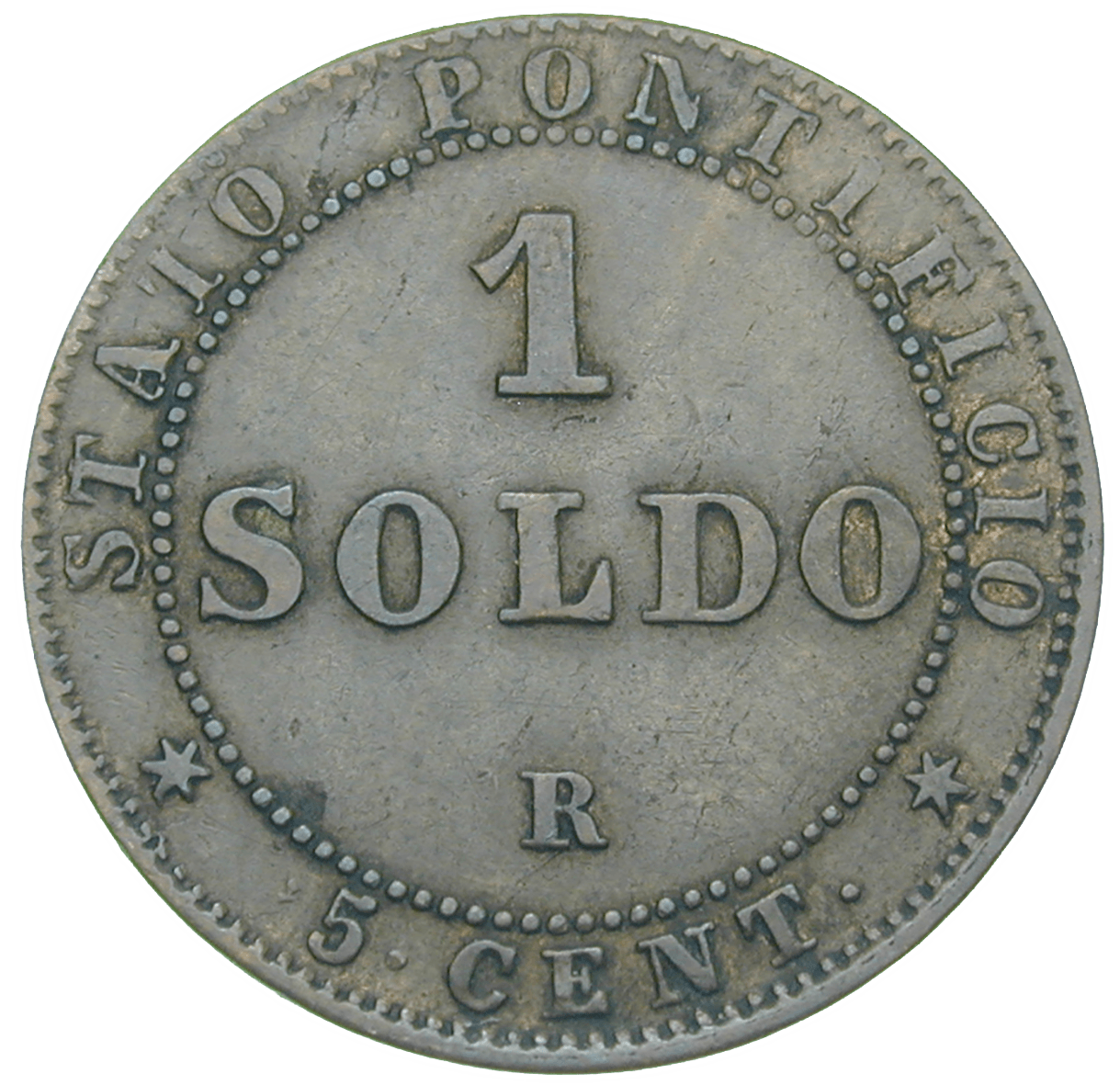 After his coronation to King of Italy in 1805, Napoleon Bonaparte introduced the French currency system to his new kingdom; the name "franc" was replaced by the traditional Italian coin name "lira." The lira currency of French standard remained in use in northern Italy even after Napoleons downfall in 1815. In the Papal States, the "scudo romano" was in use at that time; after a papal decree from 1835, one scudo equaled 5.38 lira of French standard. In 1866, the pope finally adopted the lira for the Papal States, thereby at the same time introducing the decimal system fir the new papal currency: From then on, 1 lira of the French standard held 20 soldi or 100 centesimi.