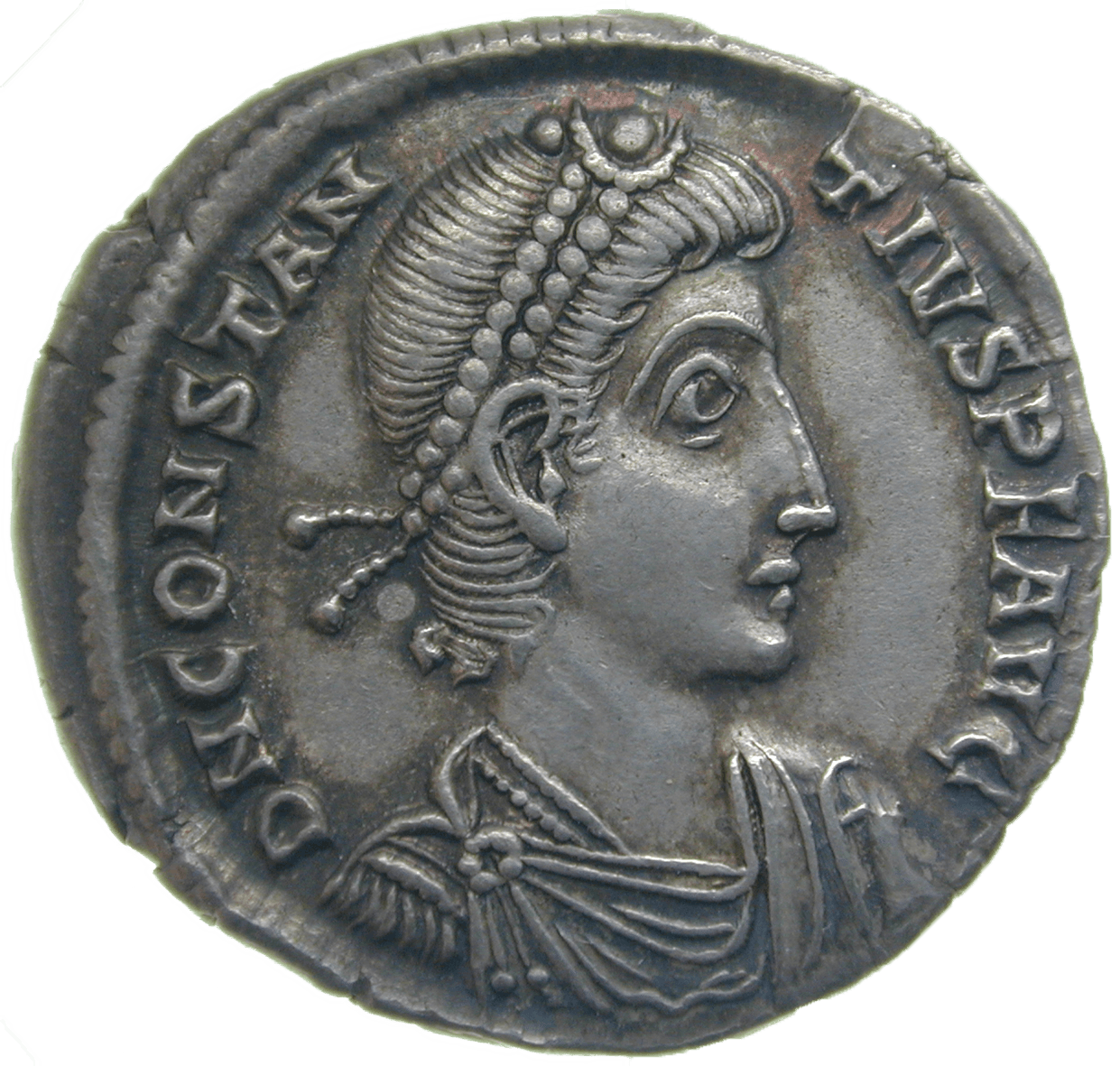 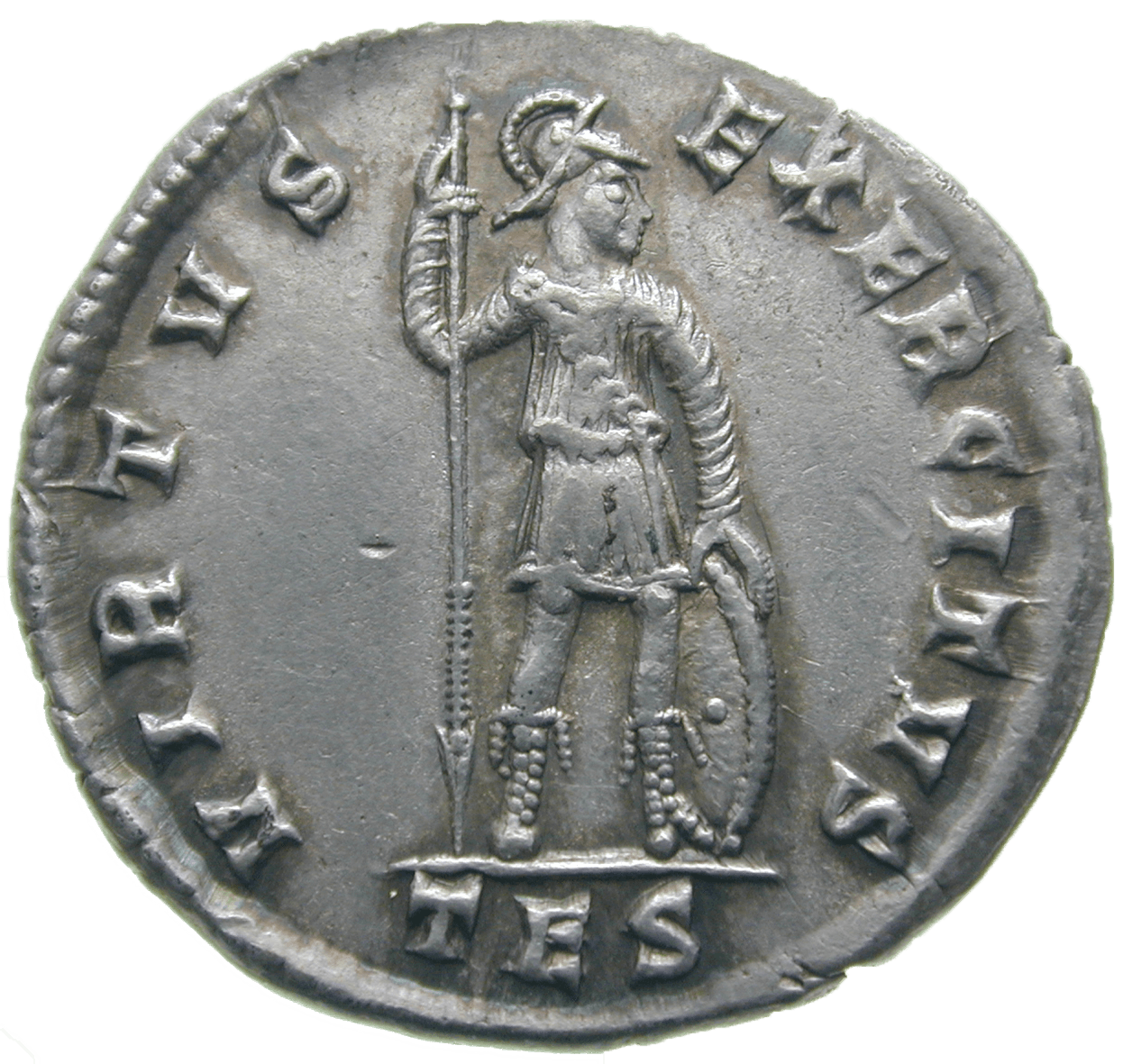 The light miliarense was issued from about 344 and was somewhat more frequent than the heavy type. This piece was issued by Constantius II (337-361); it shows the portrait of the emperor on the obverse and a warrior with a lance and an armor on the reverse.