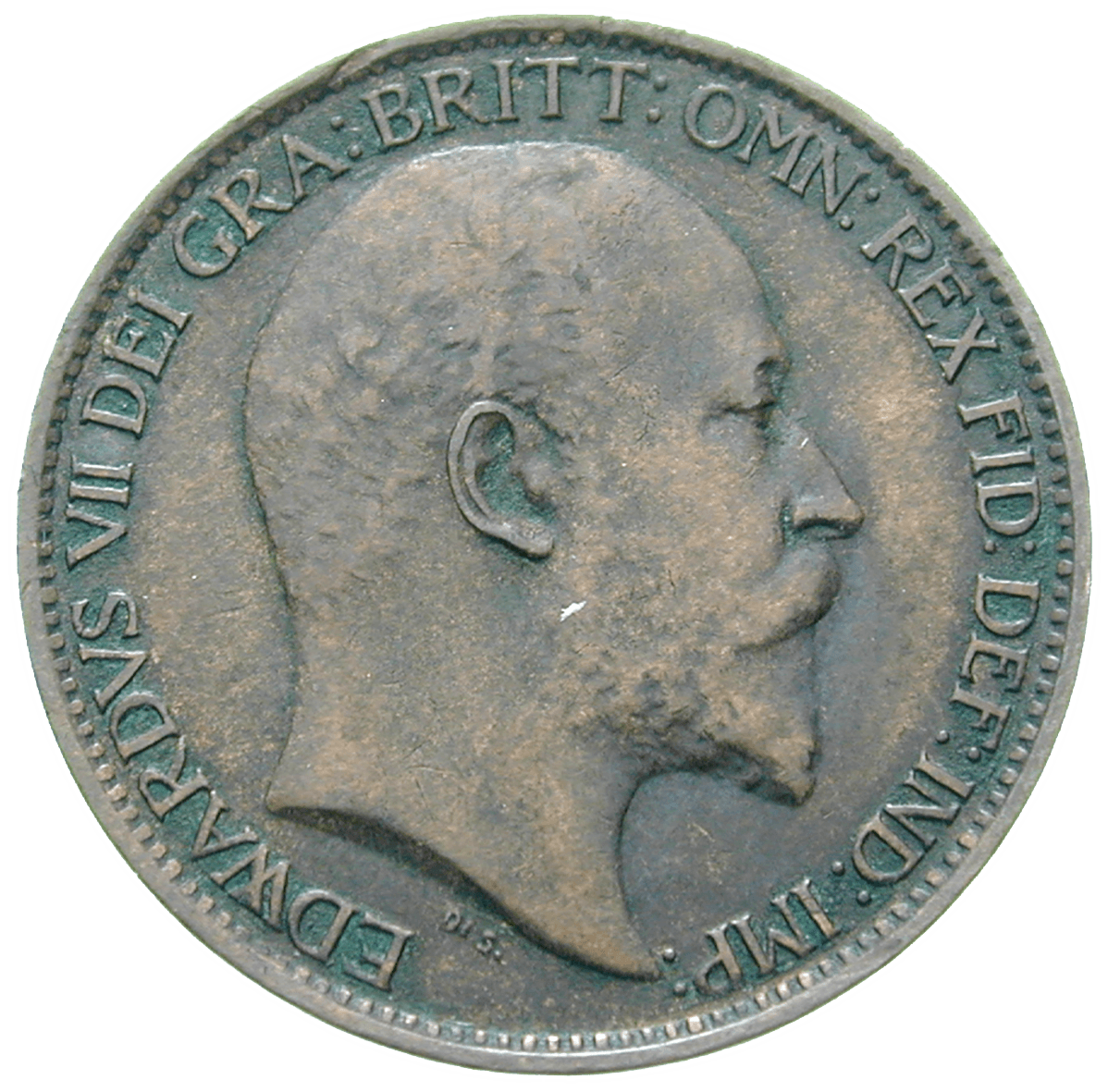 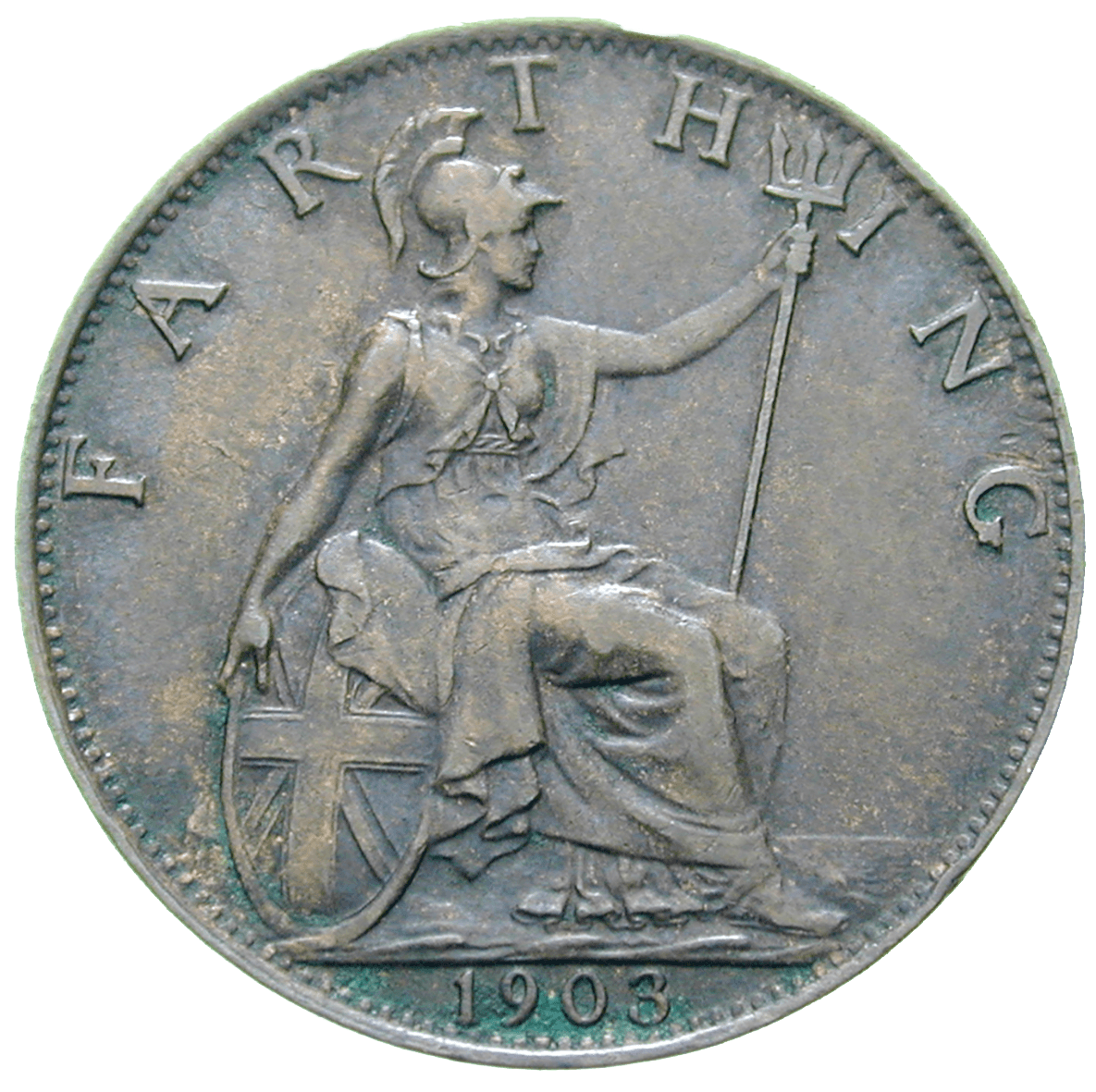 In 1672, Britannia, the personification of Great Britain, appeared on half pennies and farthings for the first time. She went back to the Roman emperors, who had an affinity for the personification of places. As an allegory on the naval power of Great Britain, Britannia is depicted on British coins up to this day. She is holding a trident, the symbol for power over the sea – already the Greek god Poseidon used to have one. Britannia's helmet signals readiness for defense, and she puts her hand on the Union Jack, the national British flag, protectively.