Republic of the United Netherlands, Province of Utrecht, 10 Stuivers 1750 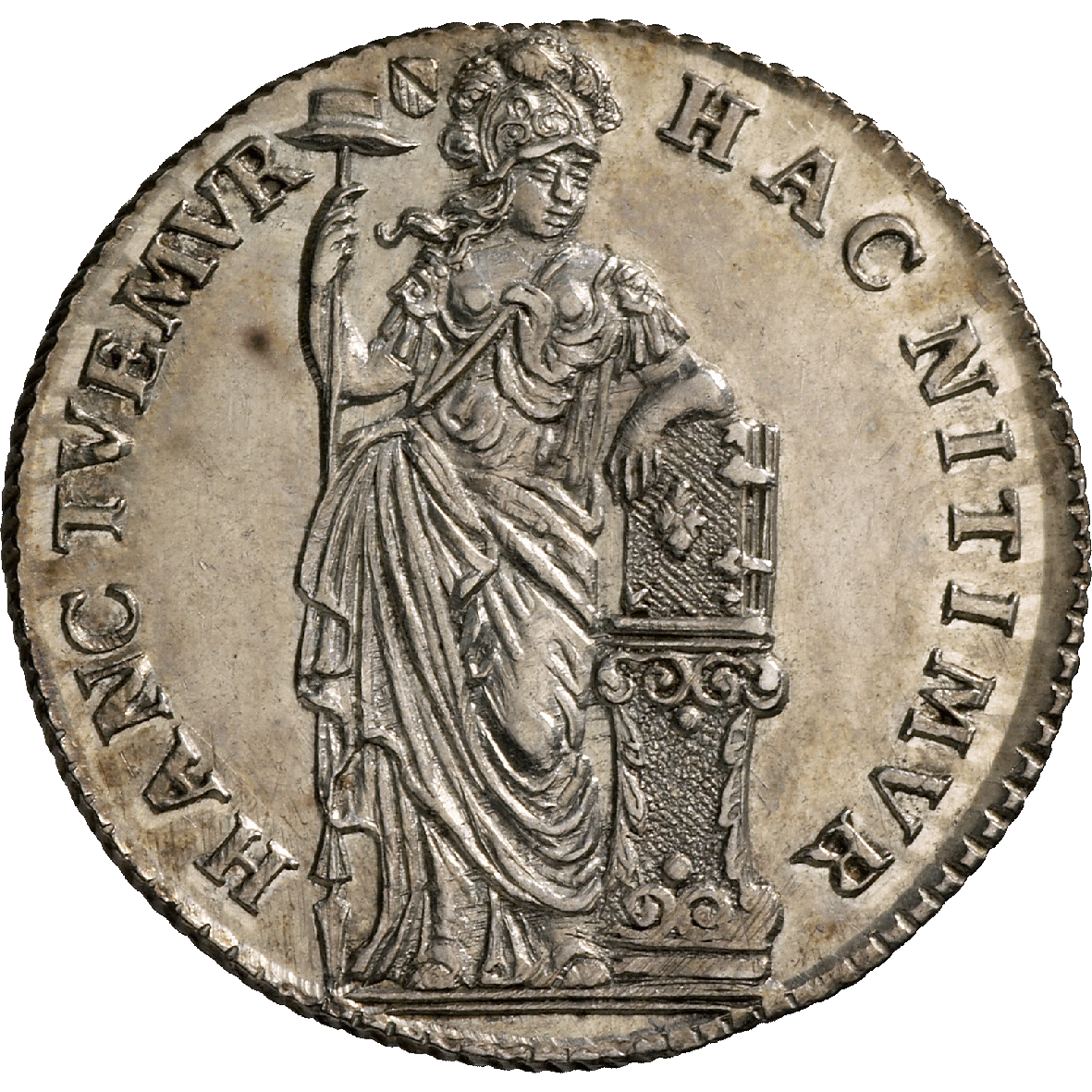 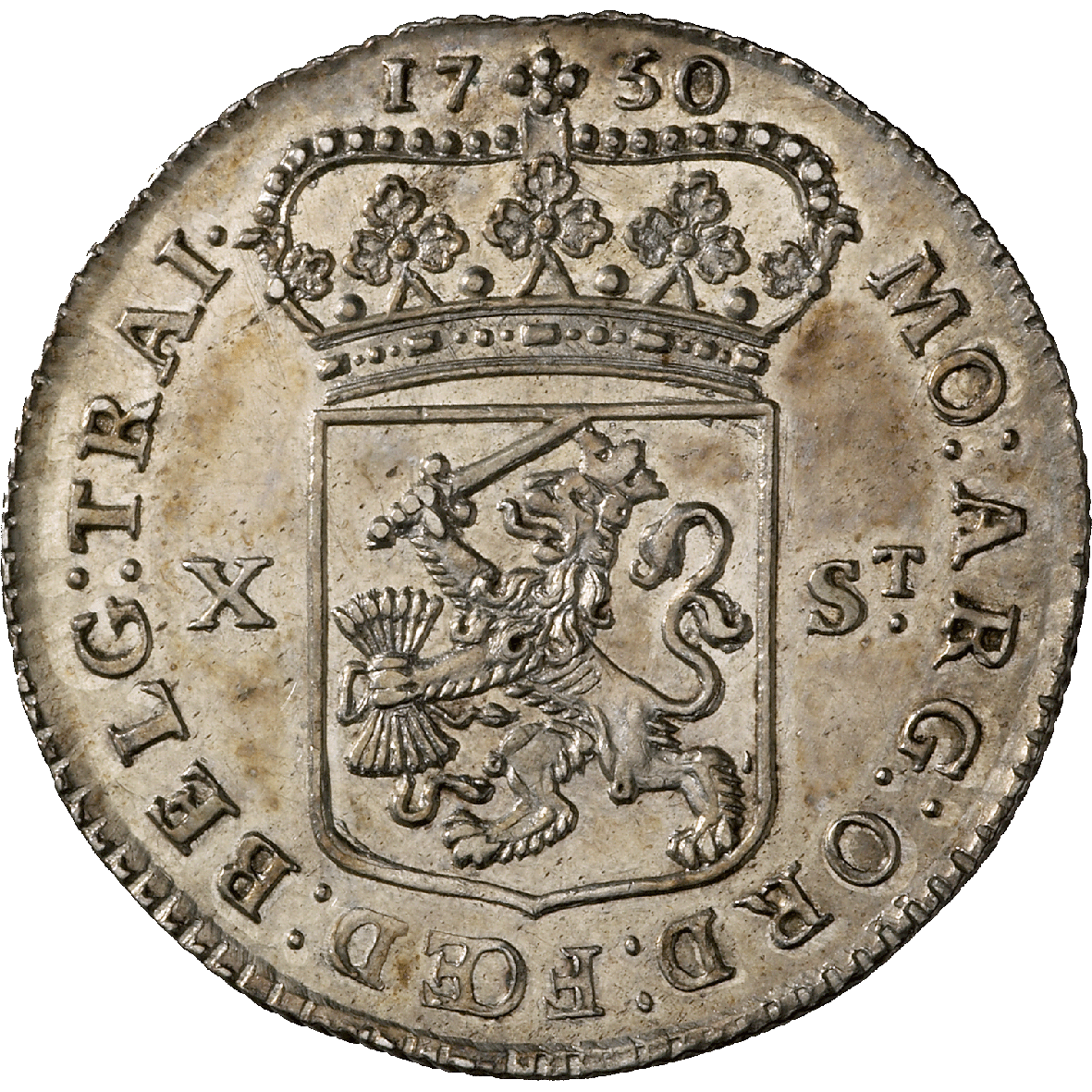 Between 1568 and 1648, the seven provinces of the "United Netherlands" freed themselves from the yoke of Spanish rule. The war was not only fought with arms, but also by means of propaganda. The rebels developped a Dutch personification of freedom: a woman carrying a pileus over the tip of her spear. She had her left arm on a code of law and wore a helmet on her head. Like this she clearly pointed out that the United Netherlands had fought for their freedom, and that they were ready to take up arms and defend it if that should ever be necessary again.