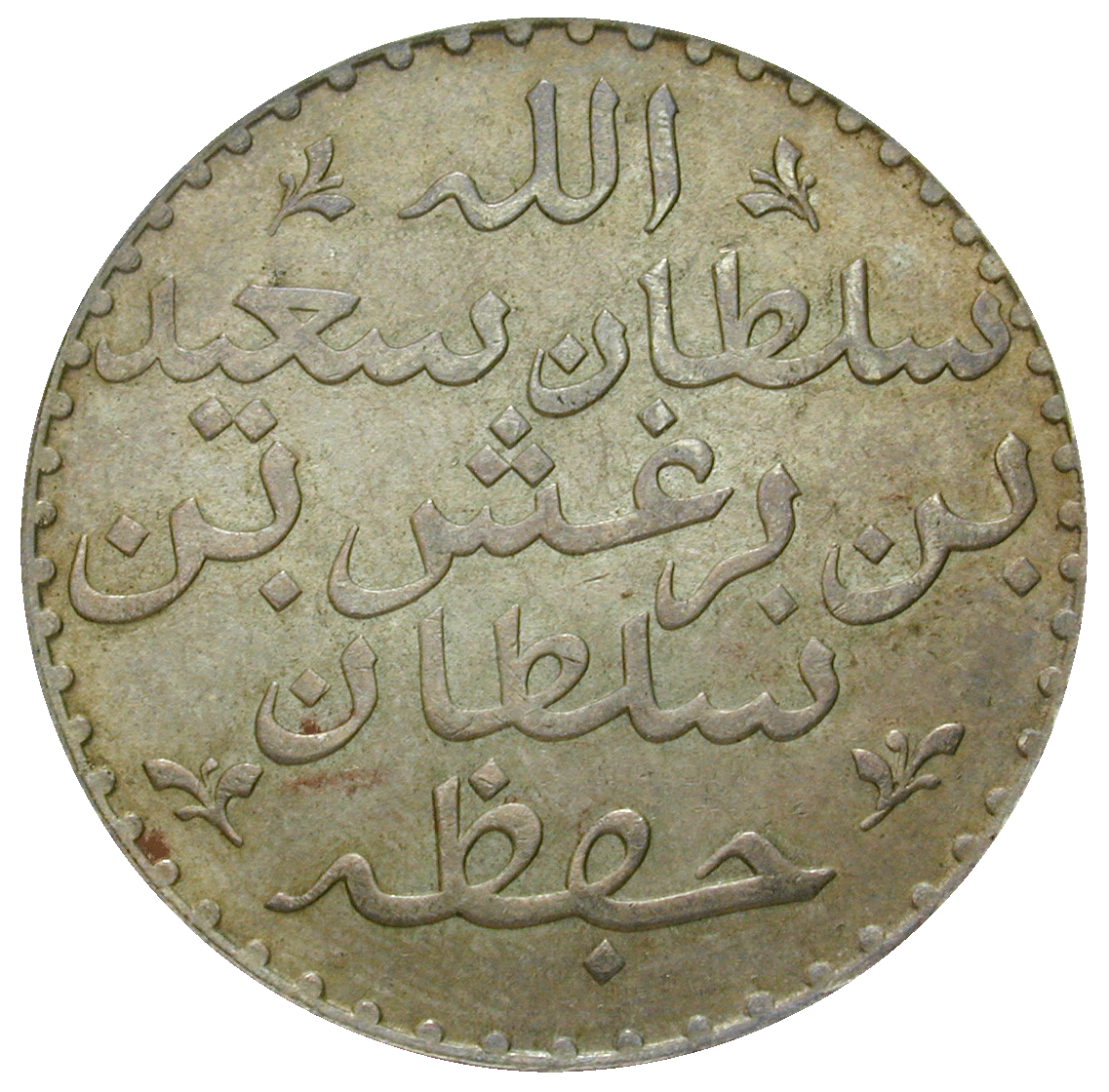 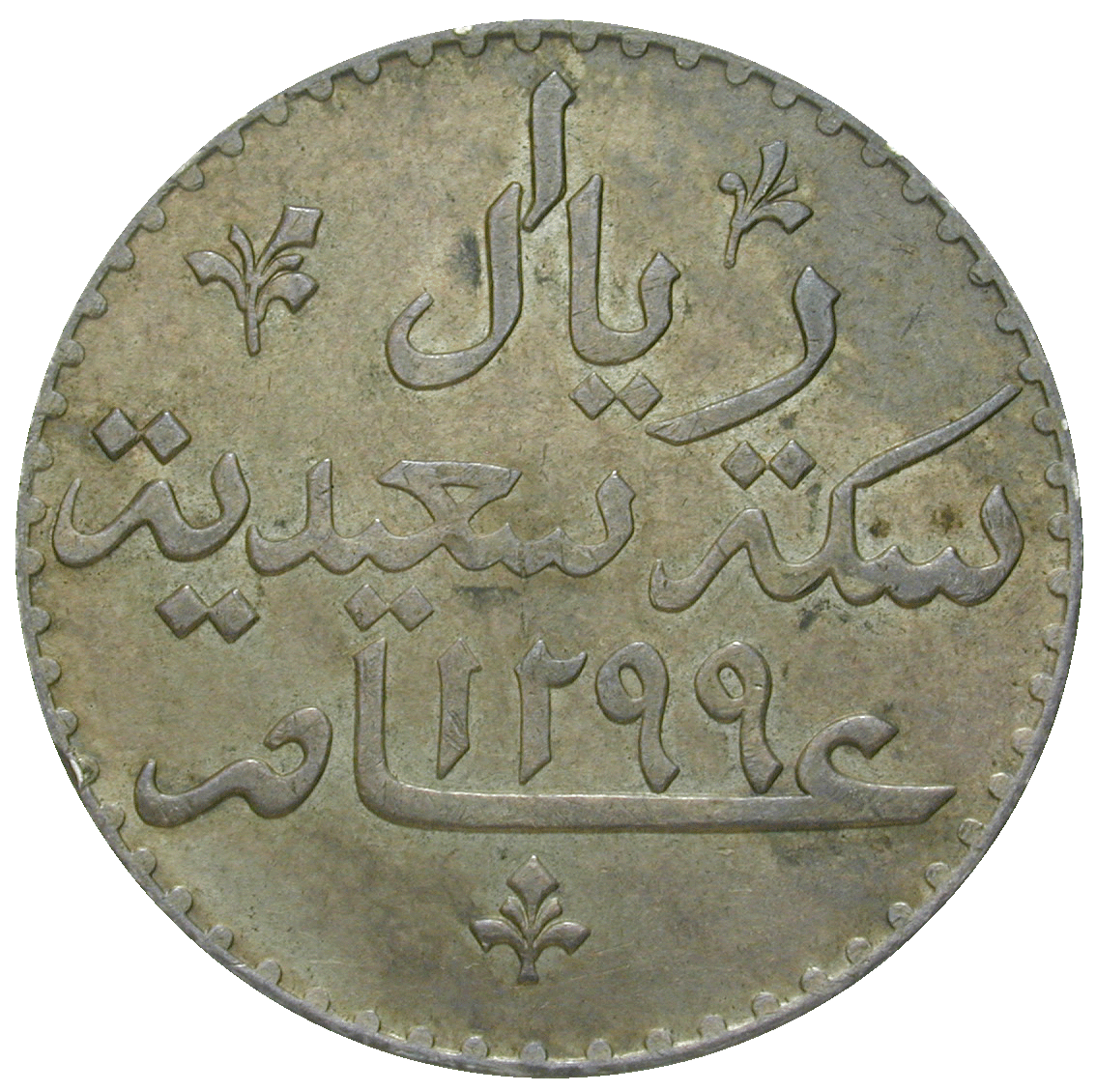 Off the east coast of Africa, in the Indian Ocean, lies the small island of Zanzibar. In the 16th and 17th centuries the island was a Portuguese colony and then was conquered by Omani Arabs. Zanzibar was lucrative because it was a center of international slave trade; besides, it traded with ivory and cloves. In 1856, Zanzibar became independent from Oman. Together with some neighboring islands it was turned into the Sultanate of Zanzibar and Pemba. The sultans of Zanzibar issued their own coins. This riyal was made during the rule of Sultan Barghash bin Said (1870-1888). It is modeled after the Maria Theresa taler, the trade coin par excellence in the Islamic countries until the 20th century. In 1890, the Sultanate of Zanzibar and Pemba became a British protectorate and in 1897 part of British East Africa.