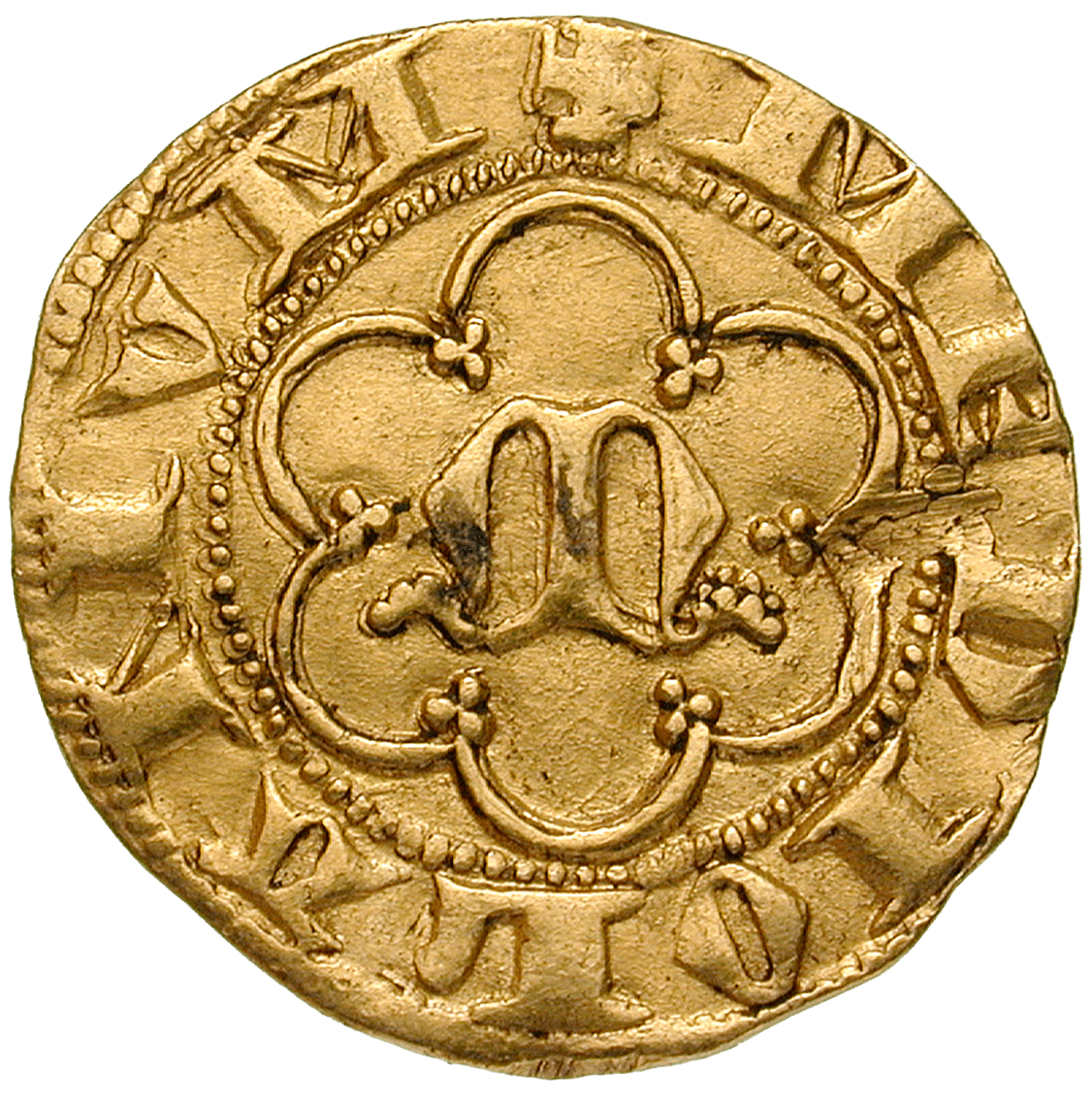 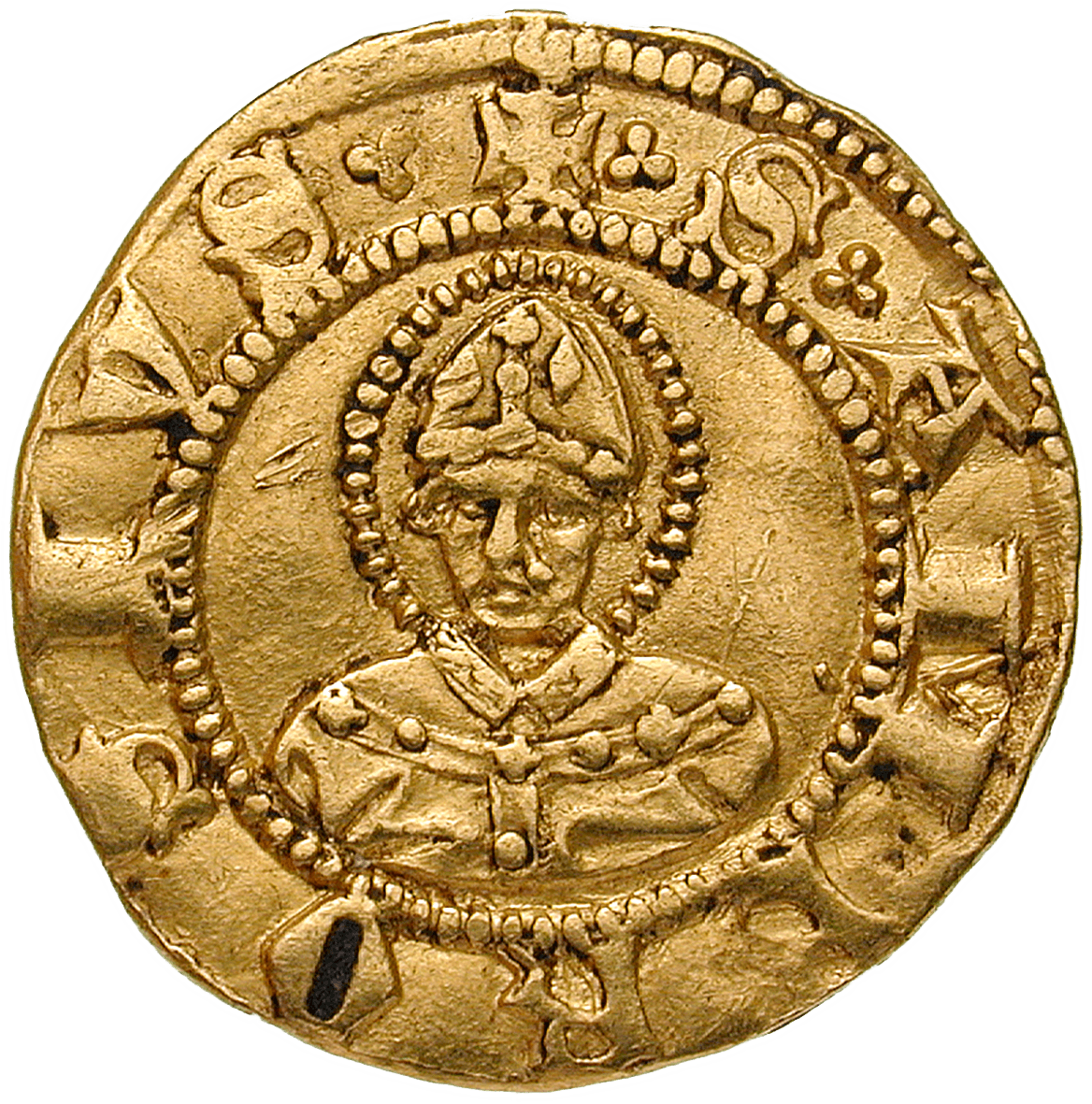 In the 13th century the minting of gold coins was taken up in Europe. The cities of northern Italy, having acquired wealth and knowledge through their contacts with the Orient, made a start. Shortly after 1250 the city republic of Milan began to issue the Ambrosino d'oro. The coin was named after Saint Ambrose who was depicted on the reverse. Ambrose had been bishop of Milan in the 4th century; he had worked many wonders and written numerous scholarly scriptures. In 1311 Milan came under the dominion of the House of Visconti. With that republican freedom – and republican coinage – came to an end. When the Visconti family died out in 1447, the Milanese people immediately proclaimed the republic again. But the adventurer Francesco Sforza seized power in 1450 and declared himself duke. During the three years of the Second Republic, however, Milan issued the Ambrosino d'oro once more. The obverse proudly depicted a Gothic "M" for Milan. This coin is the corresponding half piece, a half Ambrosino d'oro.