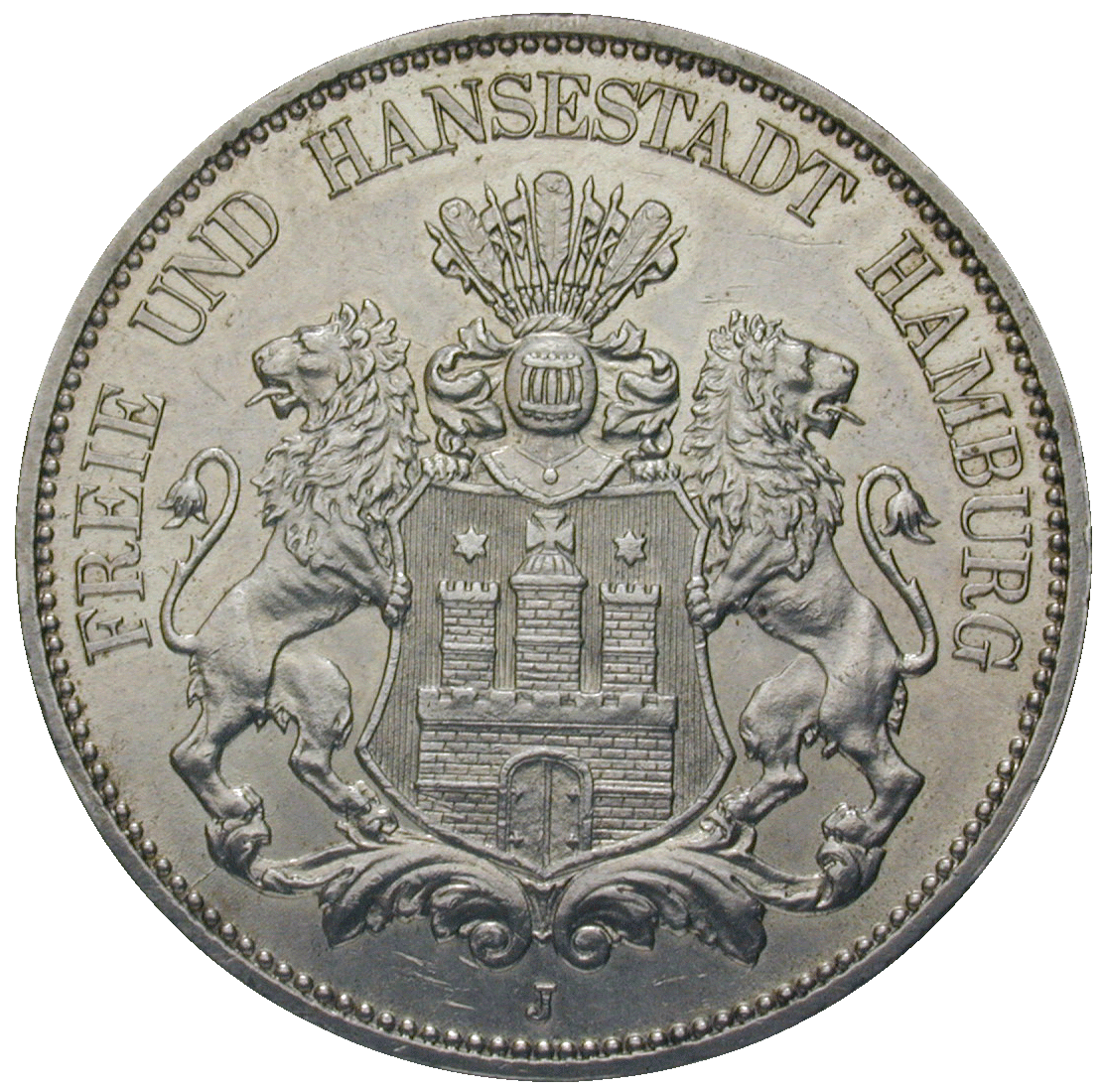 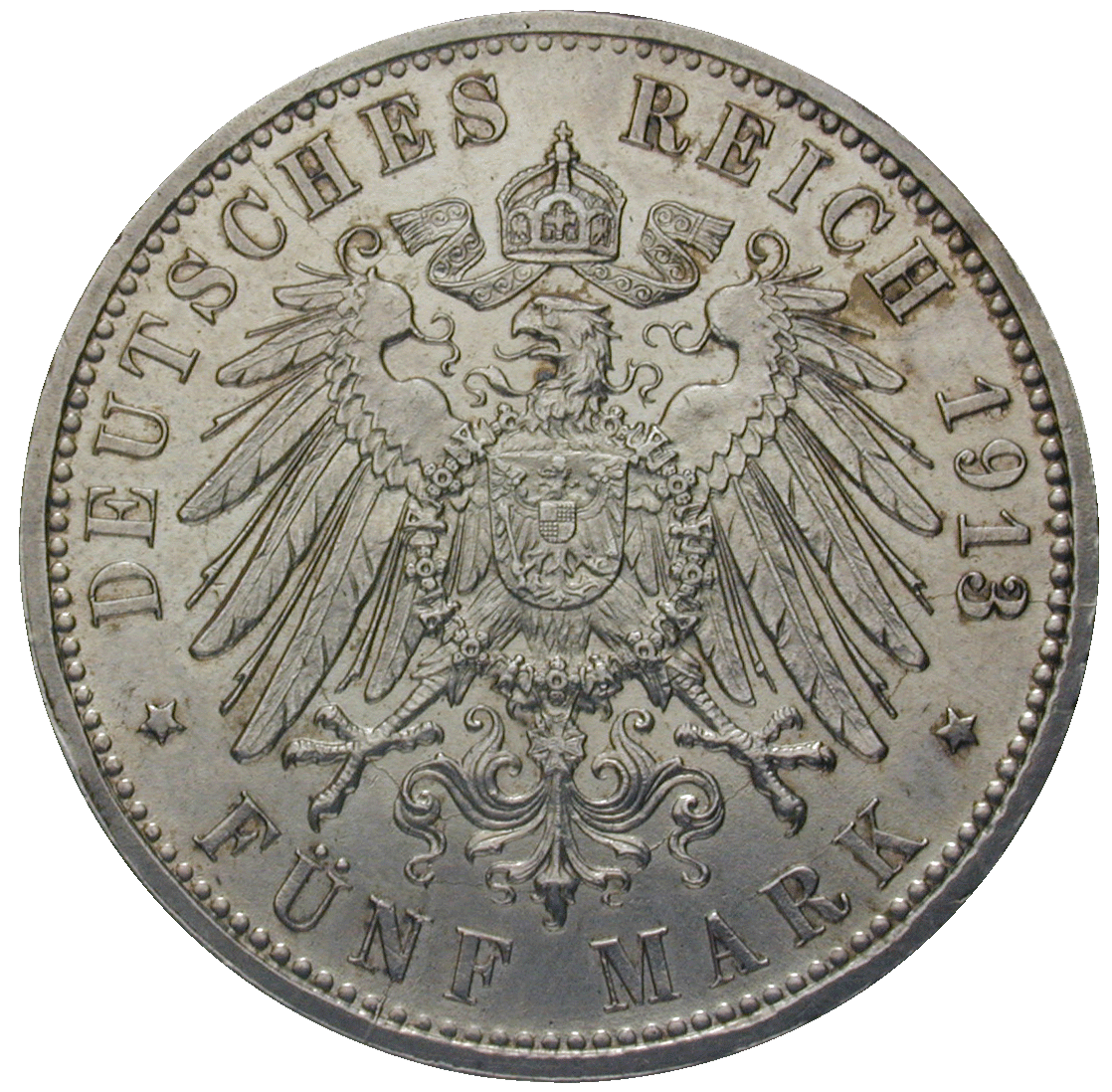 This five-mark-coin marks the end of a 620-year-old coinage tradition: In 1293, the citizens of Hamburg were bestowed with the right to mint coins – a right they maintained until the beginning of the First World War (1914). And since the beginning of the 16th century, Hamburg issued the mark – long before it became the currency of the German Empire. After the foundation of the German Empire in 1871, the mark became the national German currency. With the union of the diverse German lands, the imperial government became responsible for the issue of money. Yet the federal states and the free cities preserved the right to mint gold and silver coins worth more than 1 mark, as long as they depicted the imperial double eagle on the reverse.