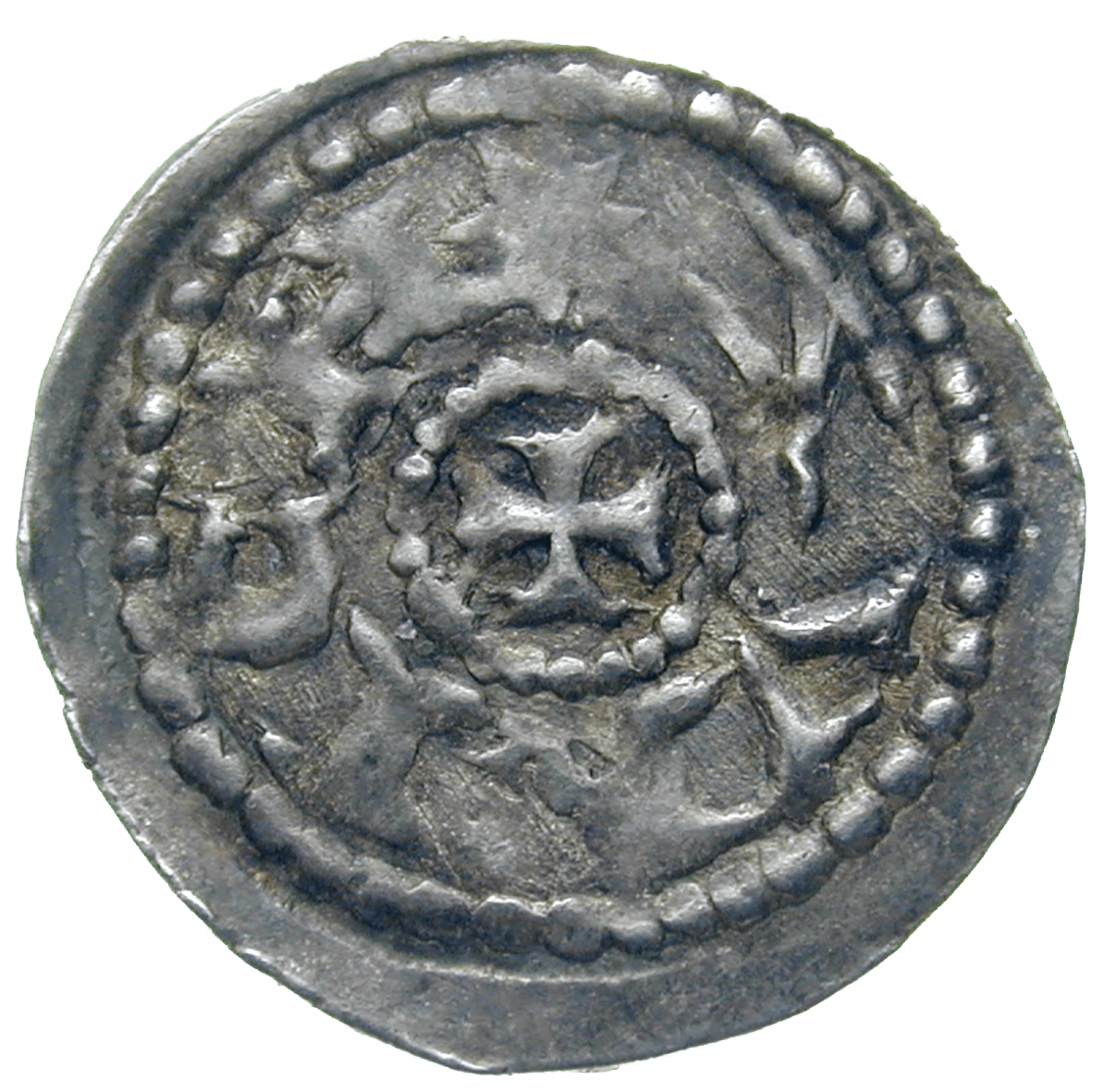 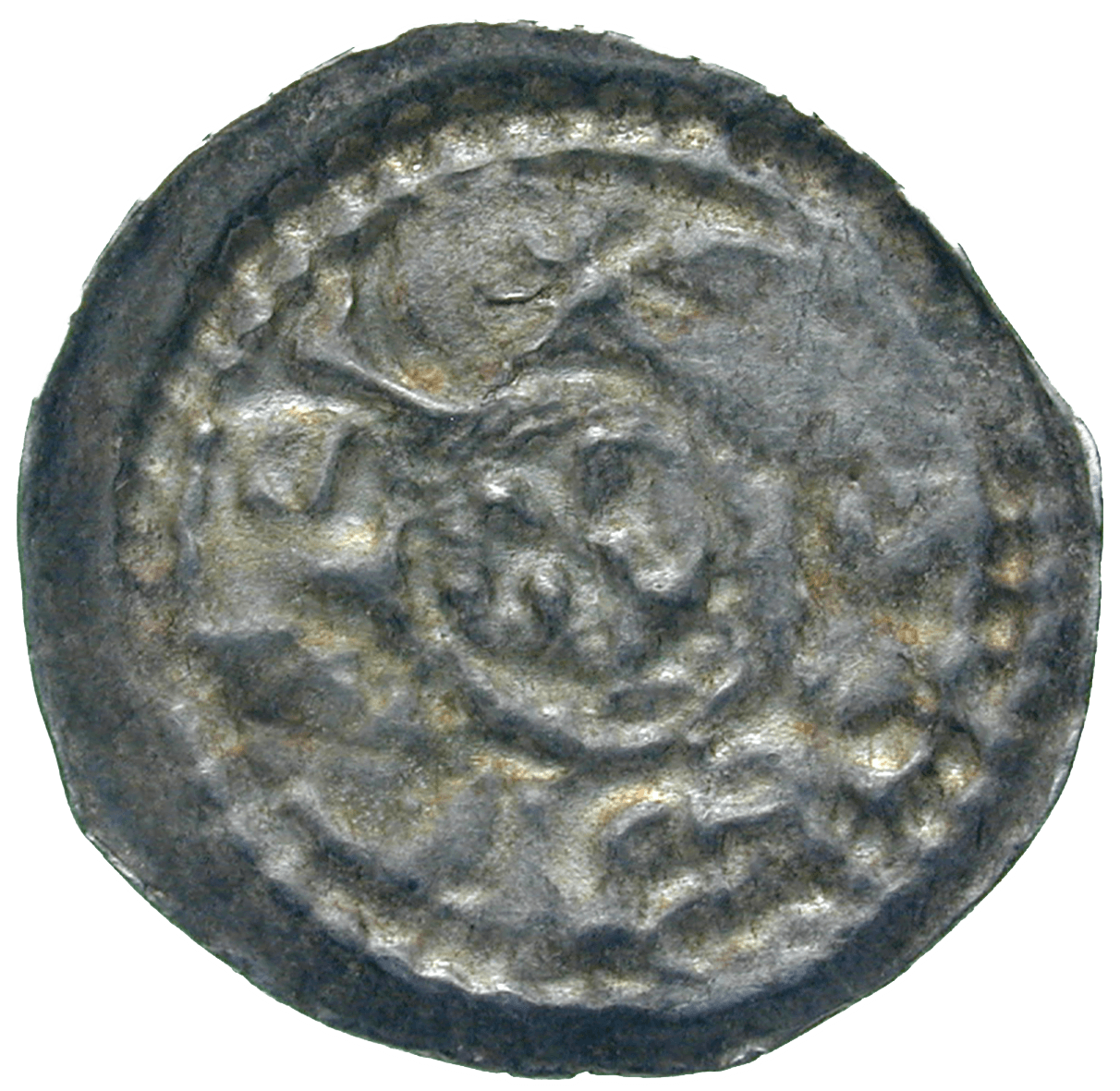 Around the middle of the 12th century the territory of the Fraumünster Abbey had reached its maximum dimensions. More than 30 villages paid their taxes to the abbess. During that time vivid building activities took place and the Fraumünster Abbey obtained more or less the shape in which we still know it. Furthermore the first solid city fortifications were constructed at that time, as well as the Wettinger houses with their powerful arcades along the Limmatquai.

Not much is known about everyday life in Zurich at that time. The sources rarely mention foodstuff and beverages, garments, work, illness or death. The same is true about the abesses of that time - we hardly know anything about them. In 1143, Mechtild of Tyrol became abbess of the Fraumünster. We do not know how long she lived, and therefore it is uncertain wheter this coin was issued during her time. The denarius was minted around 1180, and is the very first coin on which the name of the town is written as we still know it today: ZVRICH.