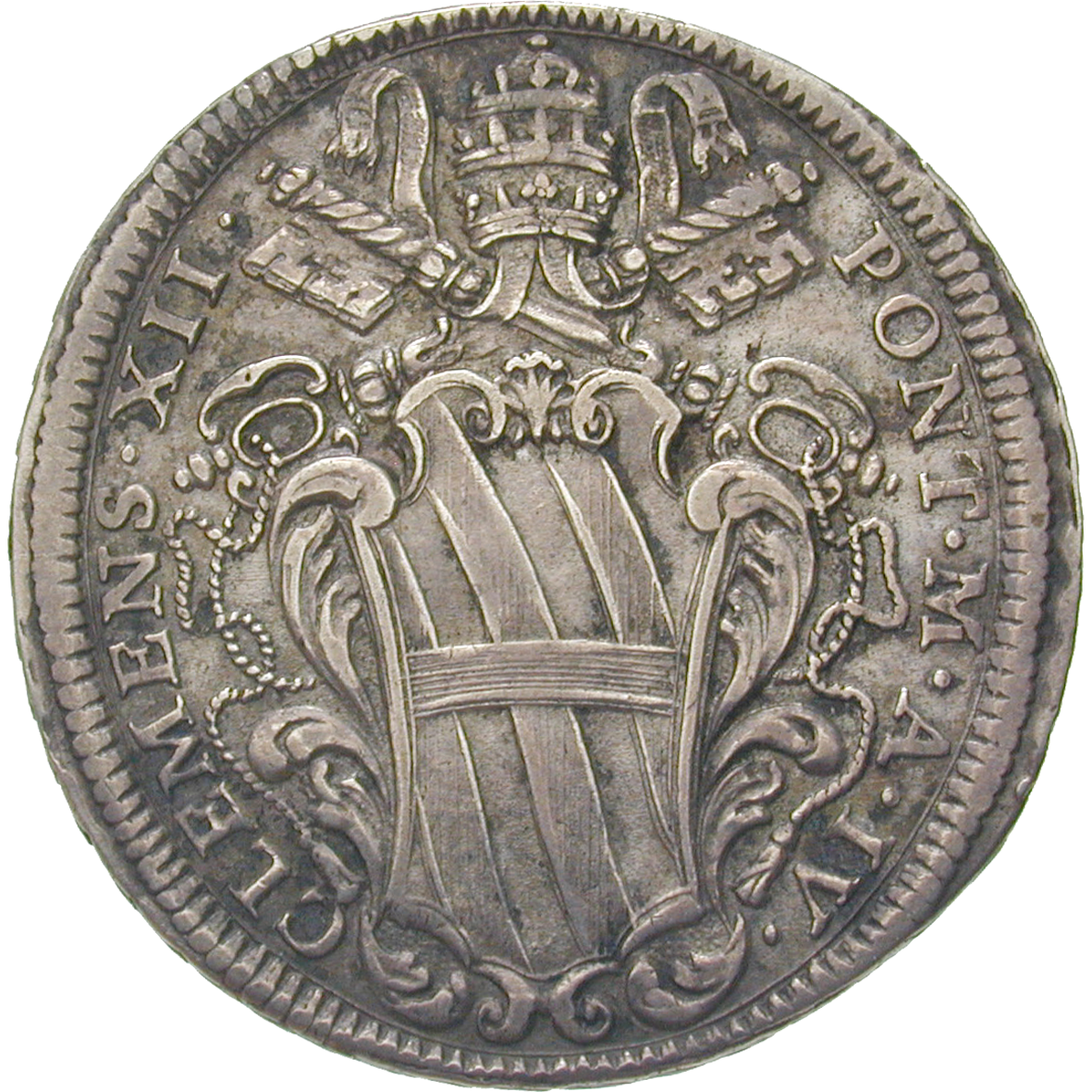 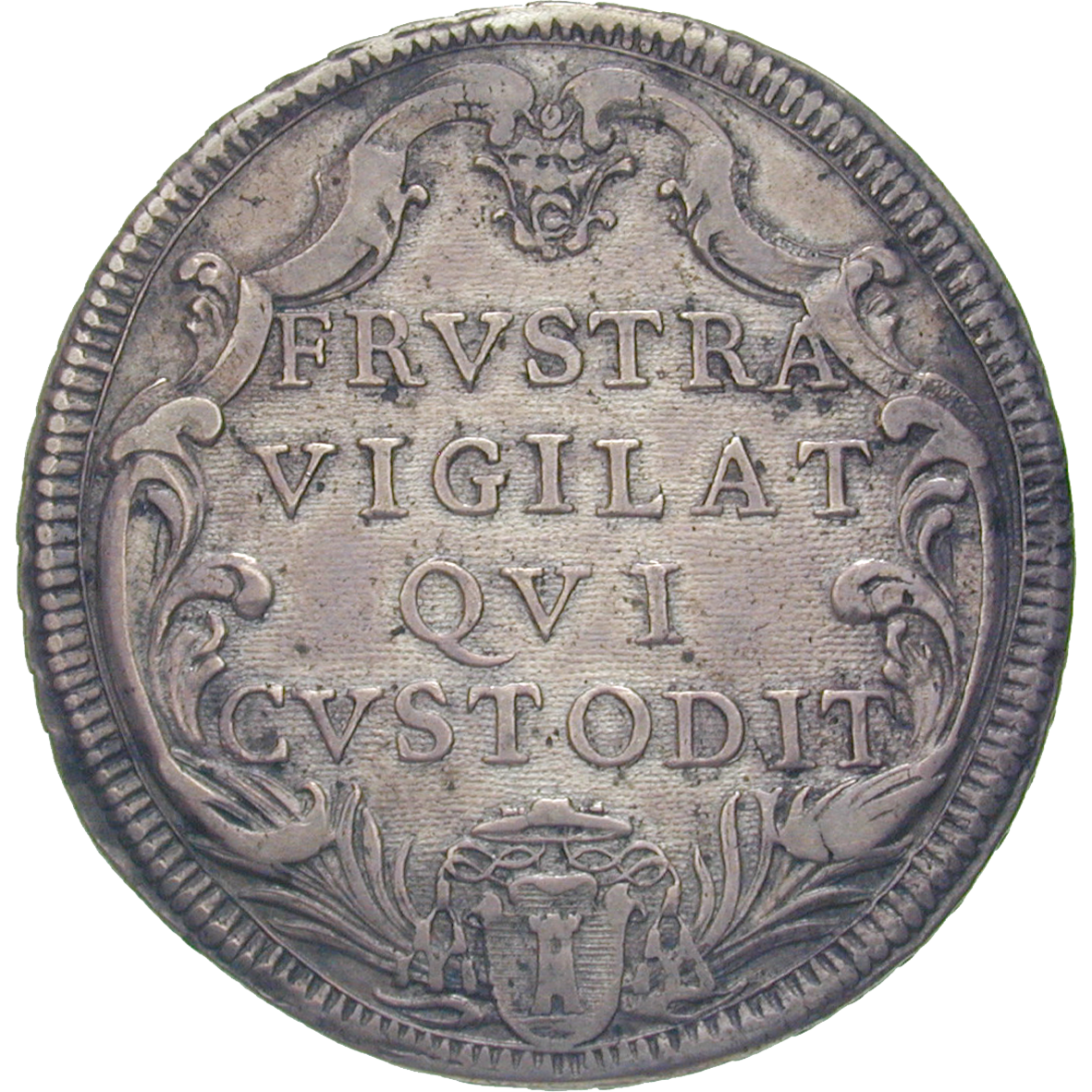 The coat of arms depicted on this half piastra can be discovered at the Trevi Fountain in Rome, also in the Basilica of St John Lateran and on the Quirinal. It was the coat of arms of Duke Lorenzo Corsini, who ascended to the papal throne in 1730 at the age of 78 under the name of Clement XII (1730-1740). The coat is crowned by two crossed keys: The keys of Saint Peter, the "keys to the gates of heaven." Papacy had adopted this symbol together with a tiara as emblem around the year 1000. The inscription on the reverse reads FRVSTRA VIGILAT QVI CVSTODIT: the watchman keeps awake in vain.