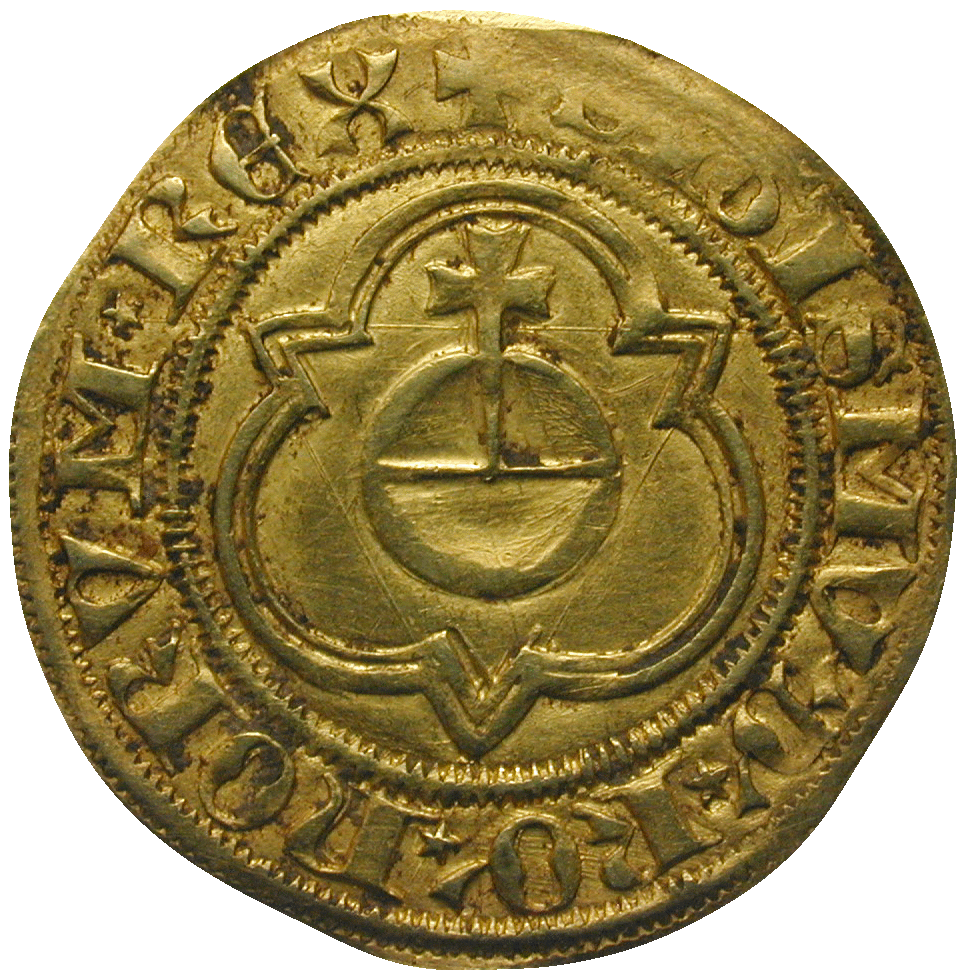 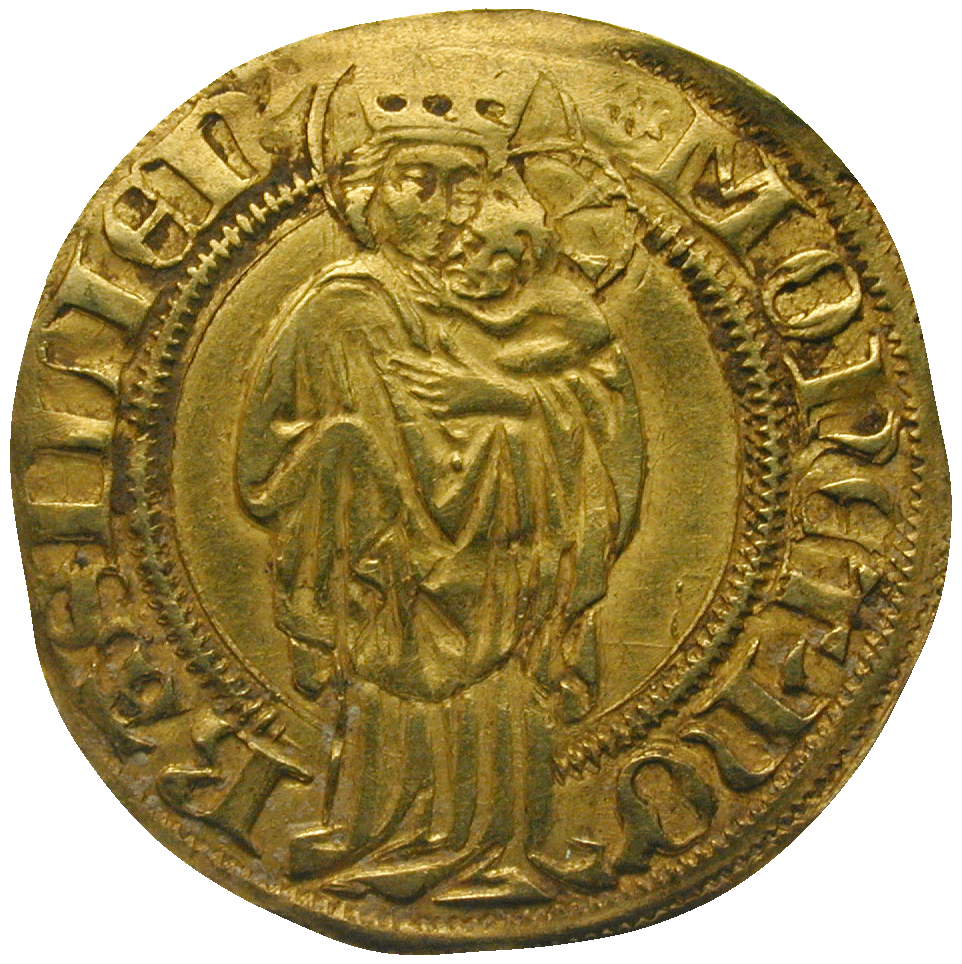 The virgin mother Mary was the city saint of Basle until the Reformation of 1529. She is found on many coins from Basle. Here she is standing with her child on her arm in a circle of pearls. The coin is a gulden, an apple gulden of King (and later Emperor) Sigismund of Luxemburg (1410-1437). Coinage was a lucrative business. And the king, who was constantly hard-pressed for money, conducted this business assiduously. Apple guldens were struck mainly in Frankfurt on the Main, but also in Dortmund, Nördlingen, Nuremberg and Basle. Their characteristic was the eponymous imperial orb on the obverse. The reverse normally showed John the Baptist – only Basle was allowed to depict the city patron Mary instead.