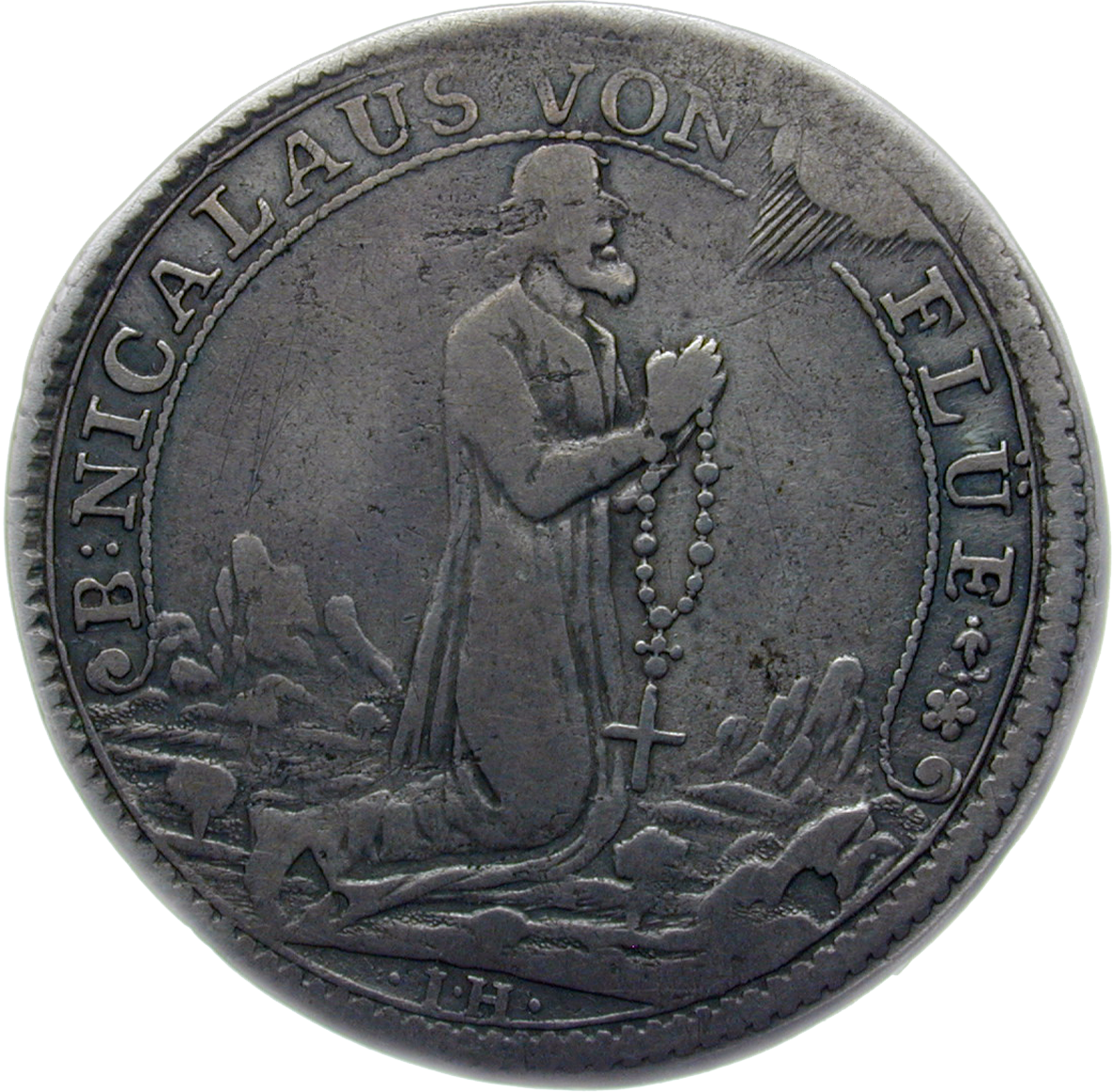 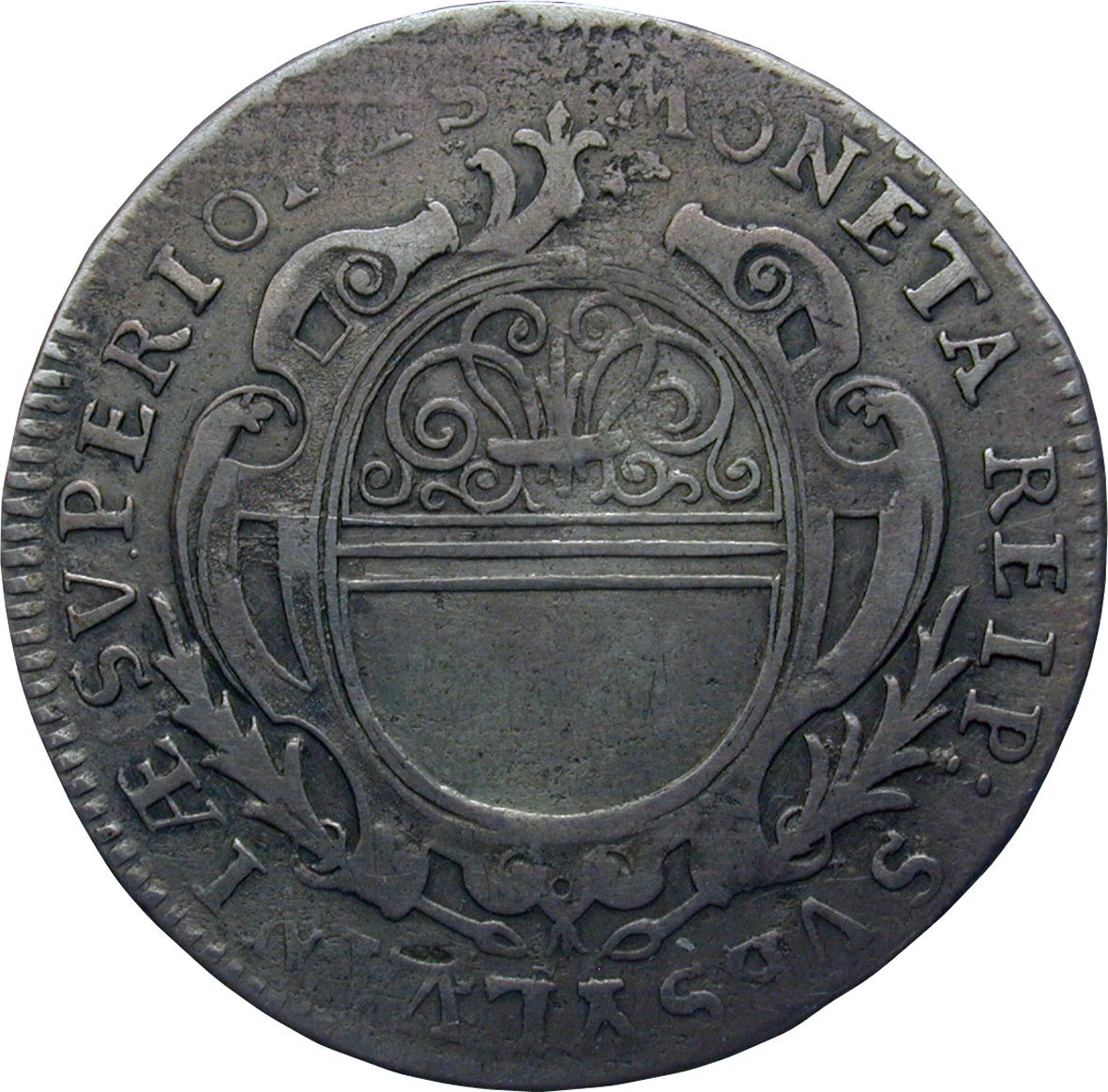 Nicholas of Flüe is the patron saint of Switzerland and of the Canton of Obwalden. In 1467 he decided to become a hermit – despite the fact that he run a farm and was the father of ten children, of which the youngest was not yet a year old. However, his oldest son was already twenty and thus perfectly capable of running the farm and maintaining the family independently. Hence Nicholas left his home with the consent of his wife, and after a peregrination and a vision settled in the Ranft Valley. There he lived in a hermitage, praying and meditating and, as legend has it, not taking any food for the last nineteen years of his life except of the Holy Eucharist. During that time Brother Claus, as he was called now, had many visions, as the responsible bishop confirmed after an inspection. Nicholas of Flüe was beatified in 1669 and canonized in 1947. Brother Claus is always depicted as a scraggy bearded man with a rosary. This 20-kreuzer piece is an issue of Obwalden, his home canton.