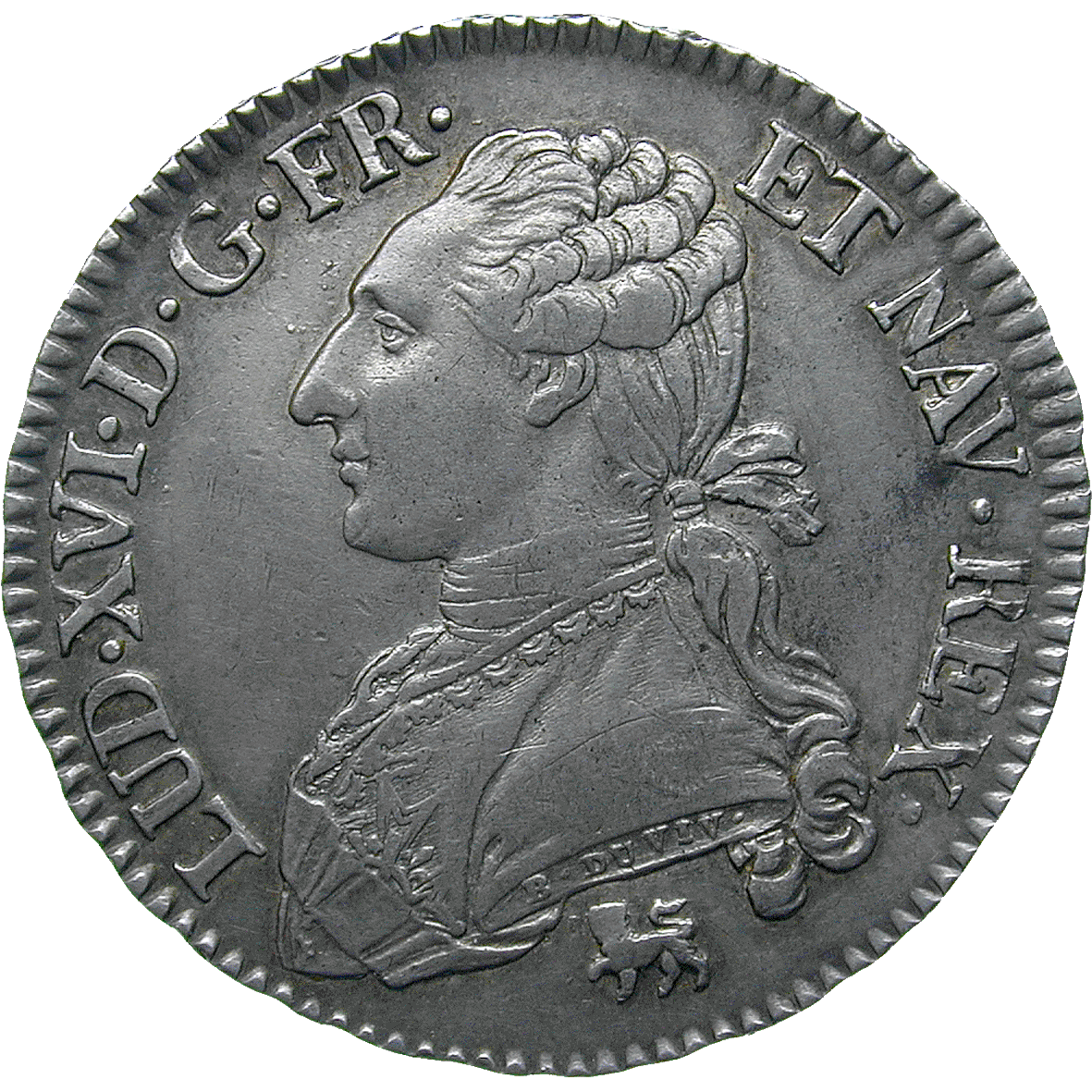 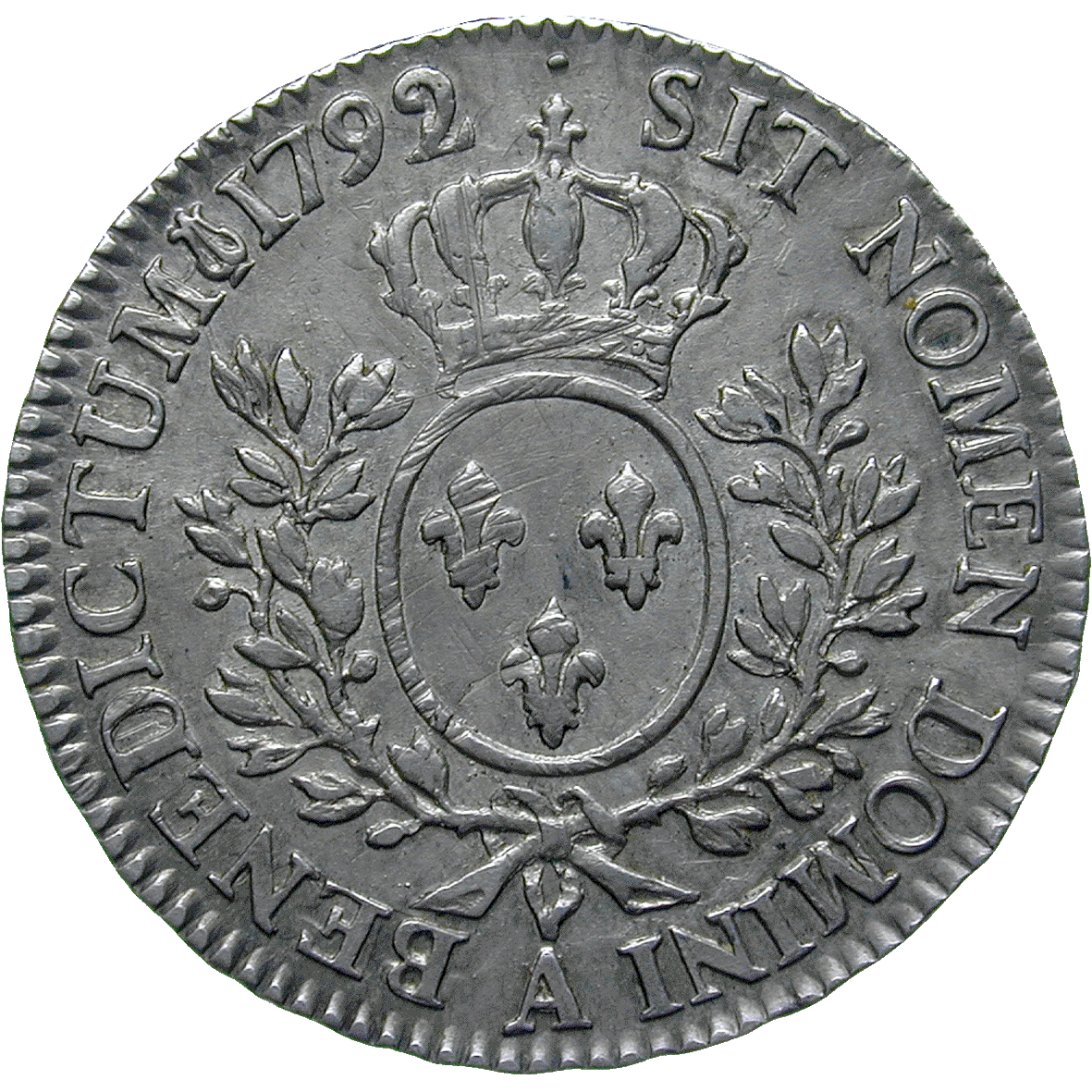 The first silver écu was minted in 1641, and the last such coin was issued in 1793. In the 150 years in-between, the écu dominated not only the French currency, but also the coinage of most German-speaking parts of Europe. During that time, countless types of écus were issued, which were often distinguished by colloquial names. The coin shown here is a half écu aux lauriers, so called after the leaves of laurel around the crest on the reverse. In German vernacular, such coins were called "laubtaler" or "lorbeertaler."