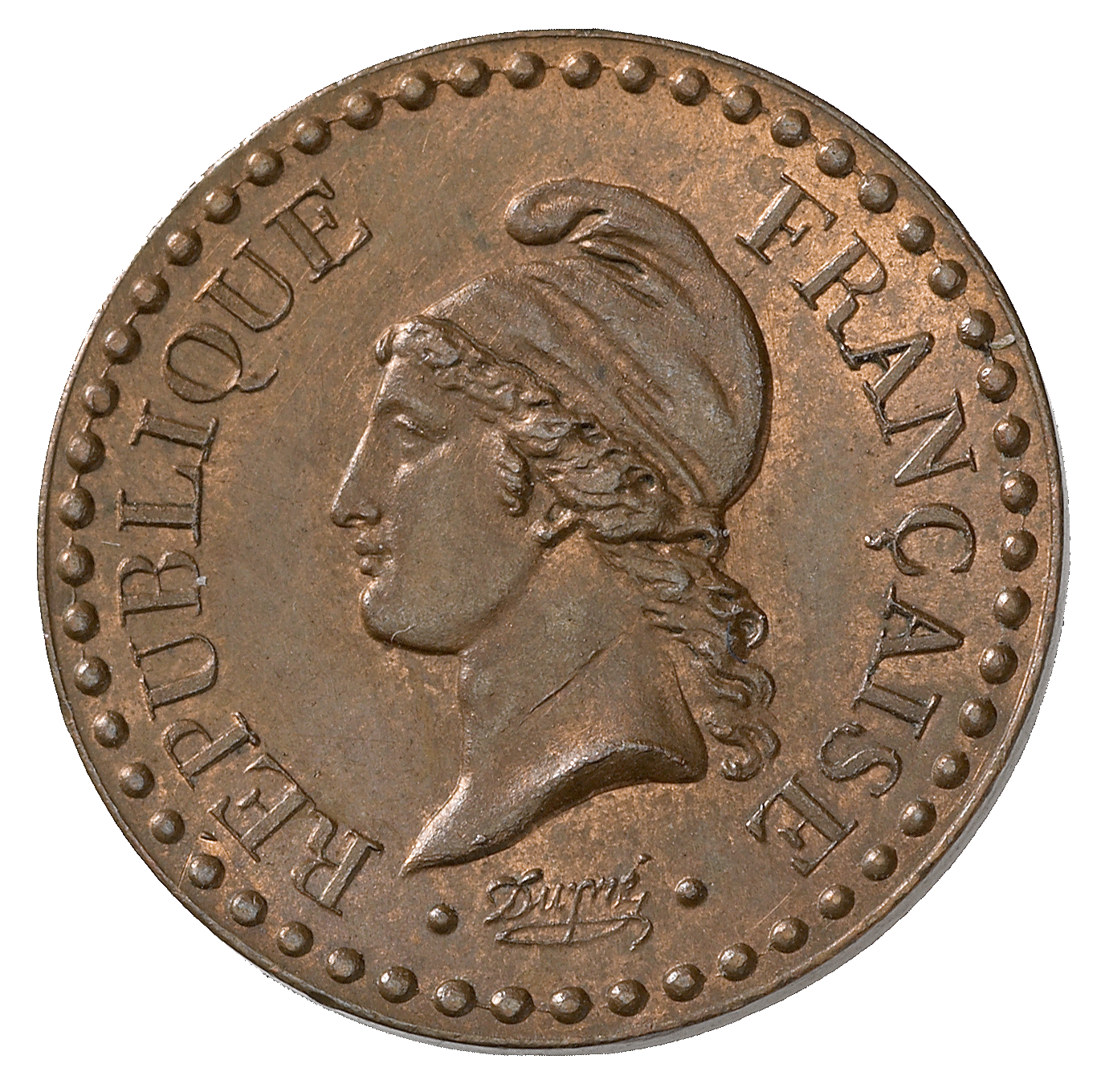 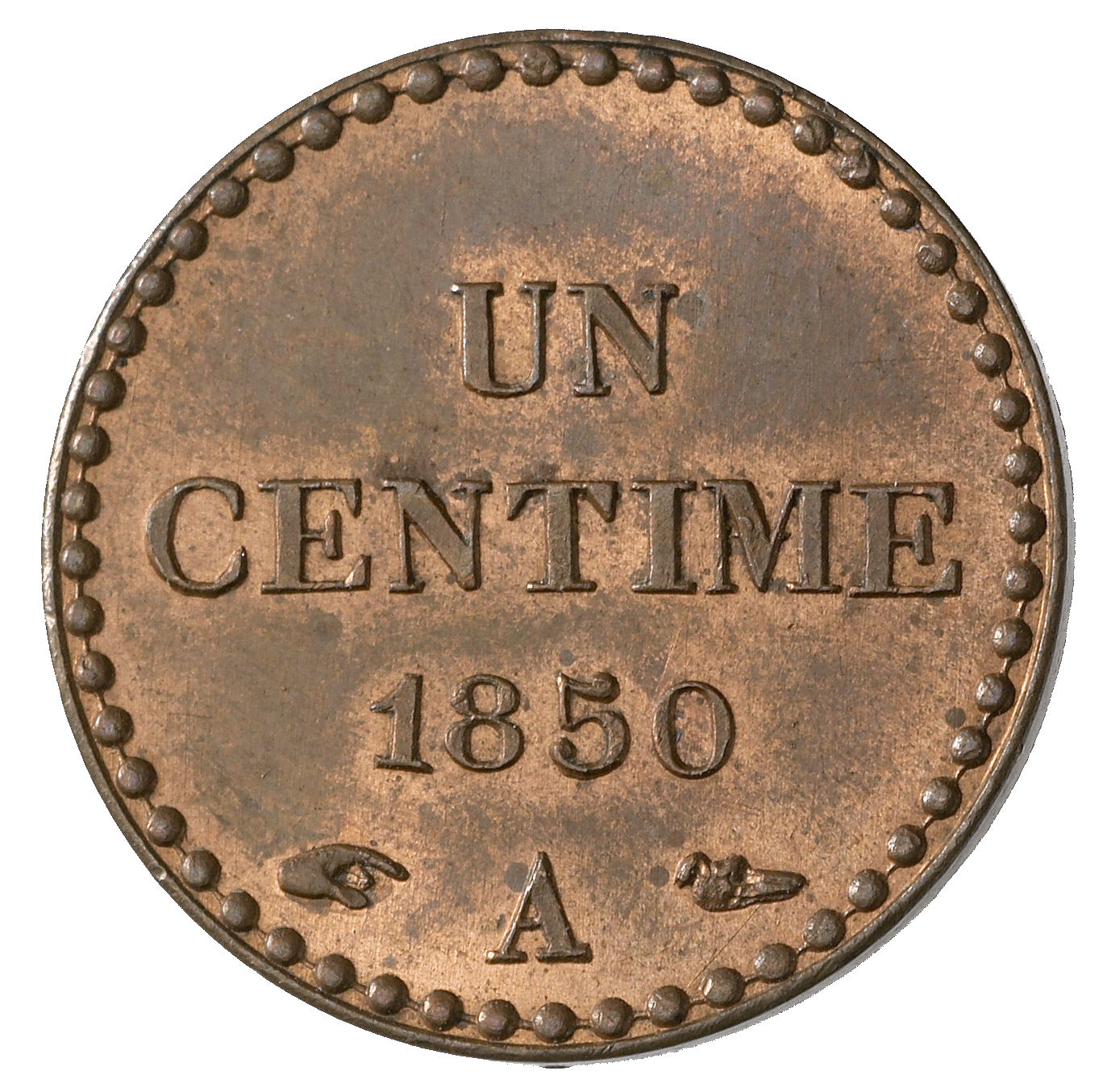 The women's head with the Pileus, the Phrygian cap, was minted on the French 1-centime coins as from the introduction of decimal coinage in 1795. The Pileus was a cap with a tail to the front; it had its origin in the antique country of Phrygia in Asia Minor, where freed slaves had worn such caps. Later the fashion spread to Greece and Rome, and during the French Revolution of 1789, the revolutionaries adopted the Phrygian cap as well. Marianne, who is wearing the Phrygian cap on this coin, symbolizes the French Republic. Not only the Phrygian cap, but also the idea of personification was adopted from Antiquity. The personification of characteristic and geographic attributes was very popular in ancient times.