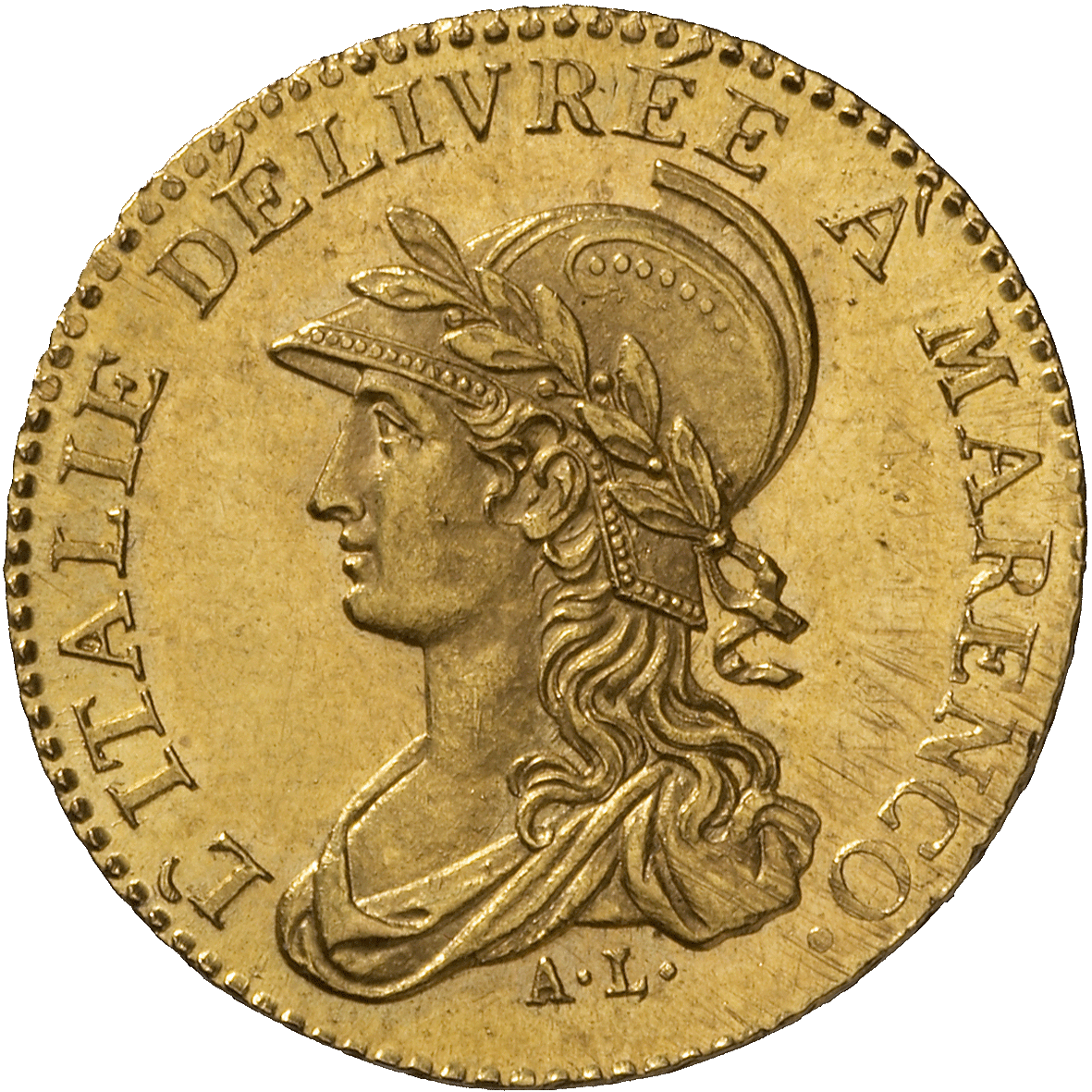 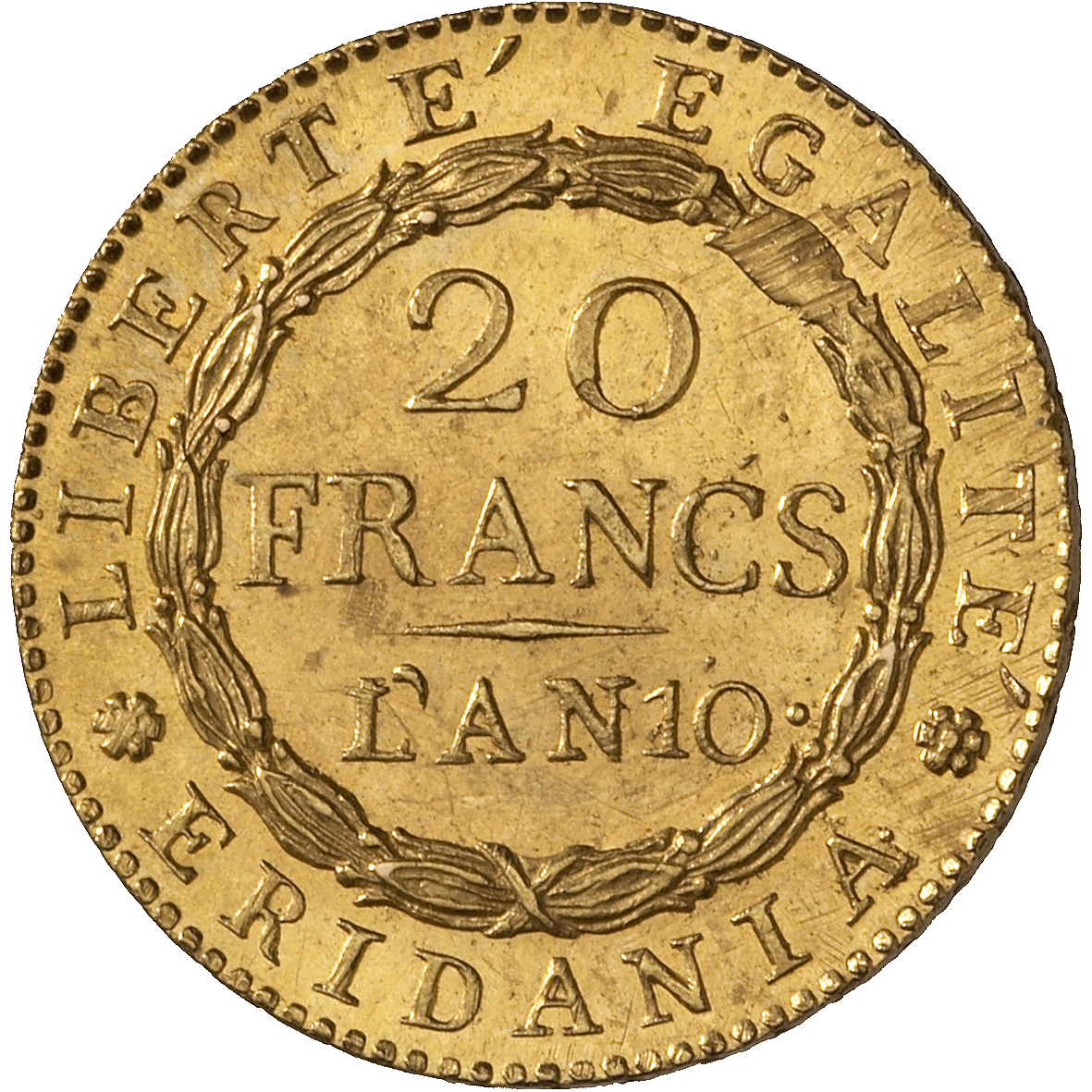 In the year 1800, the French army under Napoleon Bonaparte drove the Austrians out of northern Italy. The crucial victory was gained at the Piedmont village of Marengo. It was one of the first big triumphs of the young Napoleon. After his victory, he proclaimed the Subalpine Republic in northern Italy and put it under French military administration. Napoleon introduced the then very modern decimal franc currency to the Subalpine Republic. This 20-franc coin was the first Italian gold coin minted under the decimal system. It was issued to commemorate the victory of Marengo;the inscription read, L'ITALIE DELIVRÉE A MARENGO. After this legend the coins were soon called "marengo" in vernacular. Their obverse bore the antique goddess Minerva, the Greek Athena. The reverse gave the date, L'AN 10, referring to the French-republican calendar; after the Gregorian calendar, the coin was minted in 1800 to 1801.