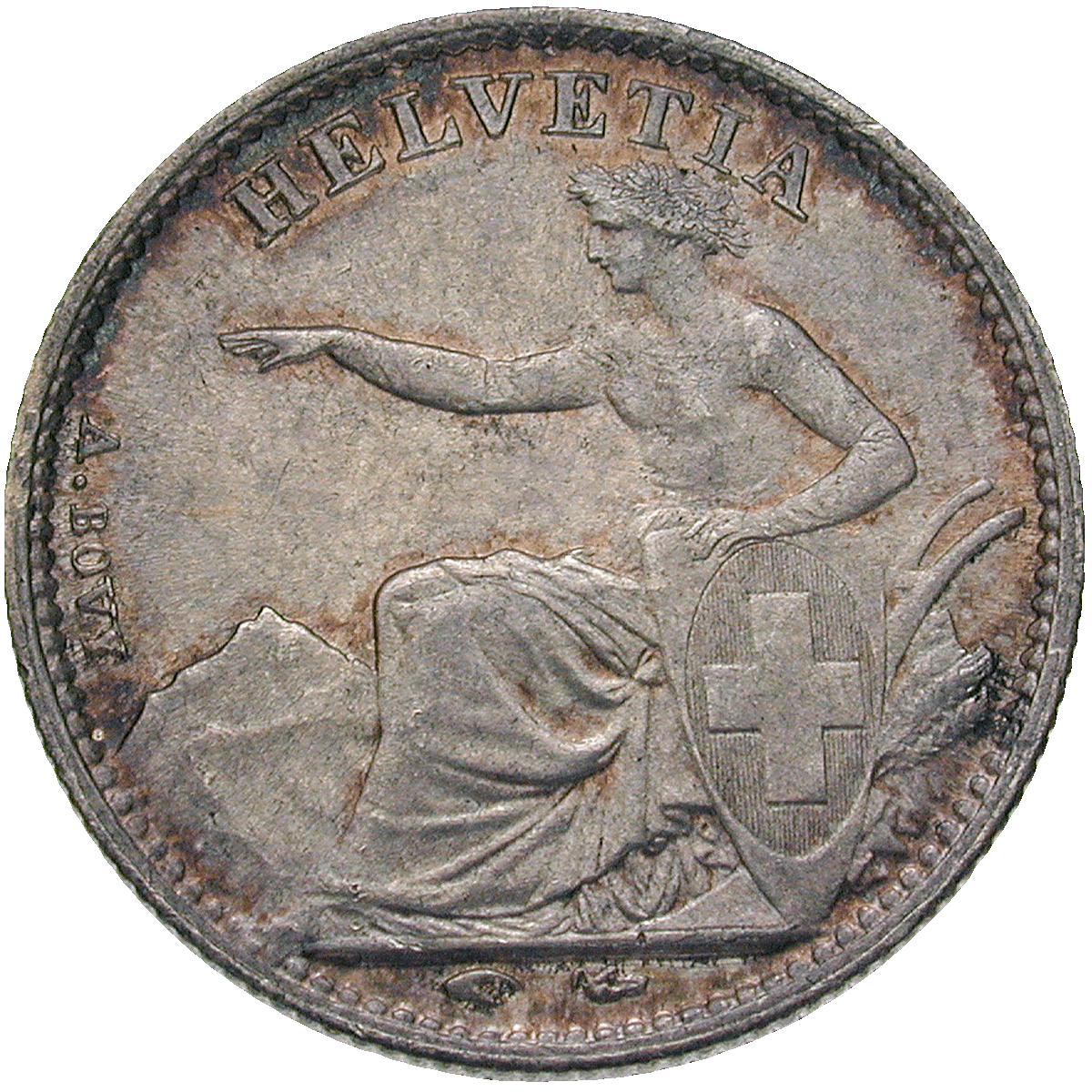 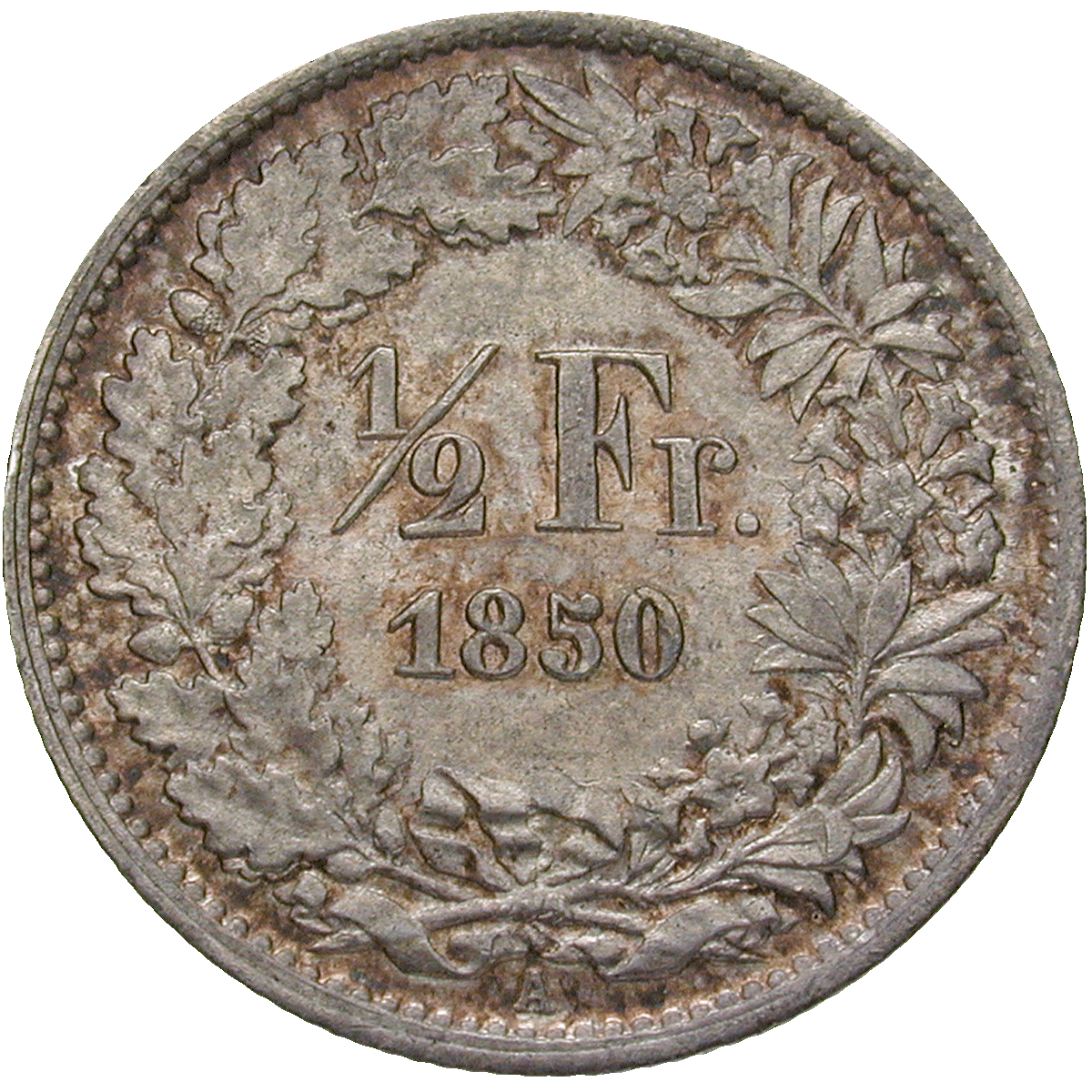 <>In 1848, the 22 Swiss cantons consolidate a federal state. With this money, post, tolls and the fabrication of gunpowder become a federal matter.

After long discussions the new state decided to introduce a currency geared after the French decimal franc: 1 franc contained 100 rappens. This currency has remained in use more or less unchanged until today. Only Helvetia, who was sitting on the early coins, is depicted standing today.