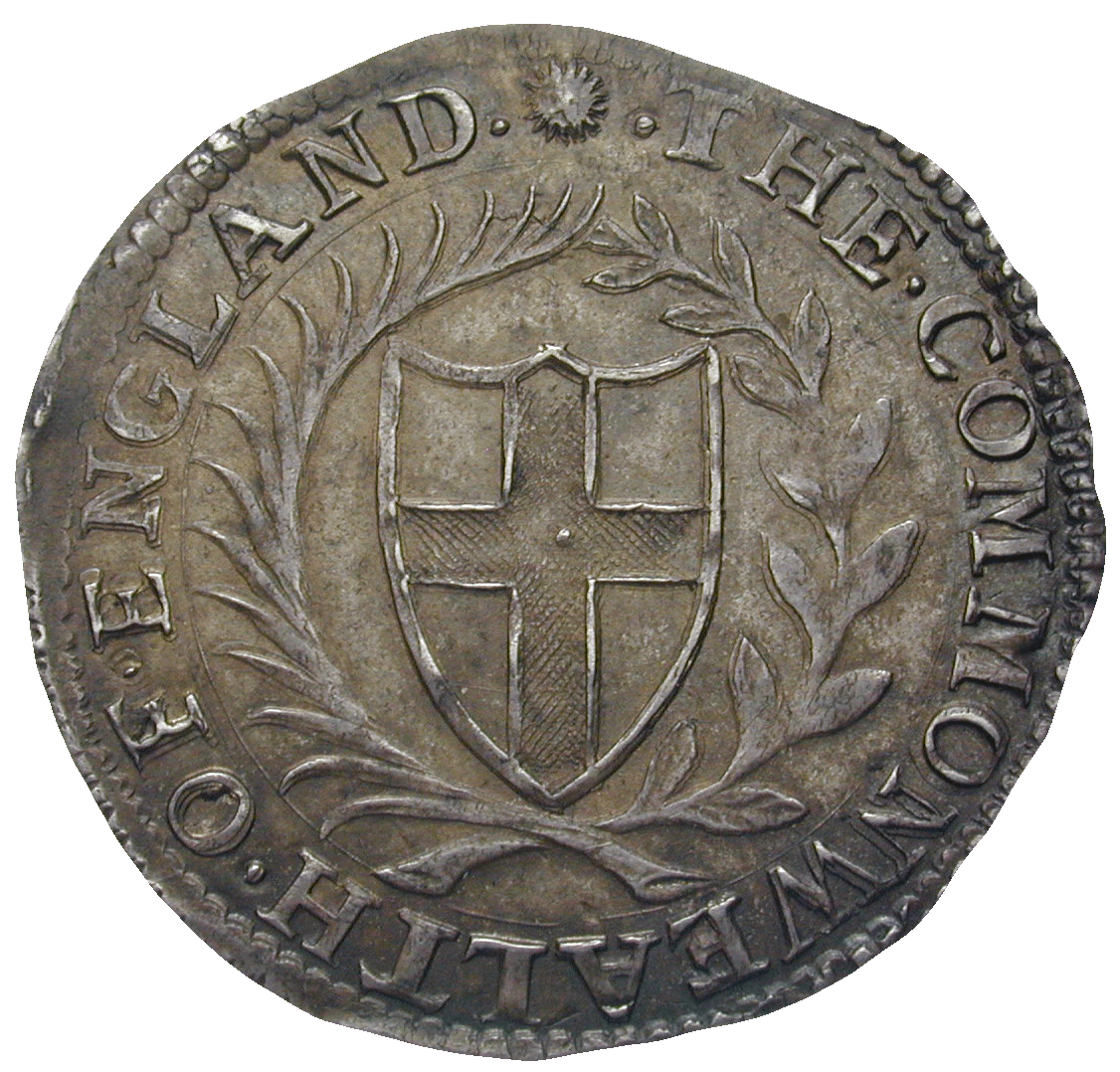 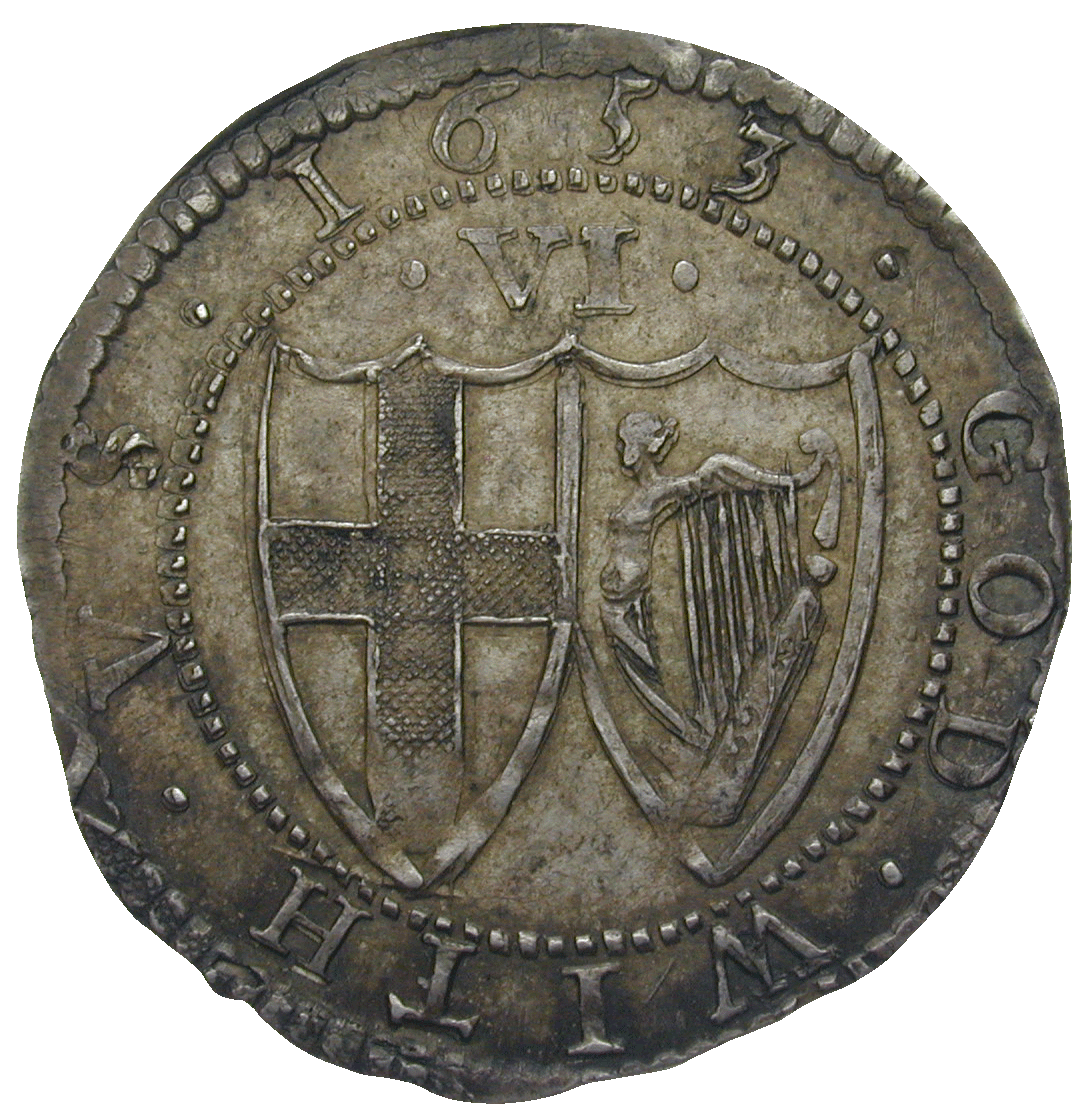 The 17th century was a time of crises in England. The bourgeoisie, having become rich through trade with the British colonies, demanded for more political participation. King Charles I, however, did not dream of making concessions; he insisted on absolute power. The king paid for this rigid attitude with his life: in 1649, Charles was beheaded. Subsequently, England became a republic for about a decade. The so-called Commonwealth of England was reigned by a republican government under the leadership of Oliver Cromwell and the House of Commons. Some time after Cromwell's death in 1658, a king and the House of Lords returned to power. During the Commonwealth of England coins were minted in all denominations and with unchanged designs. The coin legends were now no longer in Latin but in English, however; and the royal coat of arms was replaced by St George's Cross and the Irish harp.