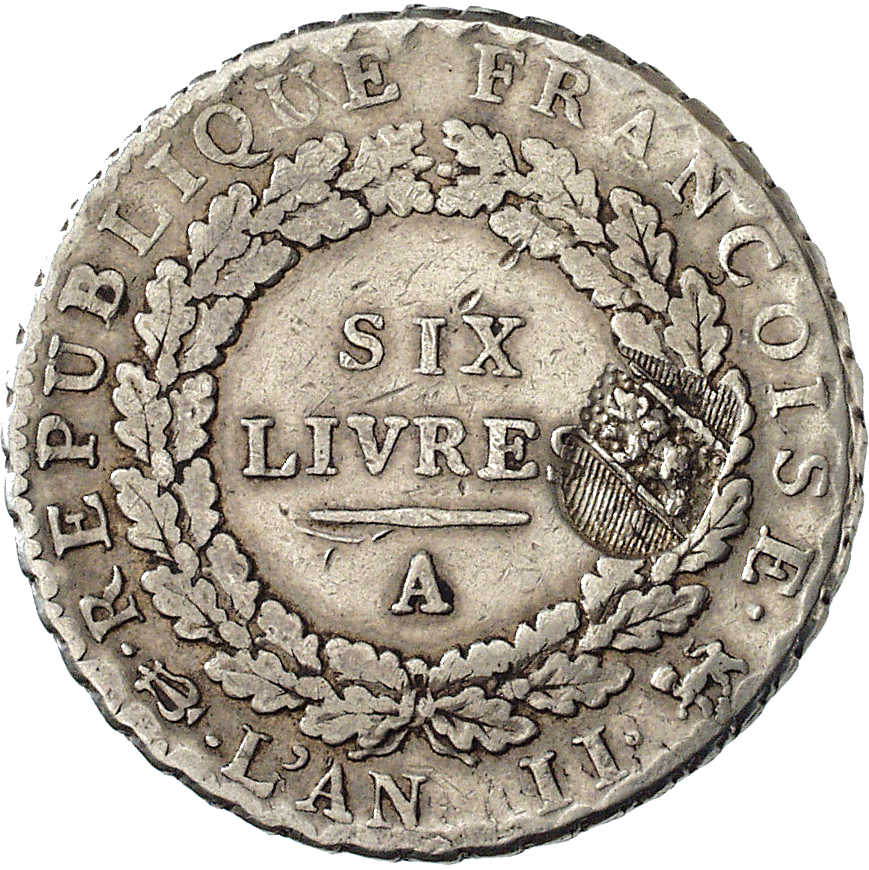 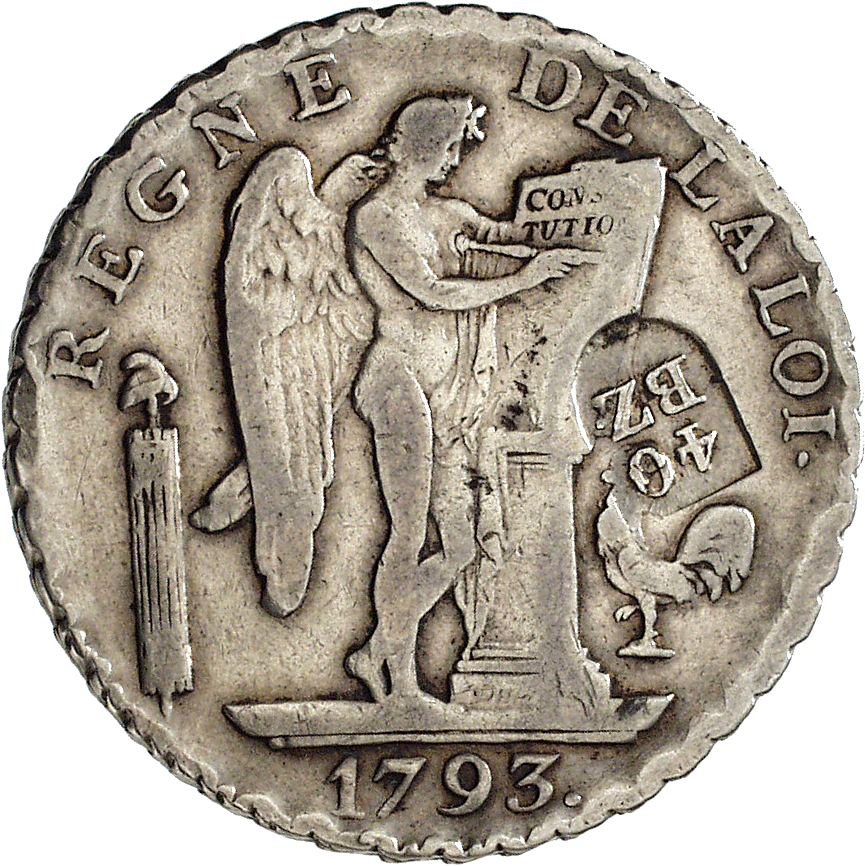 French money circulated in Switzerland long before the introduction of the franken modeled after the French franc (1850). The most important trading coin was the Louis d'or, which the Swiss called "duplone." The most popular silver coin was the French écu, called "laubtaler" or "neutaler." One écu was worth 4 Swiss francs, or 40 "batzens." In 1810, however, to allow for the wear of the coins, Napoleon debased the écu. Six years later, it was laid down in Berne that only coins of full weight should continue to circulate at a value of 40 batzen; the underweight coins were demonetized and withdrawn from circulation. They were recognizable by a countermark that showed the Bernese coat of arms on the obverse and the value "40 BZ" on the reverse. By July 1819, about 600,000 talers had been marked in that way.