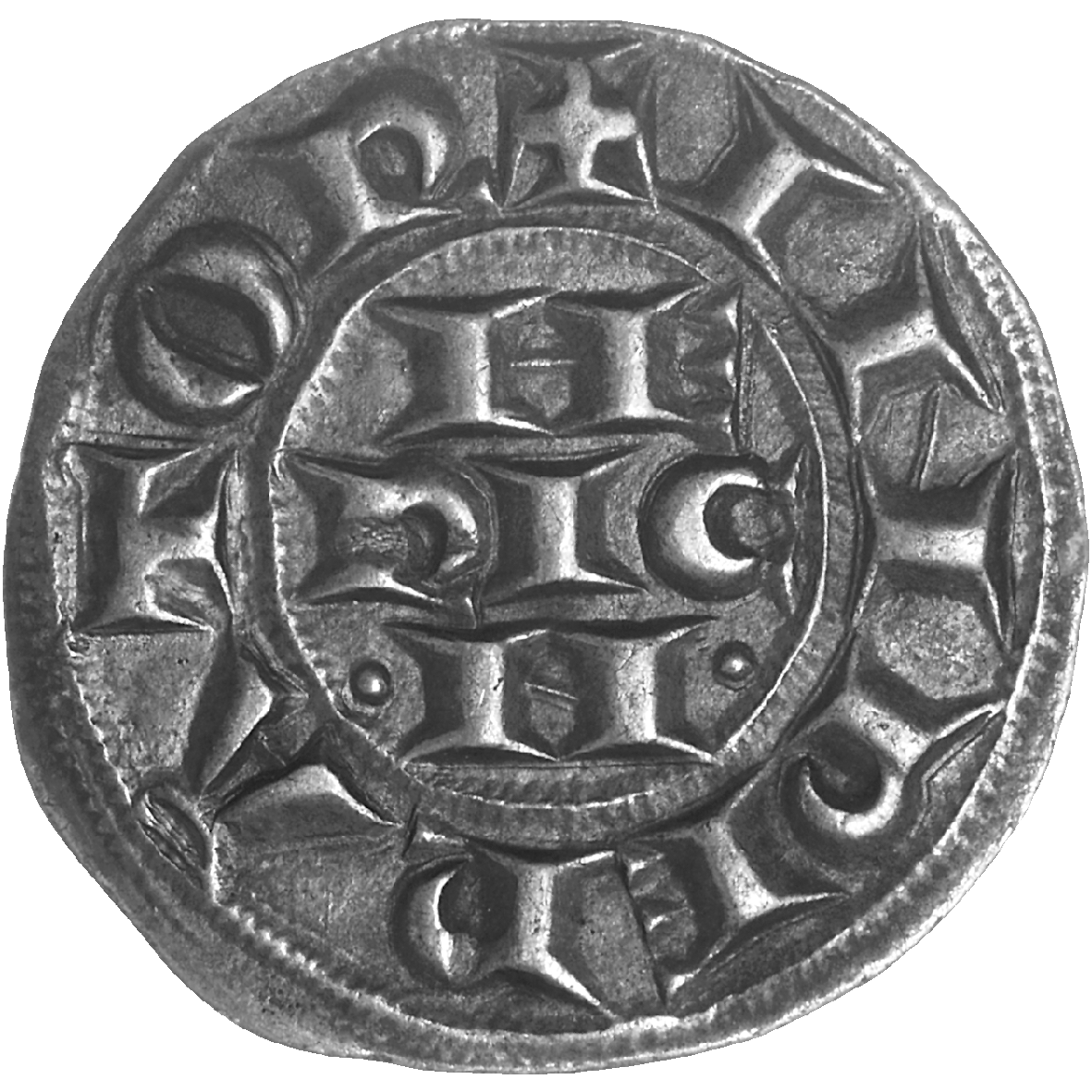 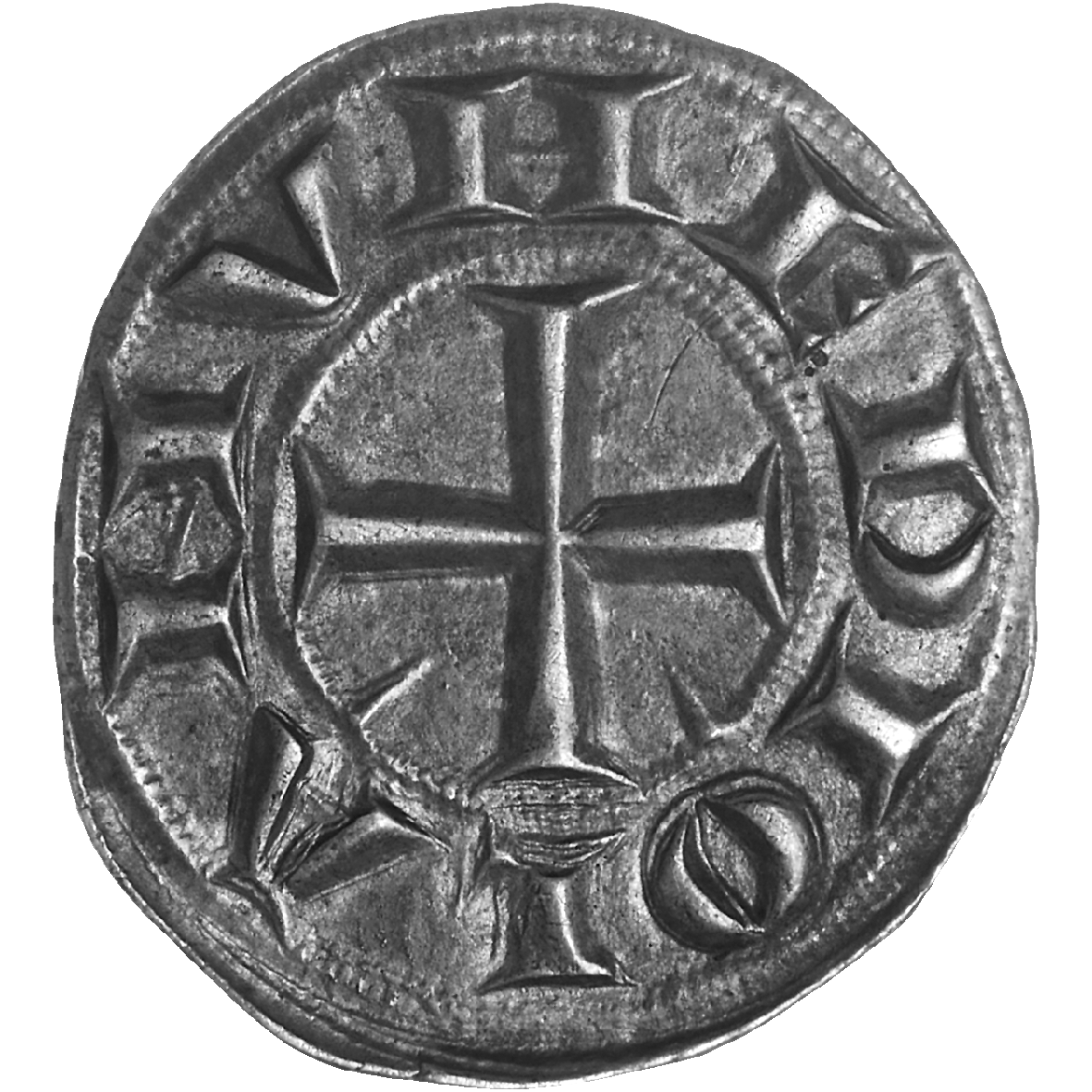 In the 12th century the pfennig (or denarius) had devaluated badly almost all over the occident. Originally, 240 pfennigs had been minted from a pound of silver, but now many more coins were made from the same amount of precious metal. This was mainly caused by a growing demand for money, for trade and industry flourished. At that time many towns began to issue new coins. They were called grossi, "fat pennies," because they were bigger and heavier than the old pfennigs. However, the new grossi were often struck with the same dies formerly used for pfennigs. This is the case with this coin, which bears an enlarged pfennig design. The coin was issued towards the end of his reign by Emperor Frederick II (1194-1250) in the name of his father Henry VI. The mint was Milan.