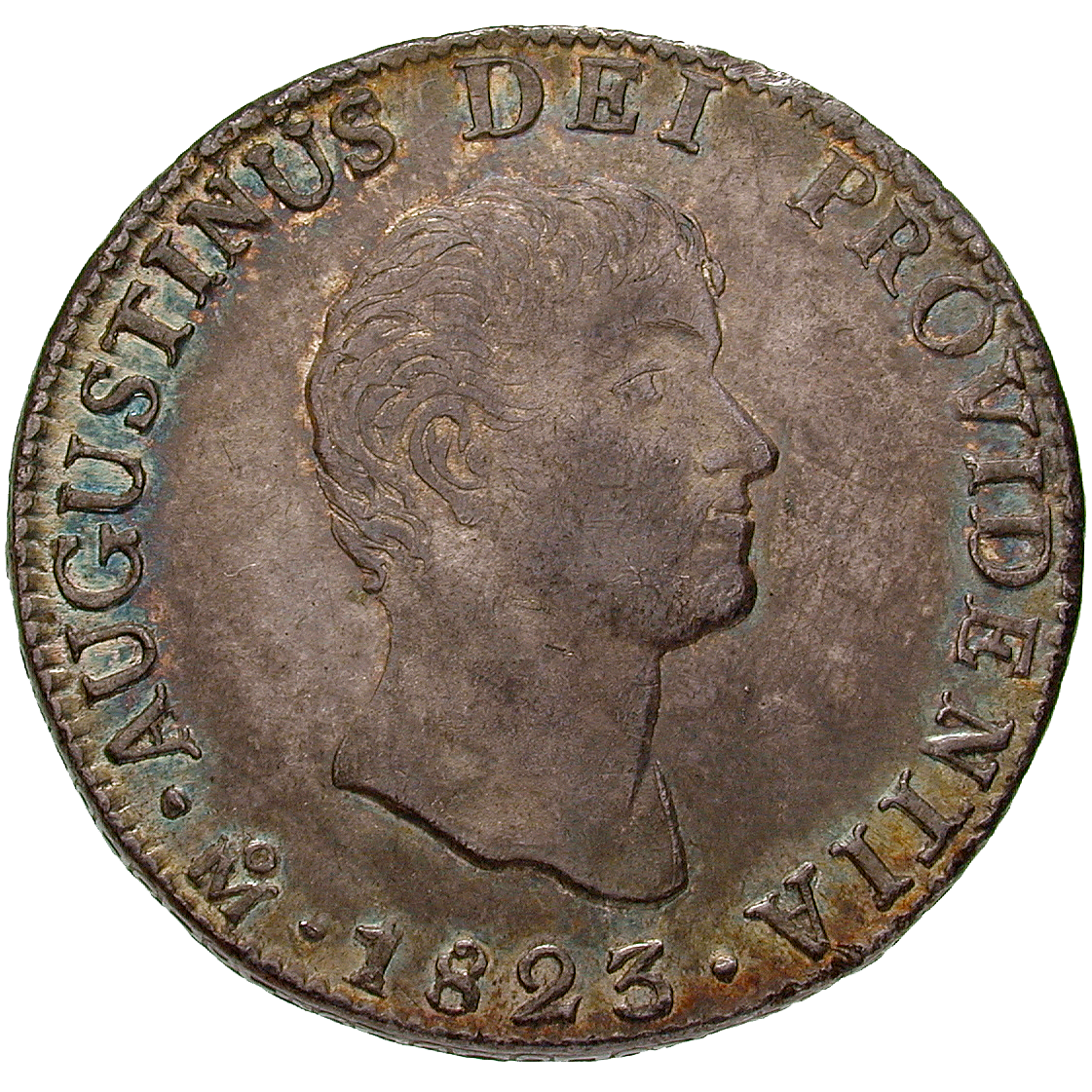 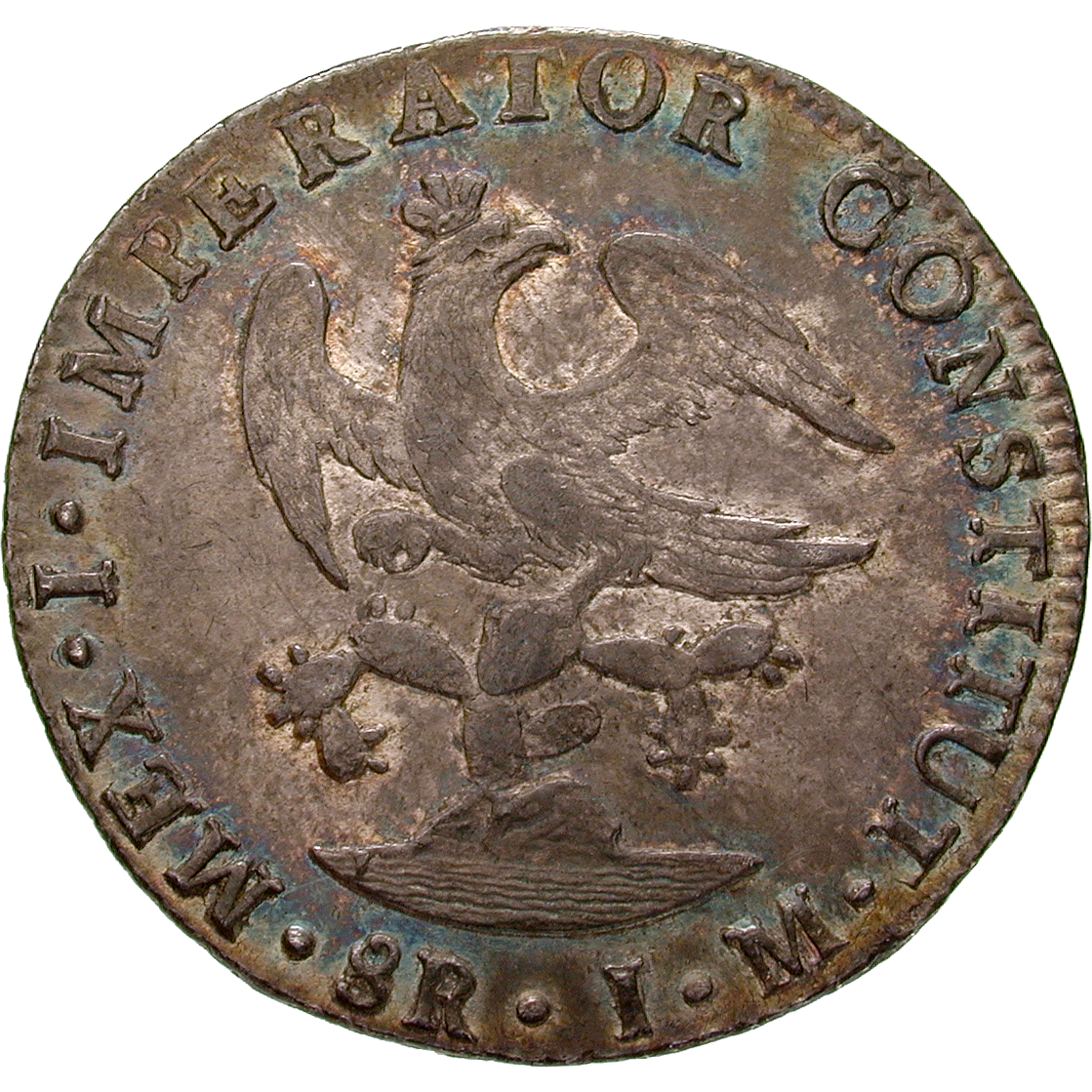 Mexico gained independence from Spain in 1821, and after a short intermezzo under Emperor Augustín de Itúrbide (1822-1823), became a republic in 1824. Emperor Augustín I, as Itúrbide called himself after his takeover, introduced as Mexican currency the peso modeled after the Spanish archetype. The mints in Mexico City had been minting millions of pesos in the name of the Spanish kings since 1535. Now, Mexico started to issue pesos in its own name. The coin motif showed an eagle sitting on a nopal plant growing out of a rock in the sea. This pesos became soon known as eagle dollar all over the world.