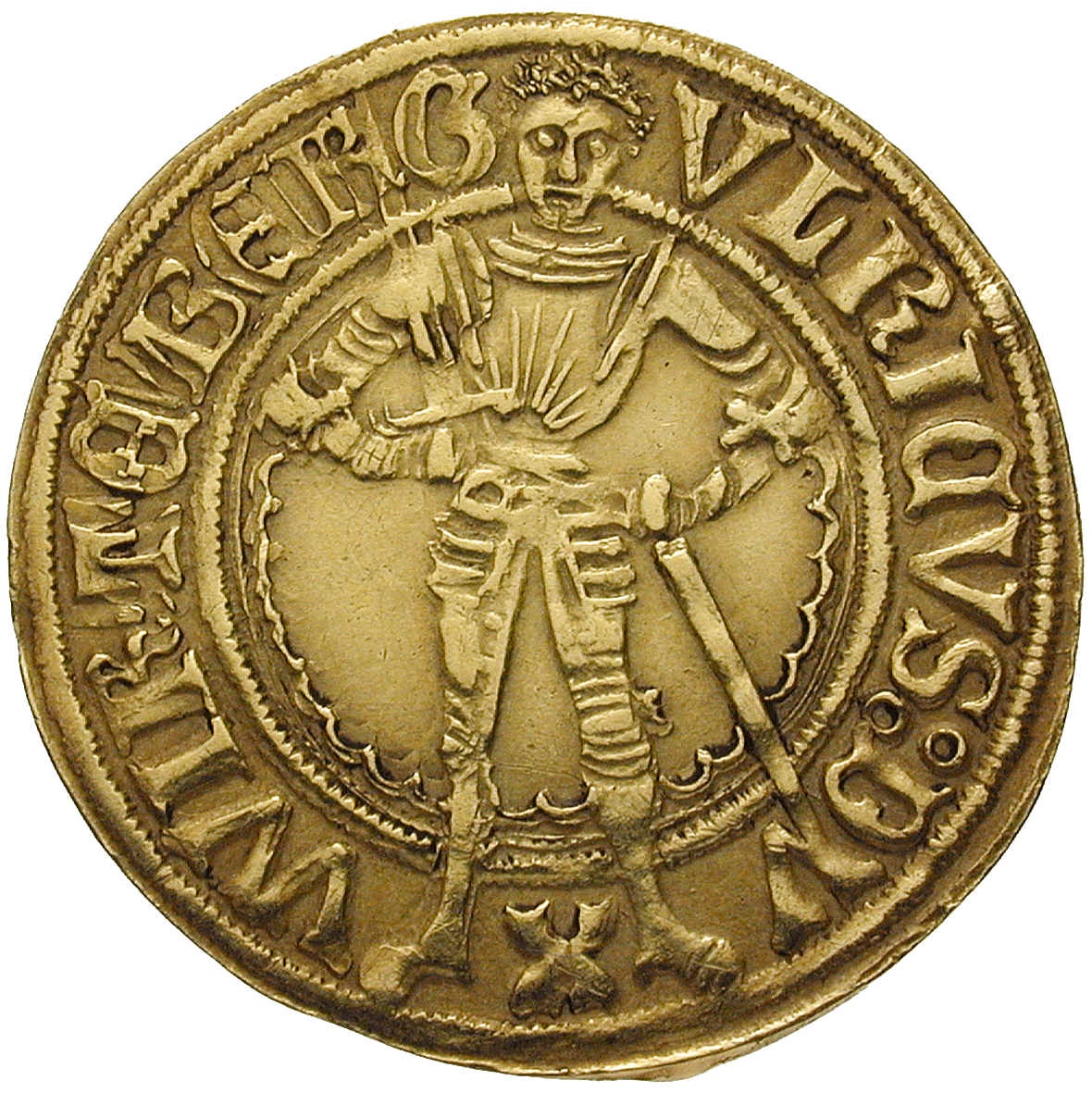 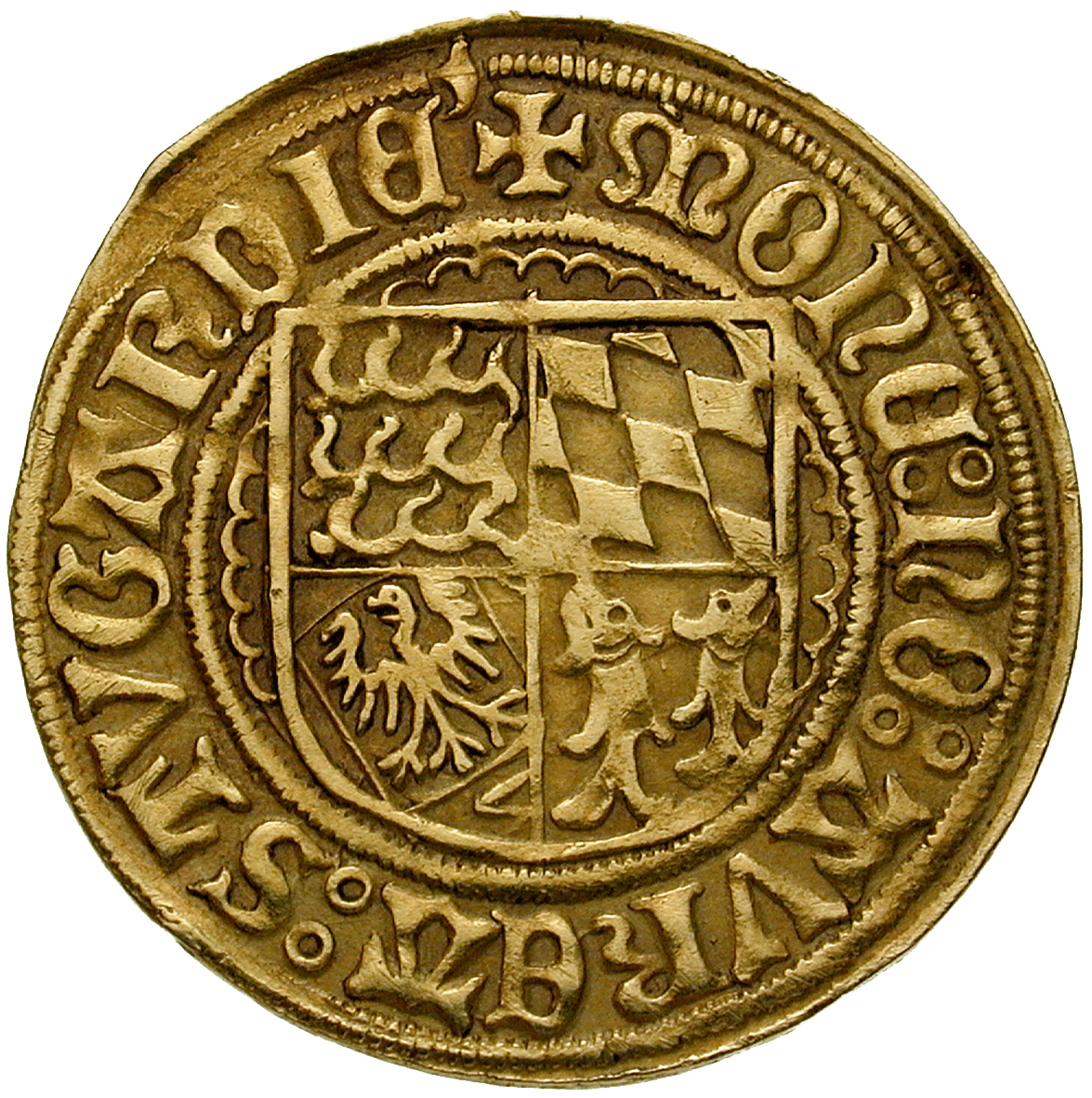 Goldenguldens like this one were used especially for far trade. They circulated all over the German Empire and beyond. The obverse of this goldgulden shows Duke Ulrich (1498-1519) with an armor and a drawn sword. By wearing the symbols of chivalry Ulrich pointed out that he felt obliged to the ideals of knighthood. These ideals required the inconsiderate waste of possession. The knight who wanted to be considered as high-minded had to lavish without thinking. Glory – won in excessive festivities or in glorious battles – outweighed the soothing thought of a balanced budget.