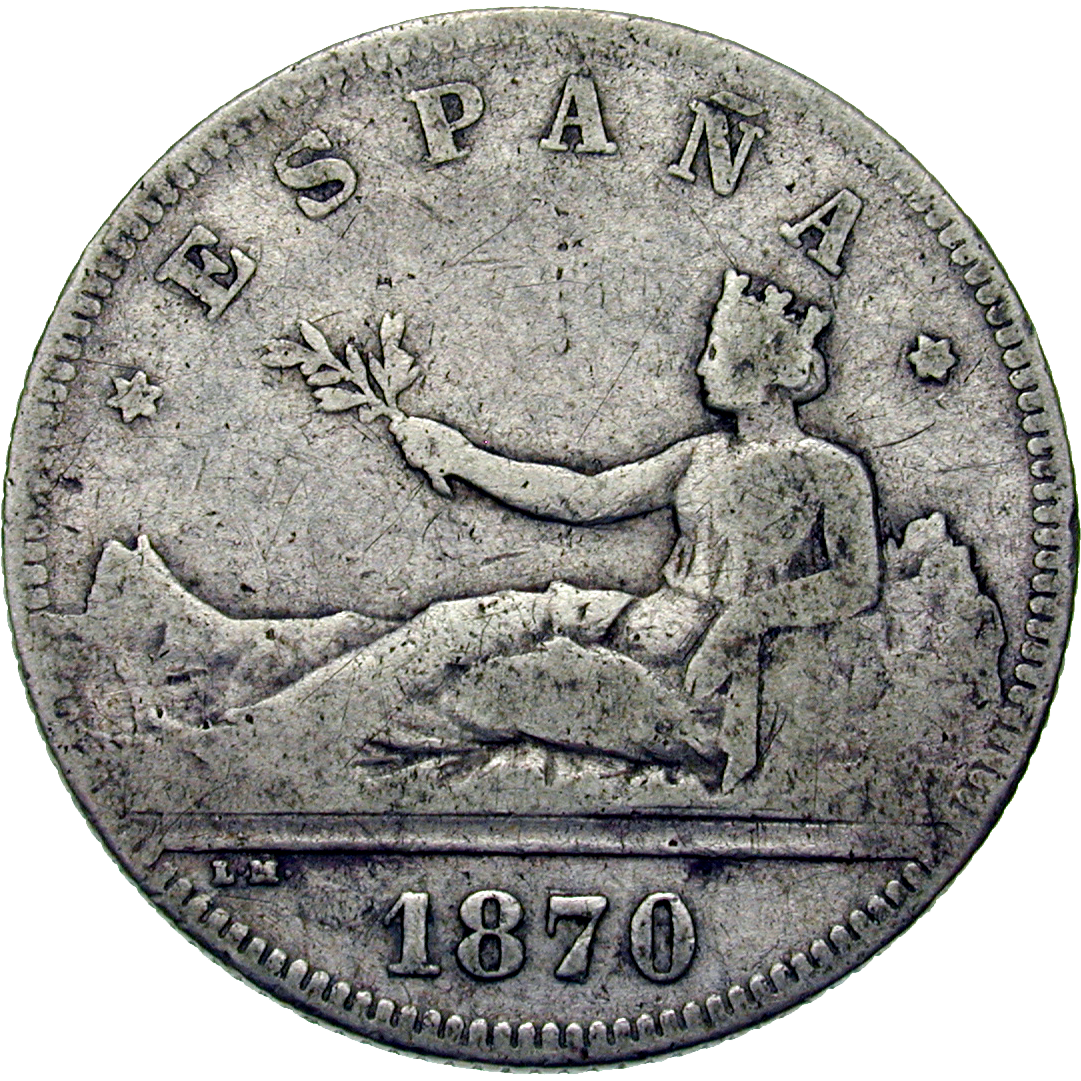 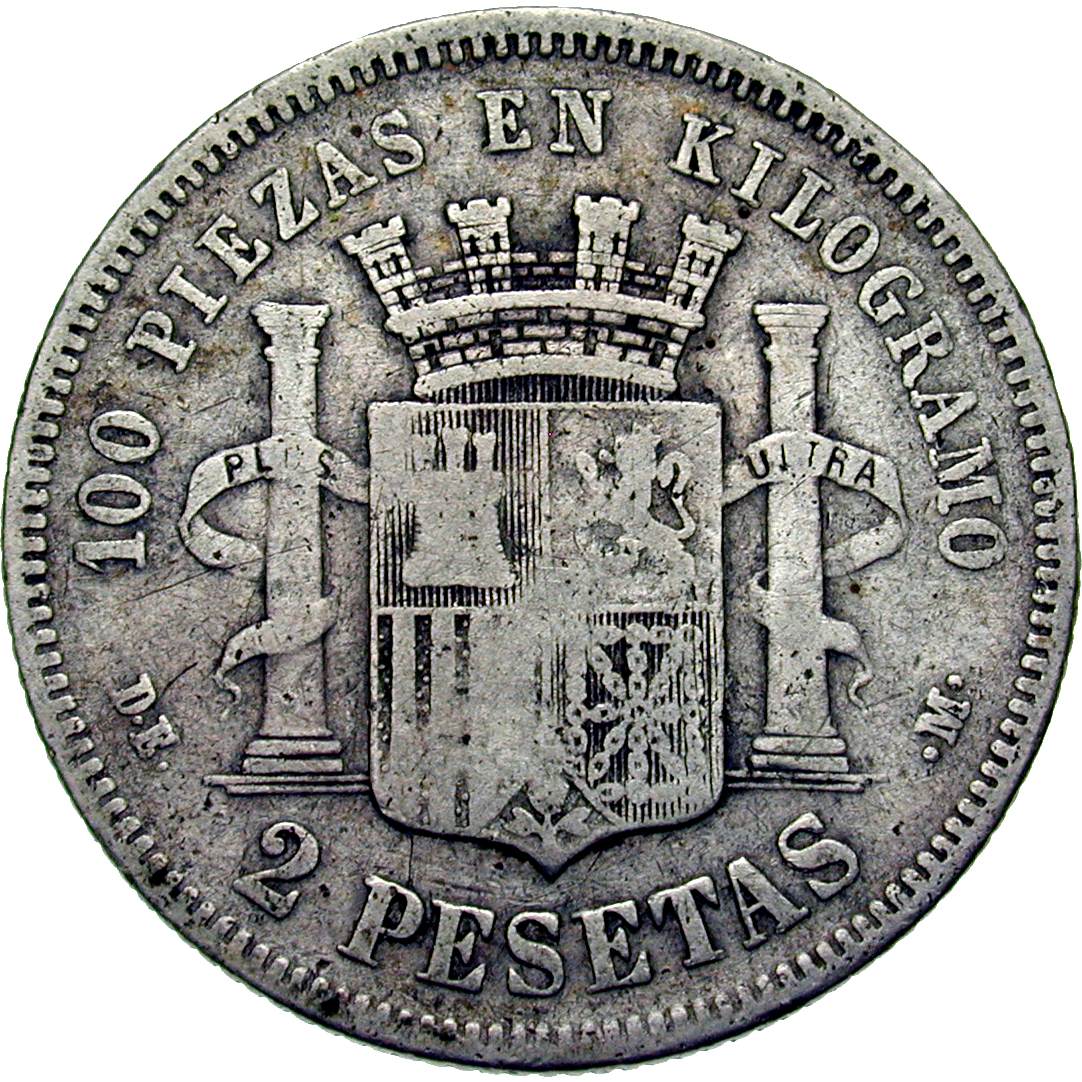 The peseta has its name from the peso, which was the major Spanish silver coin over centuries. "Peseta" is nothing else than its diminutive. The peseta was not an invention of modern times. It was issued already in the early 18th century for regional circulation in some Spanish provinces. Since the introduction of the coinage act of 1864 by Queen Isabel II, one peseta held five reales. This was the value it still had, when it became the national coin unit of Spain four years later.