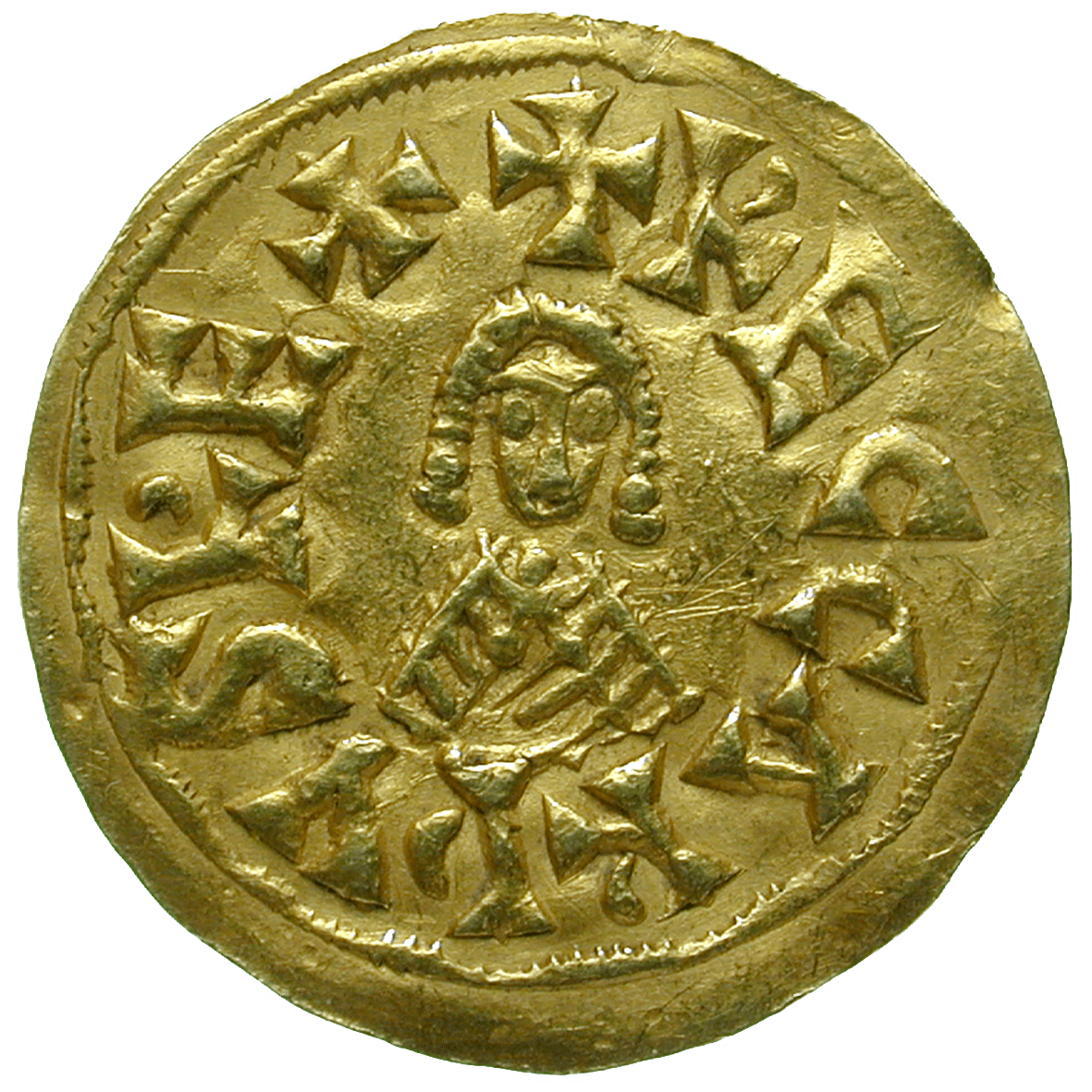 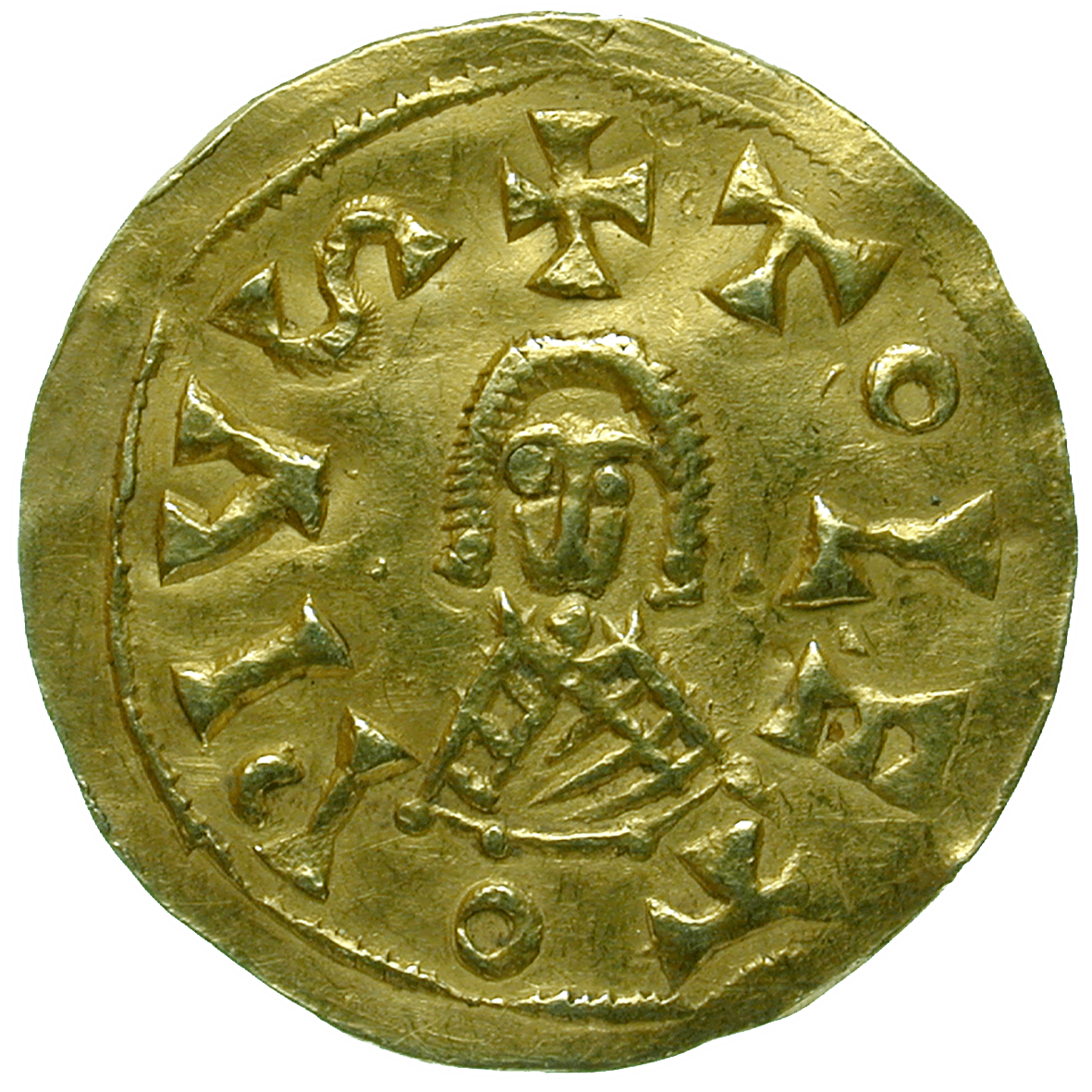 Originally, the Visigoth Empire was located in Southern France and is, after its capital Toulouse, usually called Kingdom of Toulouse today. From the beginning of the 6th century AD, however, the Visigoths were pushed out of France. They dodged back to Spain, where they established the so-called Kingdom of Toledo around the new capital of Toledo. At that time, a reorientation of Visigoth coinage began. Until then, the Visigoth kings had plainly copied Roman coins. They regarded themselves as heirs to the Western Roman Empire, and therefore saw no breach of law in imitating imperial coins. Only after 580 did they introduce a genuine Visigoth coin design. From now on, both sides of the coin bore the king's frontal bust. The obverse read the king's name and the title REX. The reverse showed the name of the mint and a honorific epithet – here it is PIUS, pious. Naturally the epithet referred to the king, but had to be placed on the reverse due to lack of space.