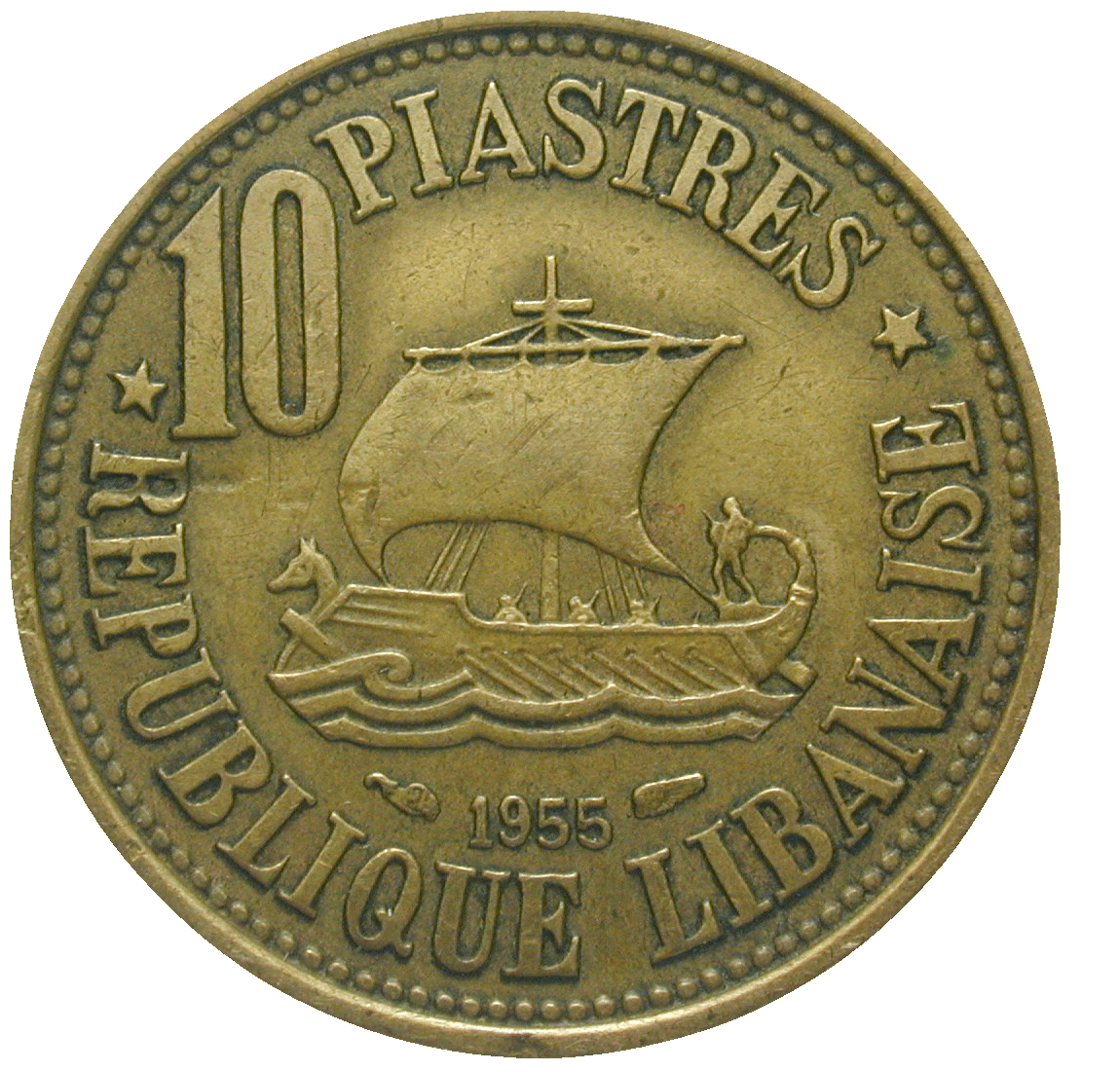 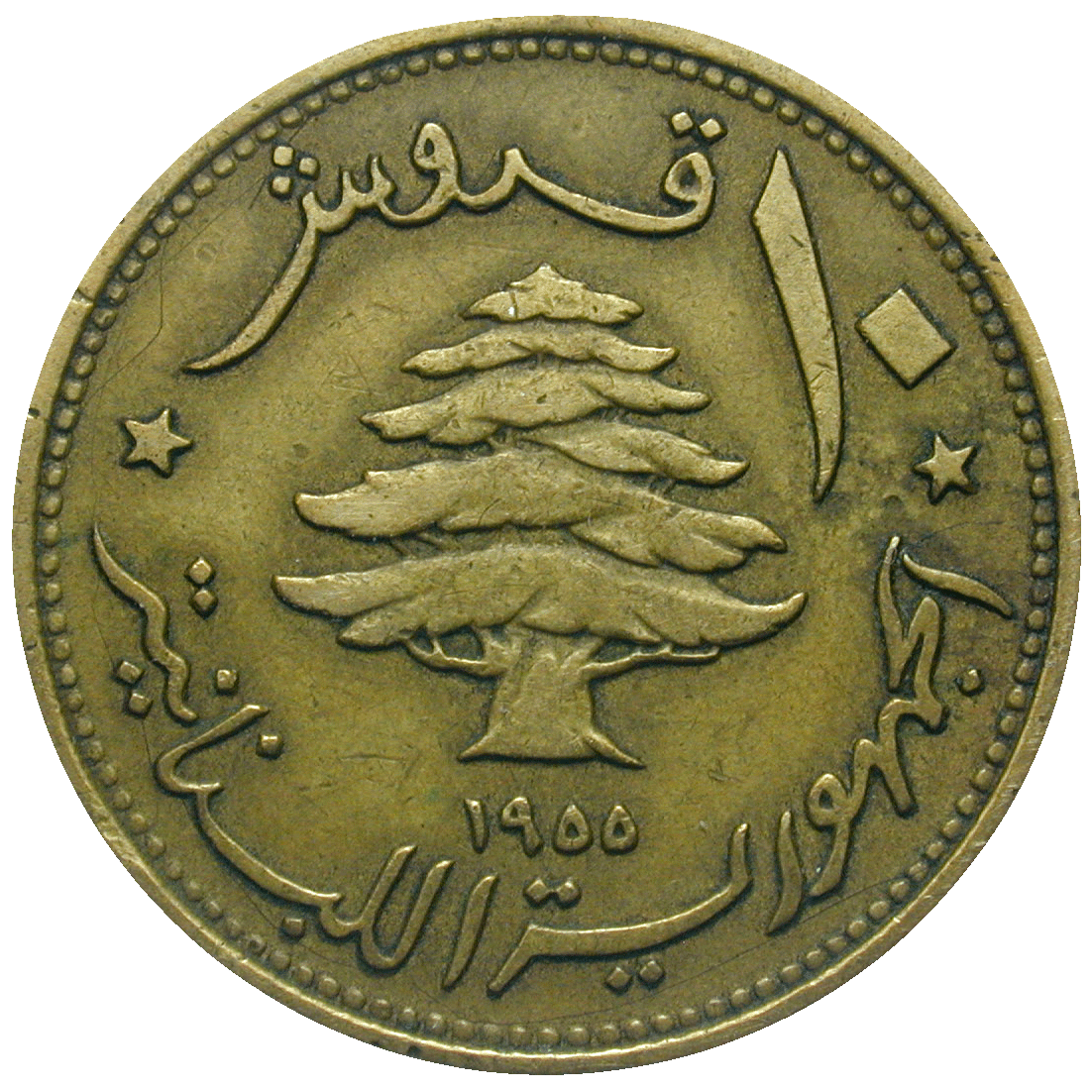 Between 1920 and 1941, the Lebanon was a French protectorate. Eventually in 1941, the country became independent and a republic was established. The French protectors created a pound-currency for Lebanon which was maintained after independency. The Lebanese pound is divided into 100 piasters. This 10-piaster coin bears a cedar on one face: the cedar is the emblem of Lebanon, as its cedar woods have been world famous since historical times. The other face shows a Punic galley, because Lebanon, located on the eastern shore of the Mediterranean, was the powerful Phoenicia of ancient times.