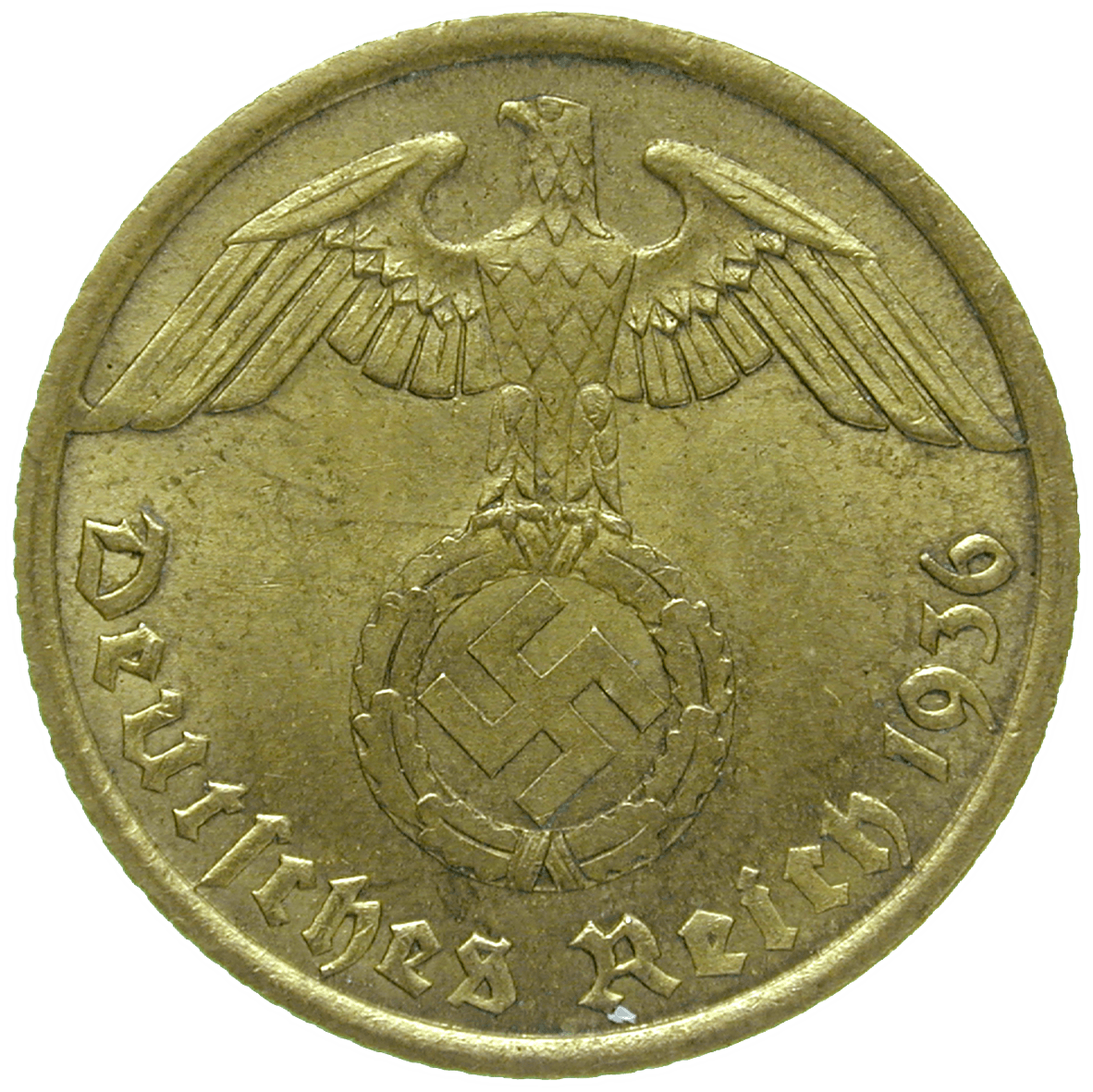 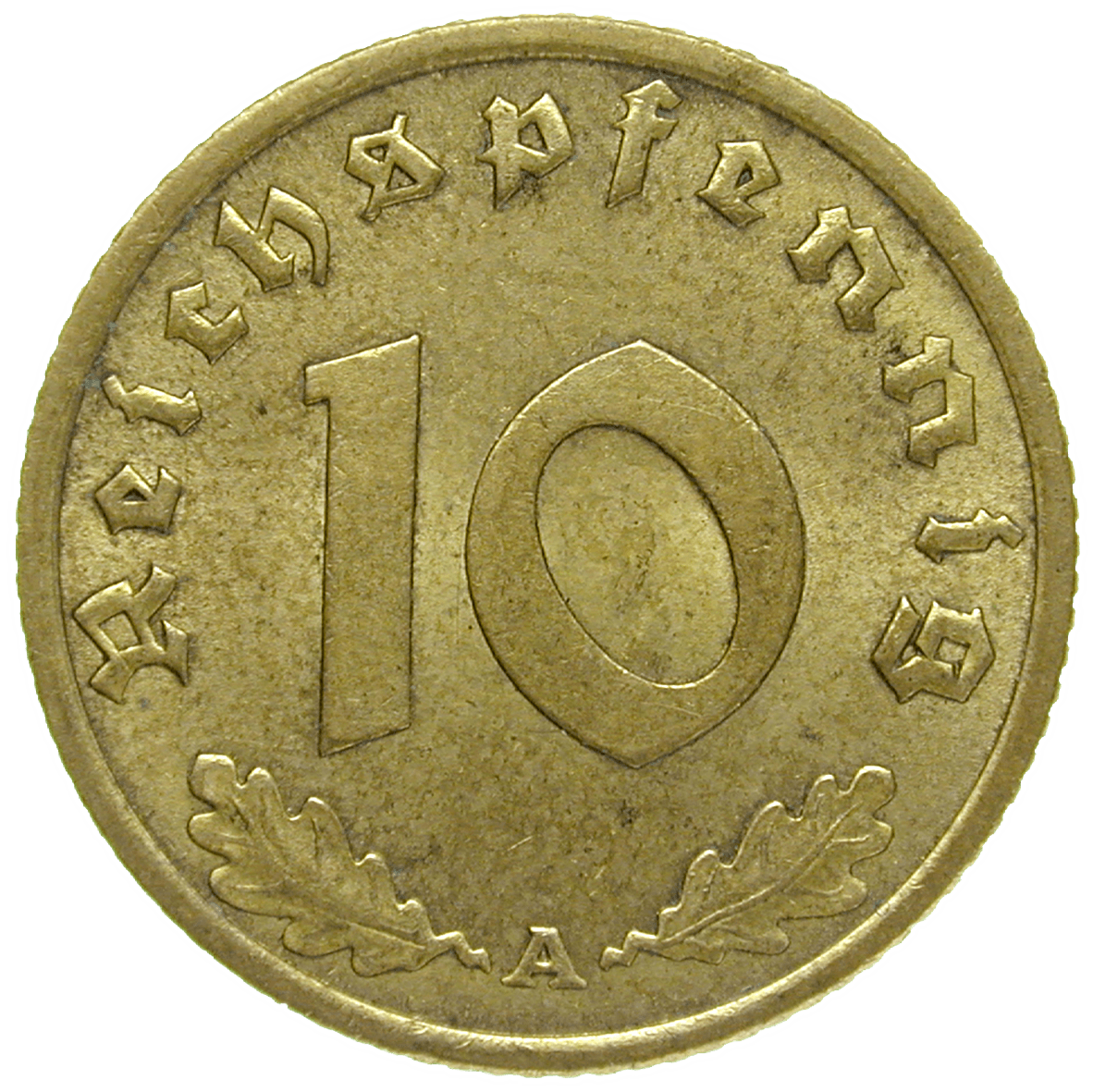 This coin from the time of the German Third Reich (1933-1945) unites different very old symbols: the imperial eagle, the swastika, and oak leaves. In addition, the legends are written in letters that emerged around 1933 and were based on ancient Gothic letters. The eagle derived from the antic Roman military standard, the Aquila, and was a symbol for stately power. Oak was seen as a truly "German tree," for ancient Germanic tribes had considered it as symbol of strength and endurance because of the hardness of its wood and its distinctive, late falling leaves. The swastika, finally, was a symbol that had already been used thousands of years ago in Mesopotamia and India, later also in ancient Greece and in Rome. It became a widespread symbol in Germany towards the end of the 19th century, as a supposedly "Aryan" sign for the "purity of the blood." Our coin shows evidently how the Nazis used the most diverse symbols to awaken and fuel German national feelings. From 1933, these symbols became all-pervading in German life as the symbols of rule by the Nazis.