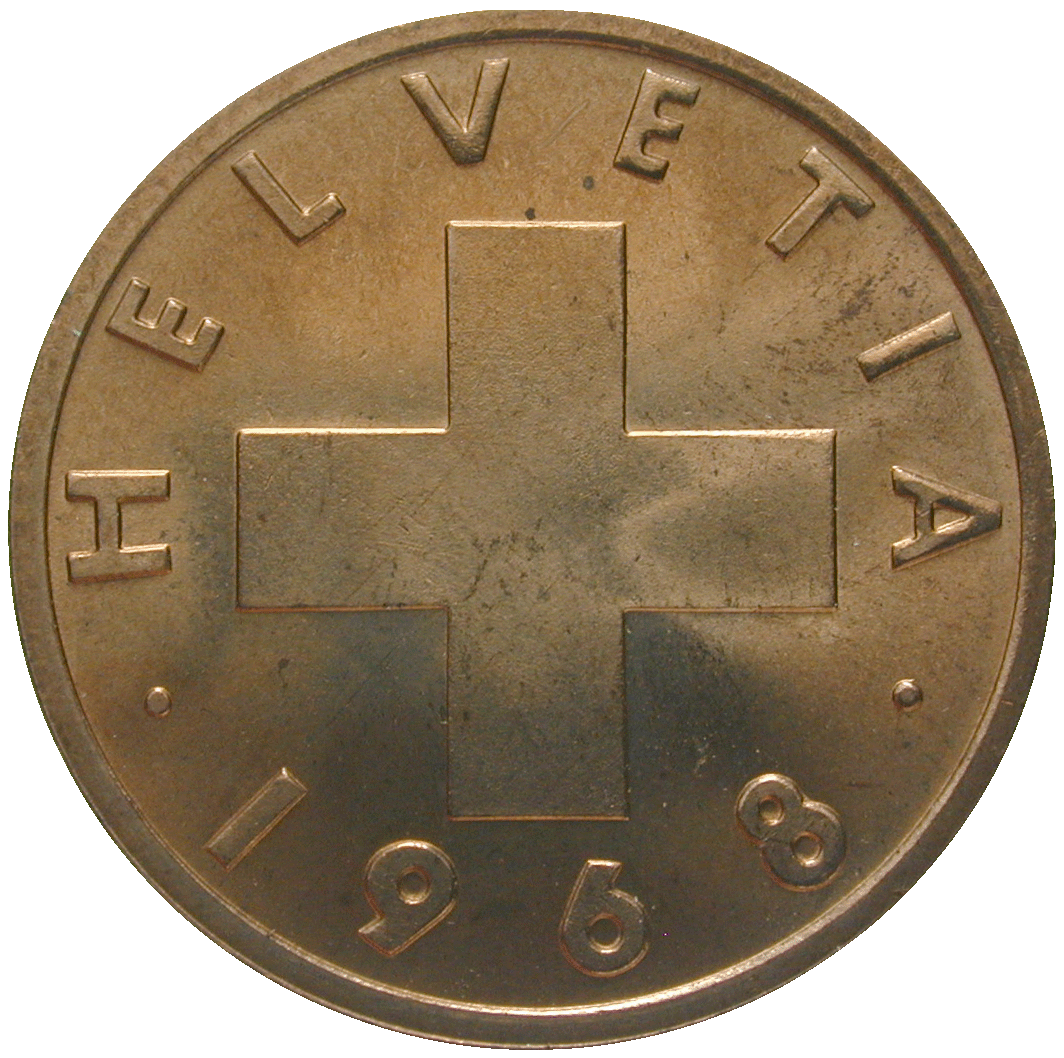 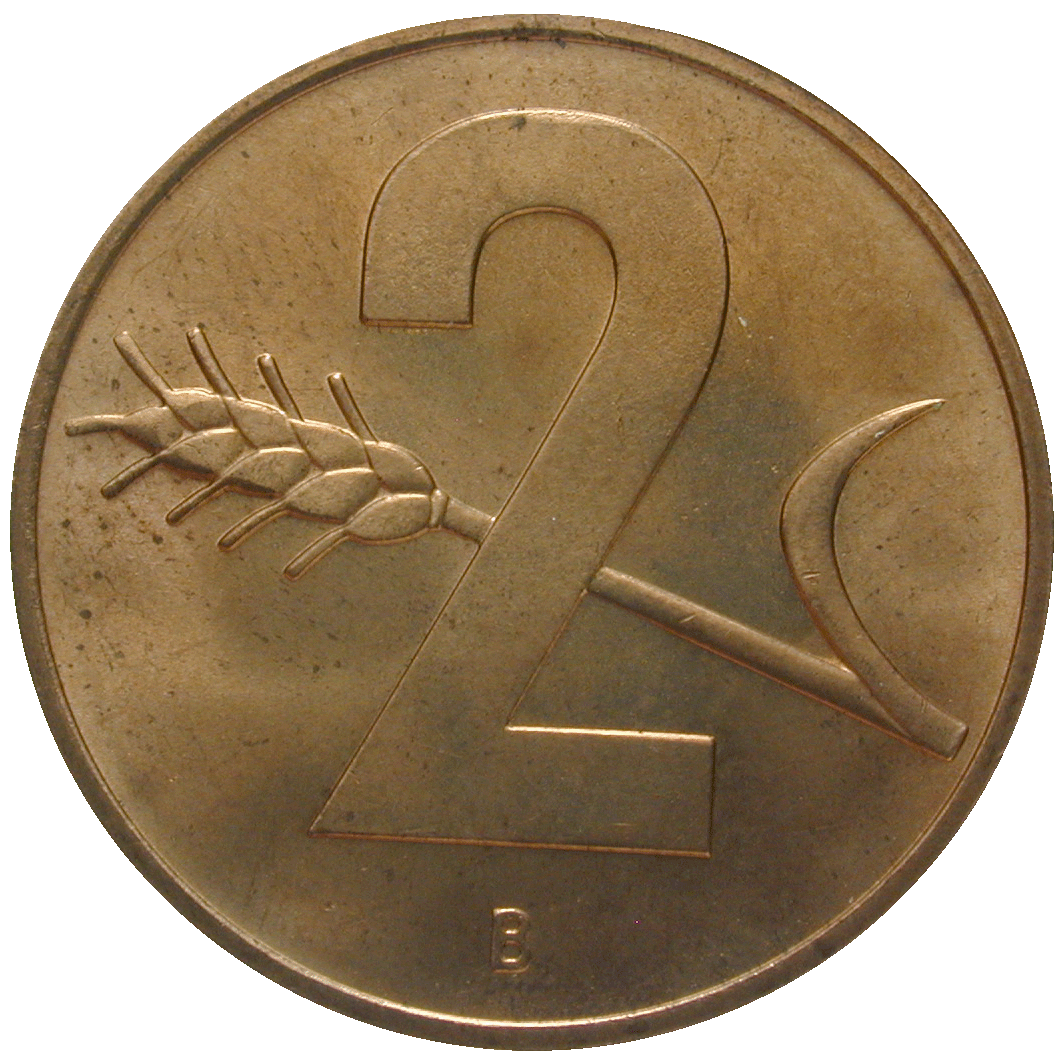 72.756 million 2 rappen-pieces have been minted between 1850 and 1974. 2 rappens were used as lucky charms, although the 1 rappen-coin was considered as even luckier. Collectors prefer coins of 2 rappens nonetheless. Collectors' prices range significantly above the actual face value, because the 2 rappen-coins never circulated in large numbers. However, prices of more than 1 franc are very rare and only paid for especially sought-after dates.