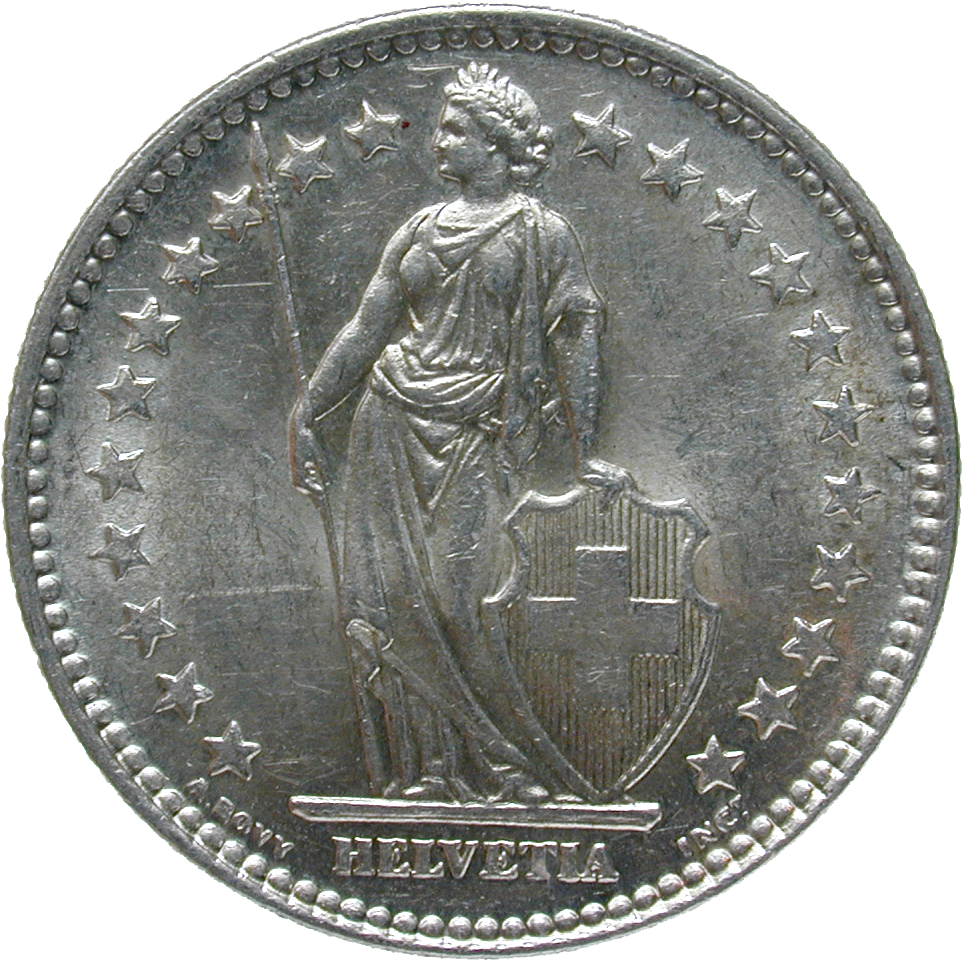 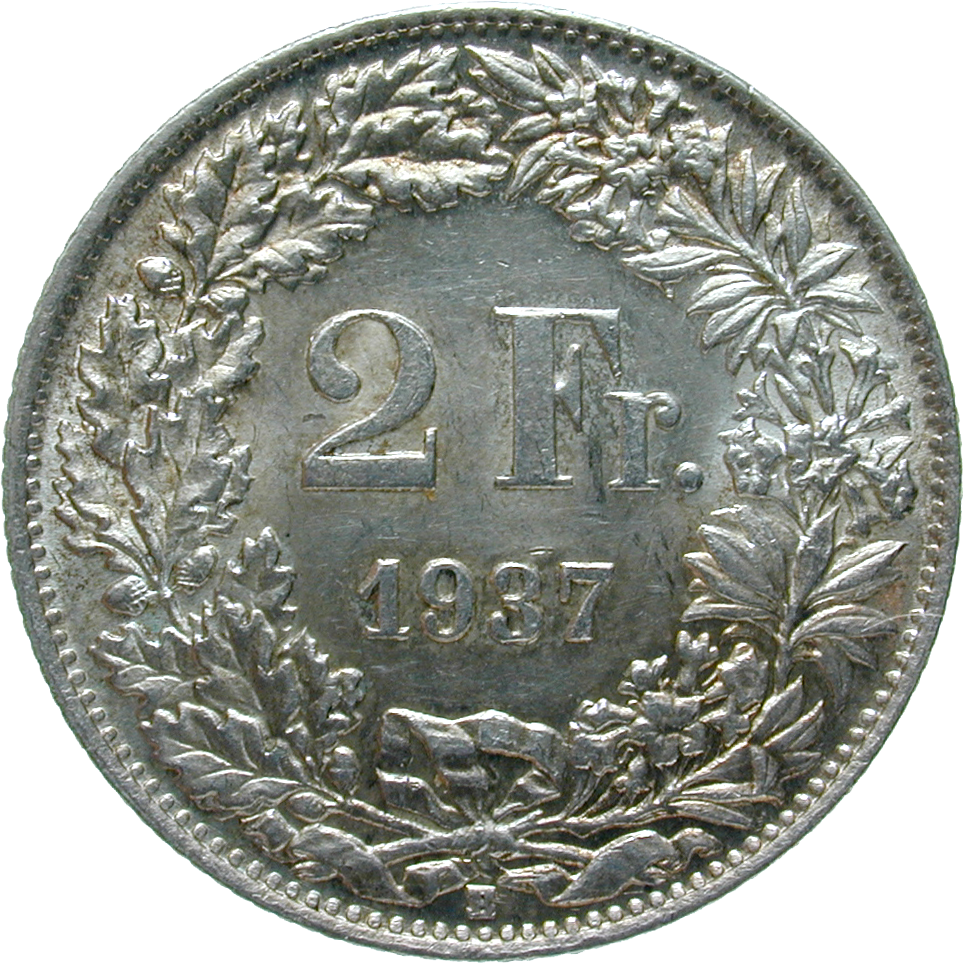 In 1874, Antoine Bovy created the standing Helvetia, which can still be seen today on the 1/2-, 1- and 2-franc pieces of Switzerland. So far in the history of coins, there has never been such an unchanged minting over a period of 123 years. 22 stars on these coins symbolize the then 22 Swiss cantons, just as the 13 stars on US coins stand for the 13 founding states. In the year 1983, after the formation of the new canton Jura, another star was added.