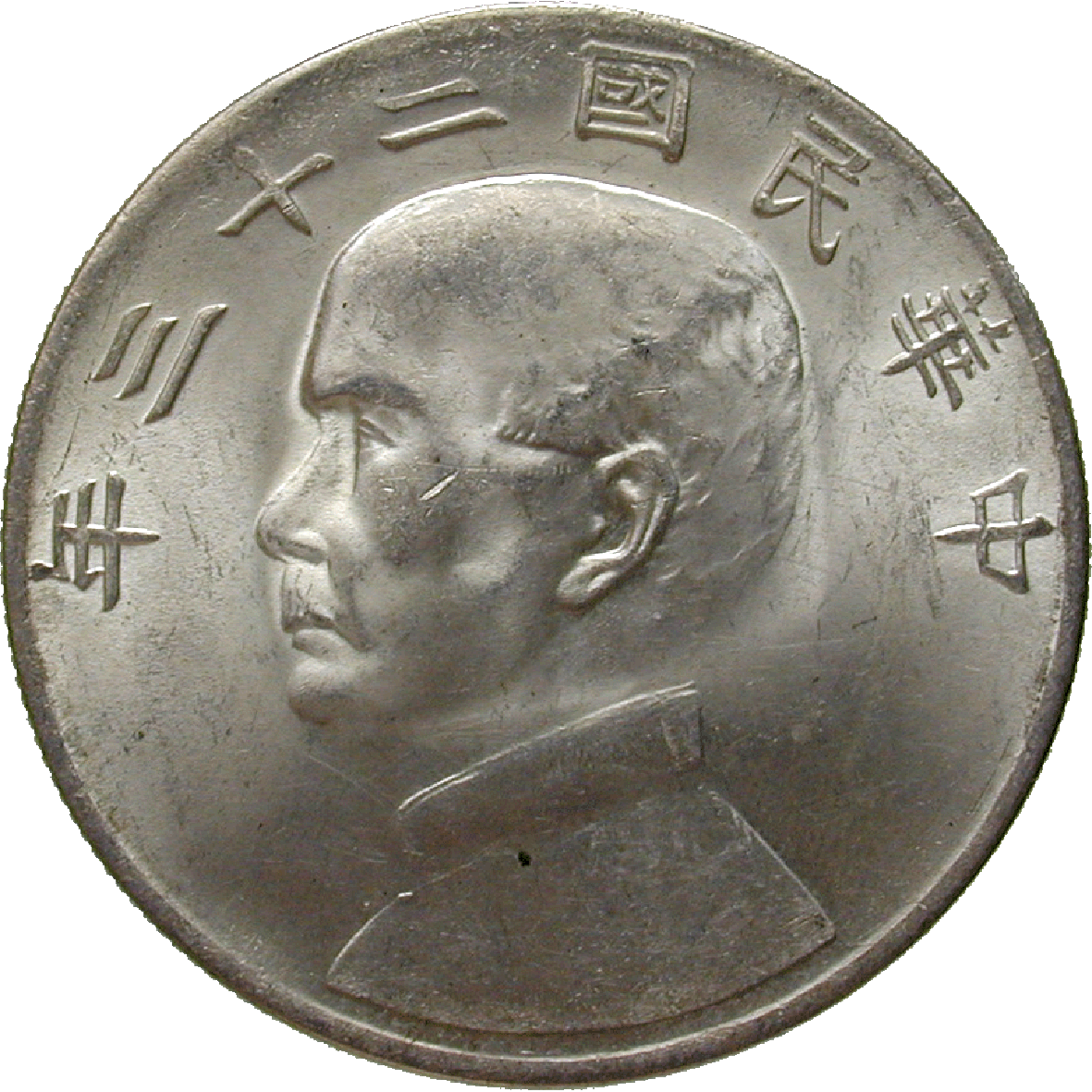 In 1911 the monarchy was overthrown in China. After more than 2100 years, the Chinese Empire was history. The calendar of the republic began with year 1, the year of 1912. The first republican silver dollars bore the portrait of China's first president Sun Yatsen. However, even though Sun Yatsen resigned after only one year in power, the issue of silver dollars with his image was continued until the mid-1930s; this coin was issued in the 23rd year of the republic. It is a so-called "junk-dollar," named after the junk on the reverse.