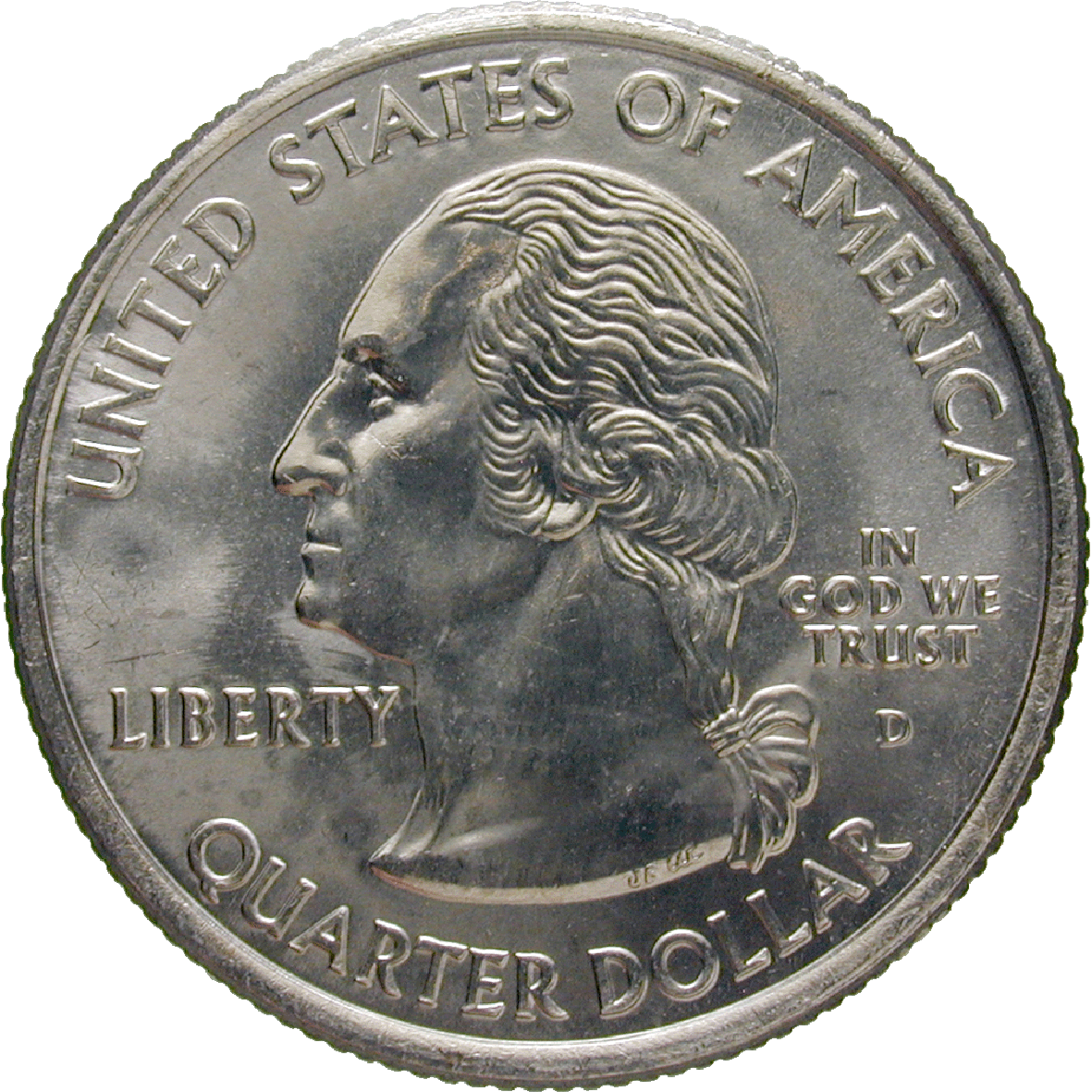 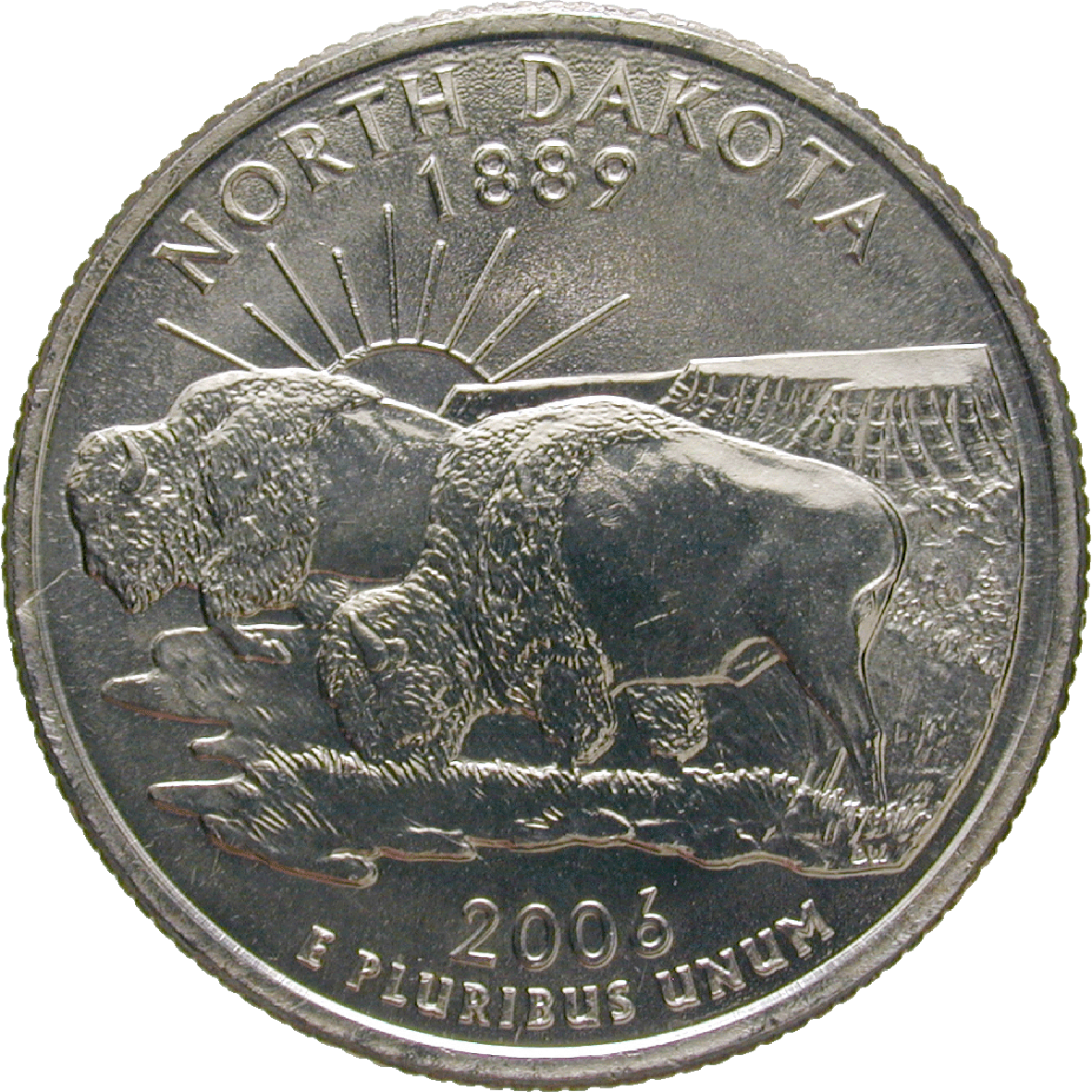 After the division of the Dakota Territory, North Dakota became the 39th member of the United States. The date on top of the reverse of this state quarter stands for the event. Below are grazing buffalos while the sun sets behind the Badlands. The commemoration coins of the state quarter series that the USA issued between 1999 and 2008 all feature a design emblematic for one of the 50 union states. The obverse is the same for all the issues. It bears the words 'United States of America', 'Liberty' and 'In God We Trust' and George Washington.