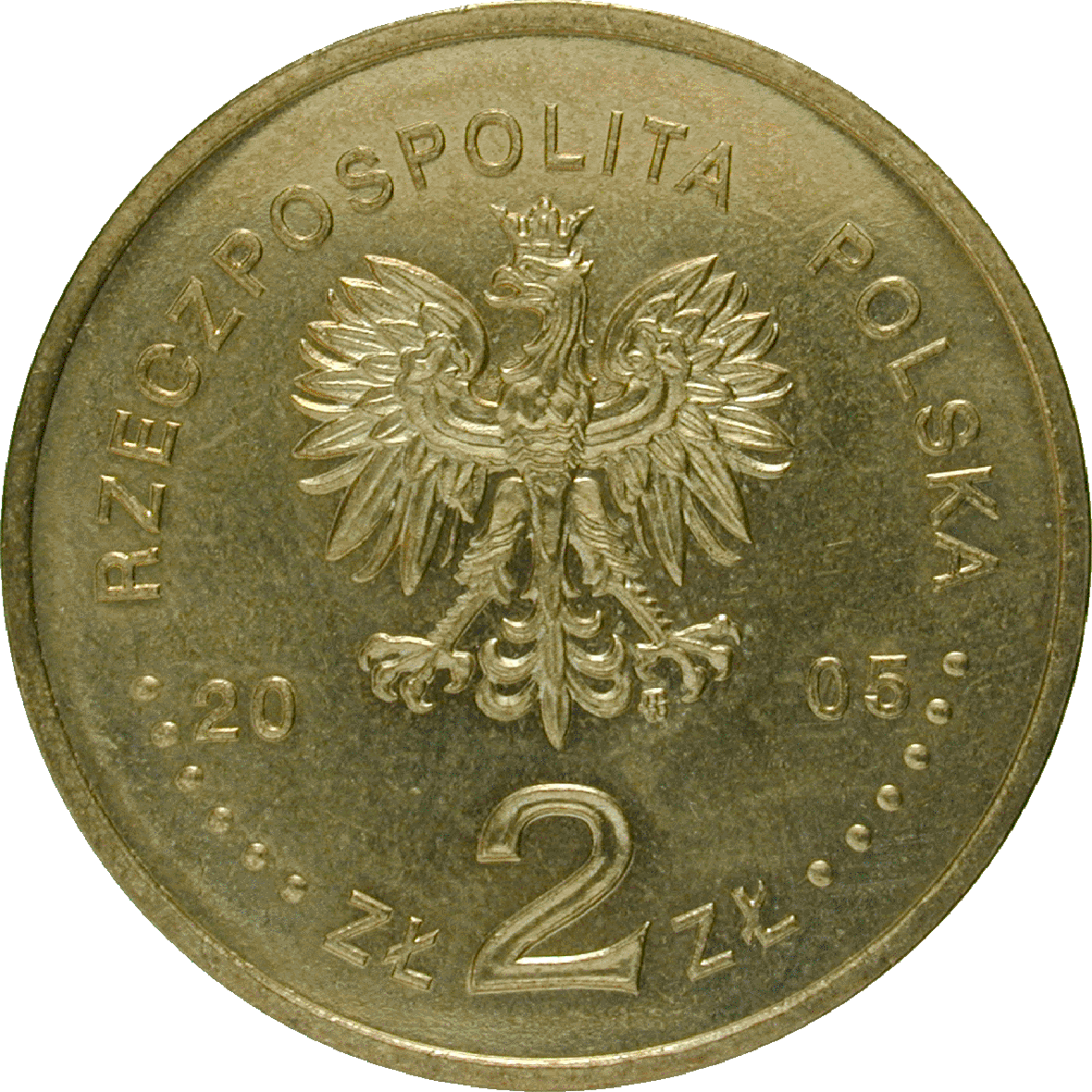 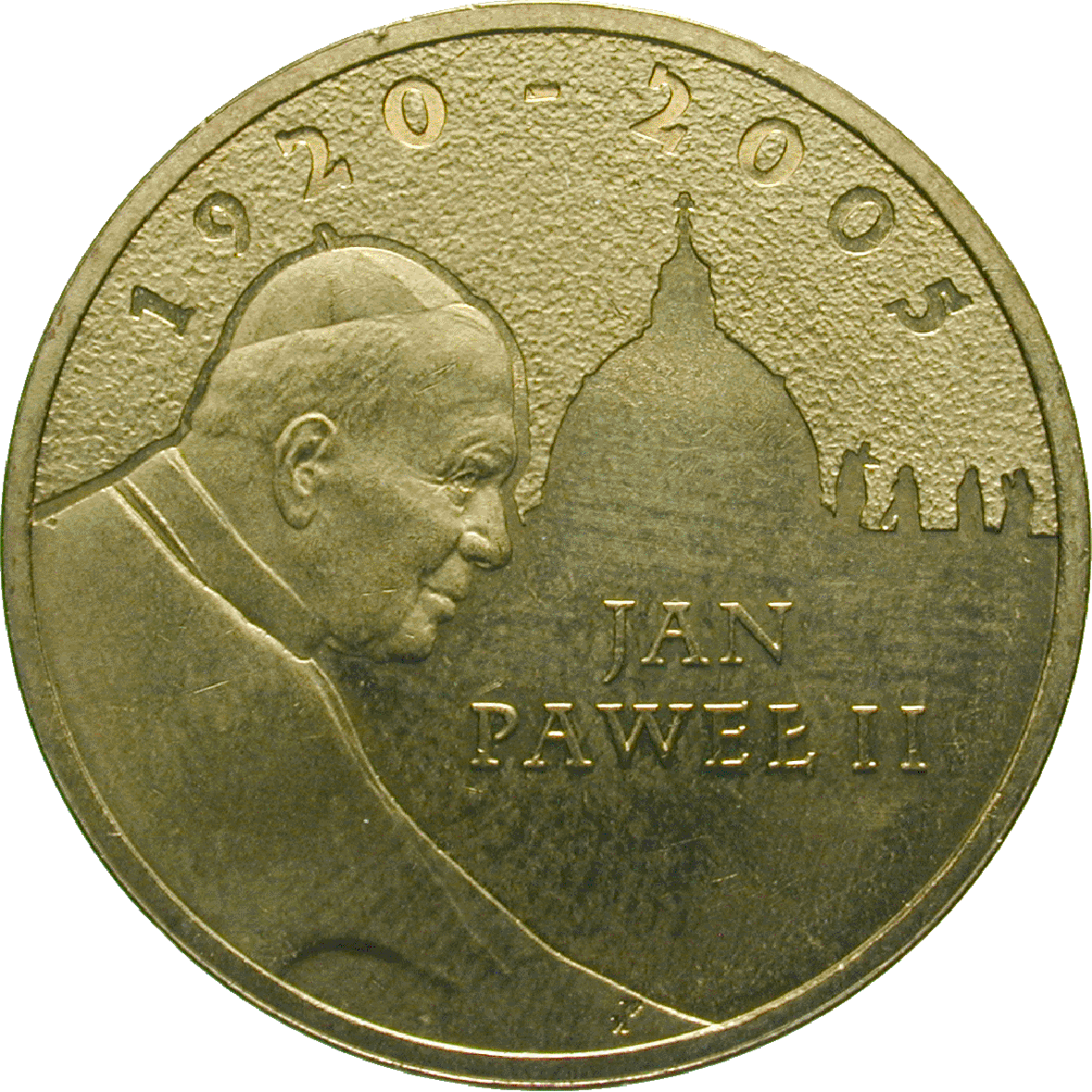 Obverse: An image of the Eagle, established as the state Emblem of the Republic of Poland; the notation of the year of issue, 20-05, on both sides of the Eagle; an inscription, 2 Z³, below the Eagle. An inscription, RZECZPOSPOLITA POLSKA, on the rim, preceded and ended by six pearls. The Mintšs mark, , under the Eaglešs left leg. Reverse: An image of Pope John Paul II, on the left-hand side. A stylised view of a fragment of St Peter's Basilica in Rome and an inscription, JAN / PAWE³ II, on the right-hand side. A semicircular inscription, 1920-2005, above. On the edge: The inscription, NBP, repeated eight times, every second one inverted by 1800, separated by stars. Obverse Designer: Ewa Tyc-Karpi─ska Reverse Designer: Urszula Walerzak