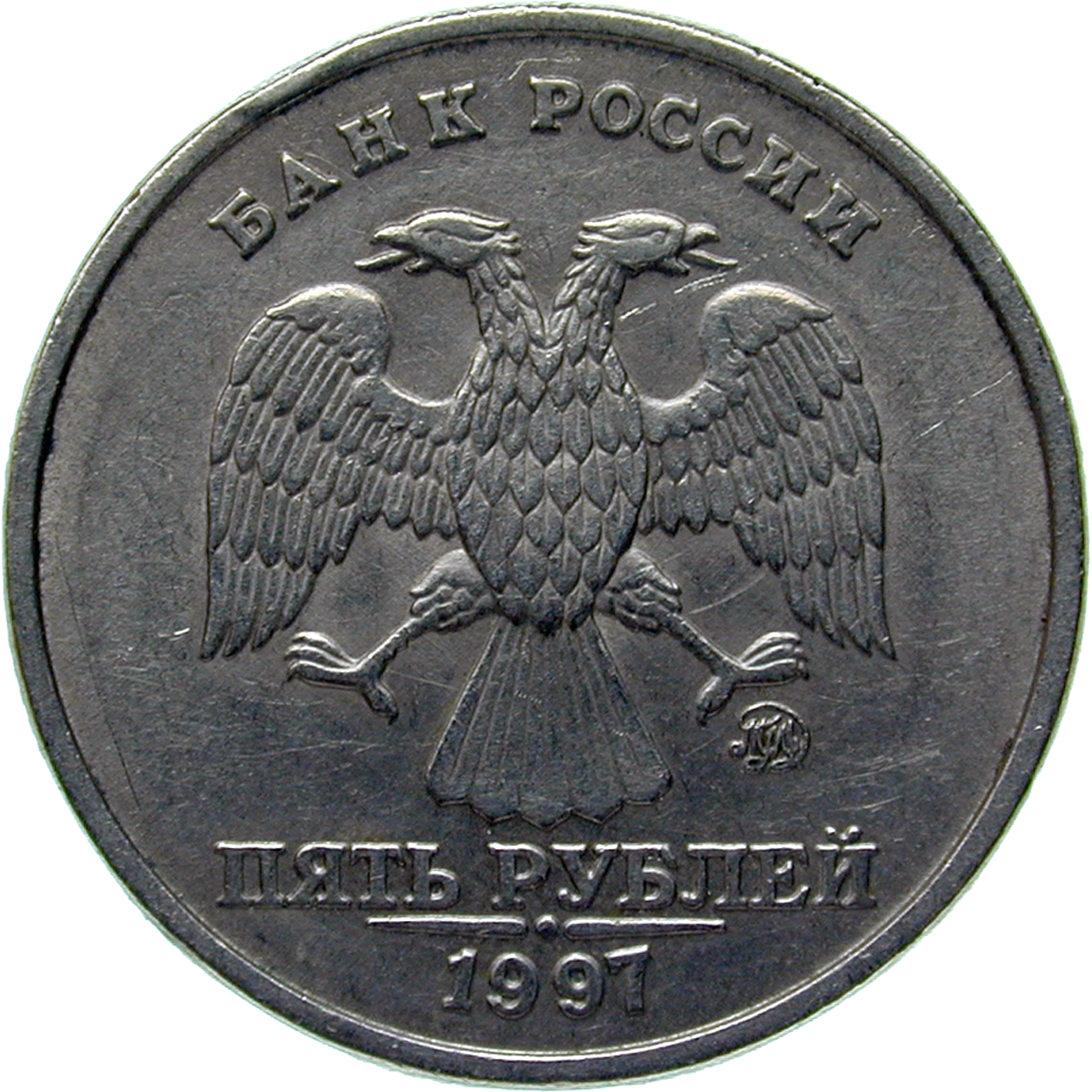 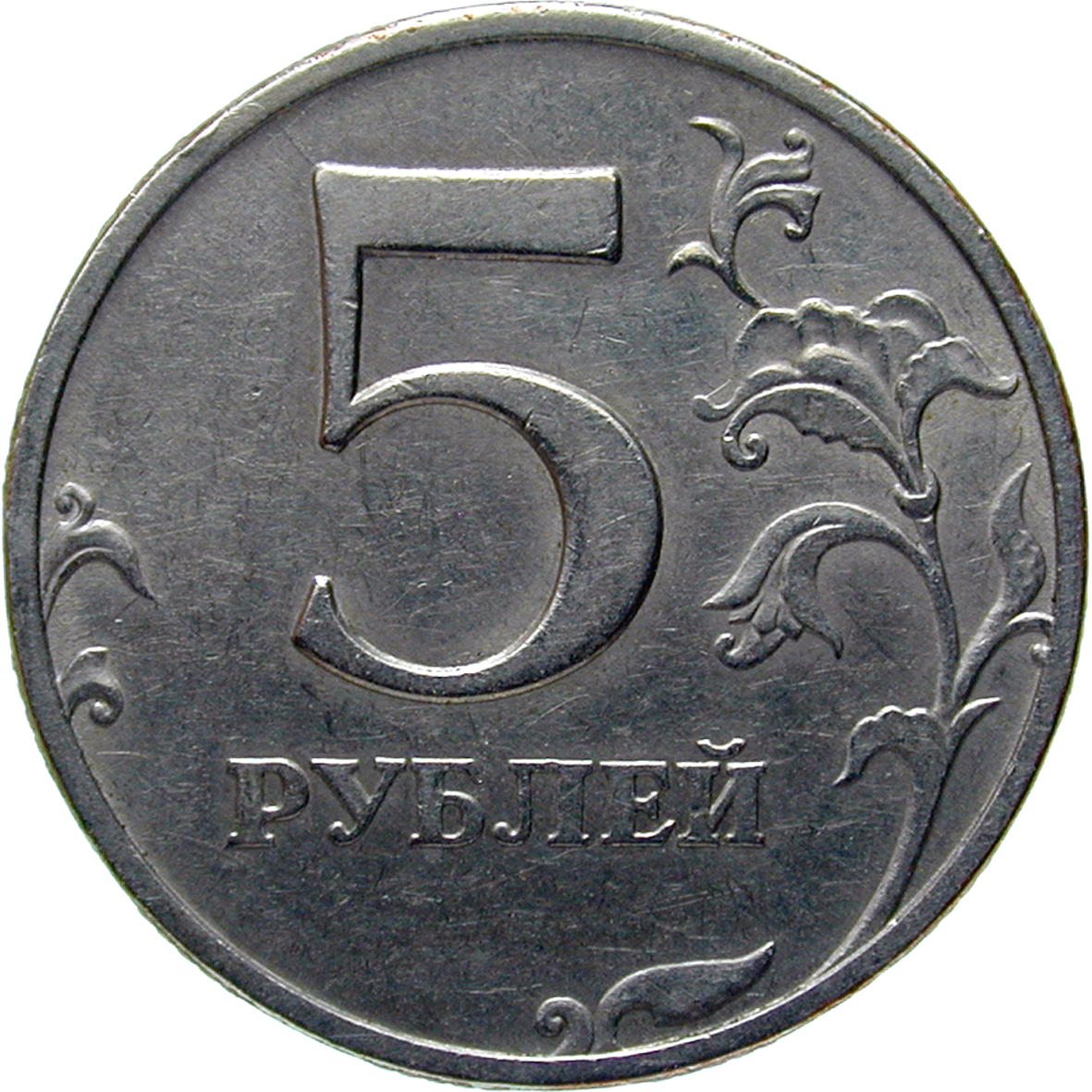 After the collapse of the Soviet Union in 1991, the succeeding states all issued proper currencies; only Russia kept its old money. After some years of high inflation the Russian currency was reformed in 1998. Three zeros were deleted, so that 1000 old rubles equaled 1 new ruble. Since then, coins like the 5-ruble-coin shown here circulate in Russia. It is noteworthy that all these coins began being issued in 1998, despite the fact that some of them are dated 1997. It is also remarkable that the Russian coins do not show any national symbols. The double eagle featured on this coin is the emblem of the Russian Central Bank, even though it bears a striking resemblance to the Russian national eagle.