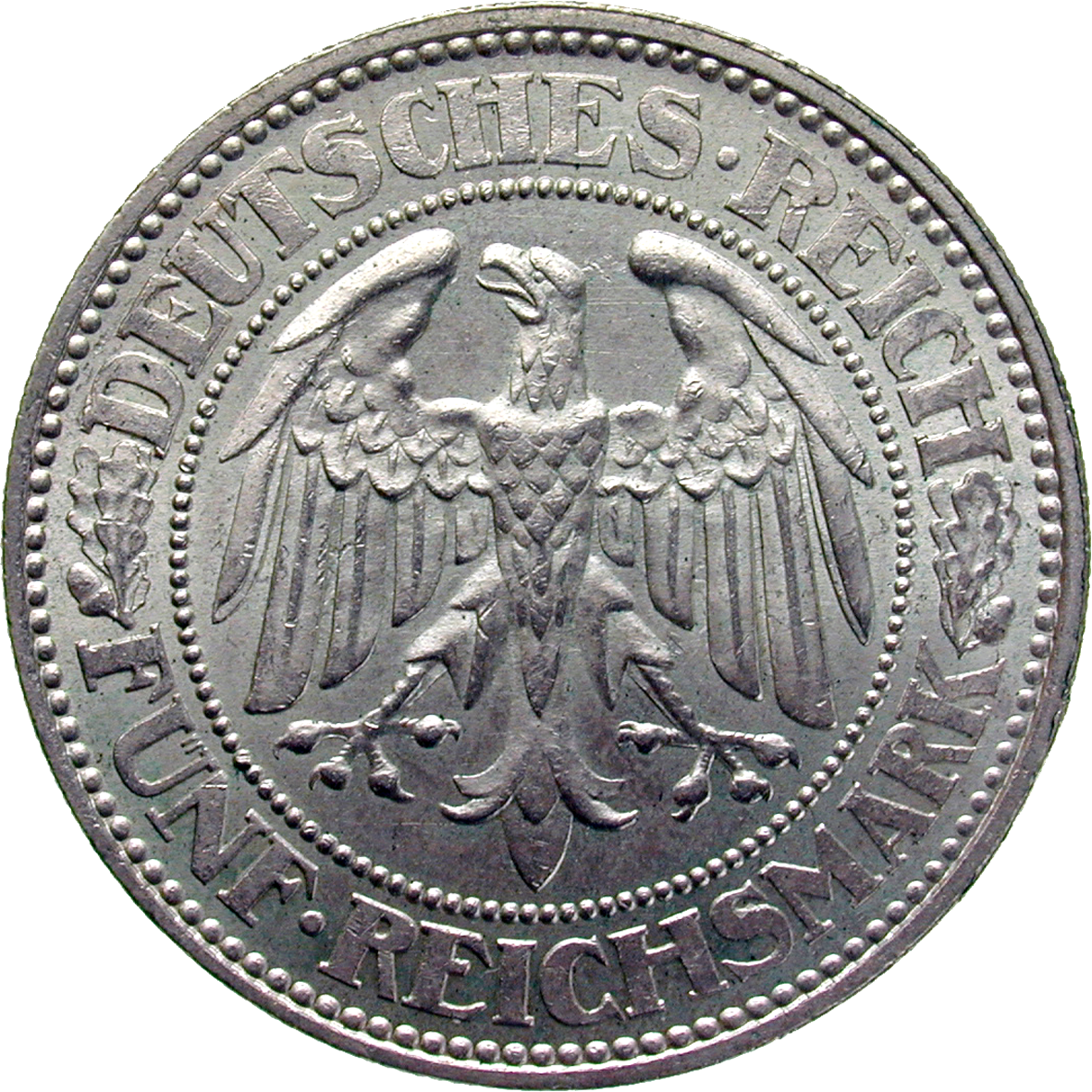 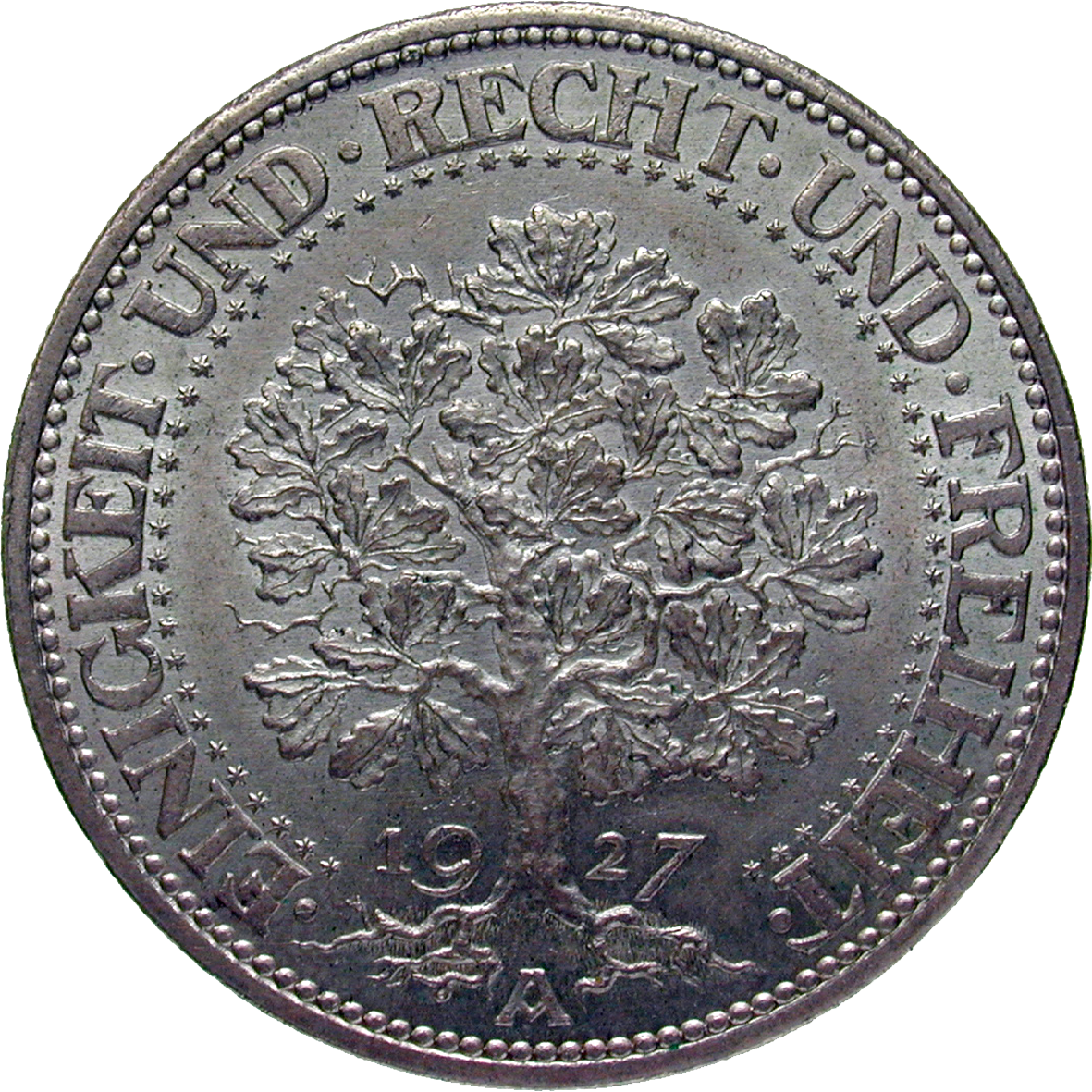 The eagle as a symbol of power harks back to antiquity. As of the 1st century BC, Roman legions went into battle under the sign of the Aquila, a military banner showing an eagle. The Hohenstaufen dynasty adopted the Roman eagle, and from there it found its way into the Holy Roman Empire of German Nation. Hence for centuries, the eagle sat on German coins as a symbol for imperial power. After World War One it found taken on by the Weimar Republic, as can be seen on this piece of 5 marks from 1927. After World War Two, the German eagle became the federal eagle, and as such it embellishes German coins up to this day.