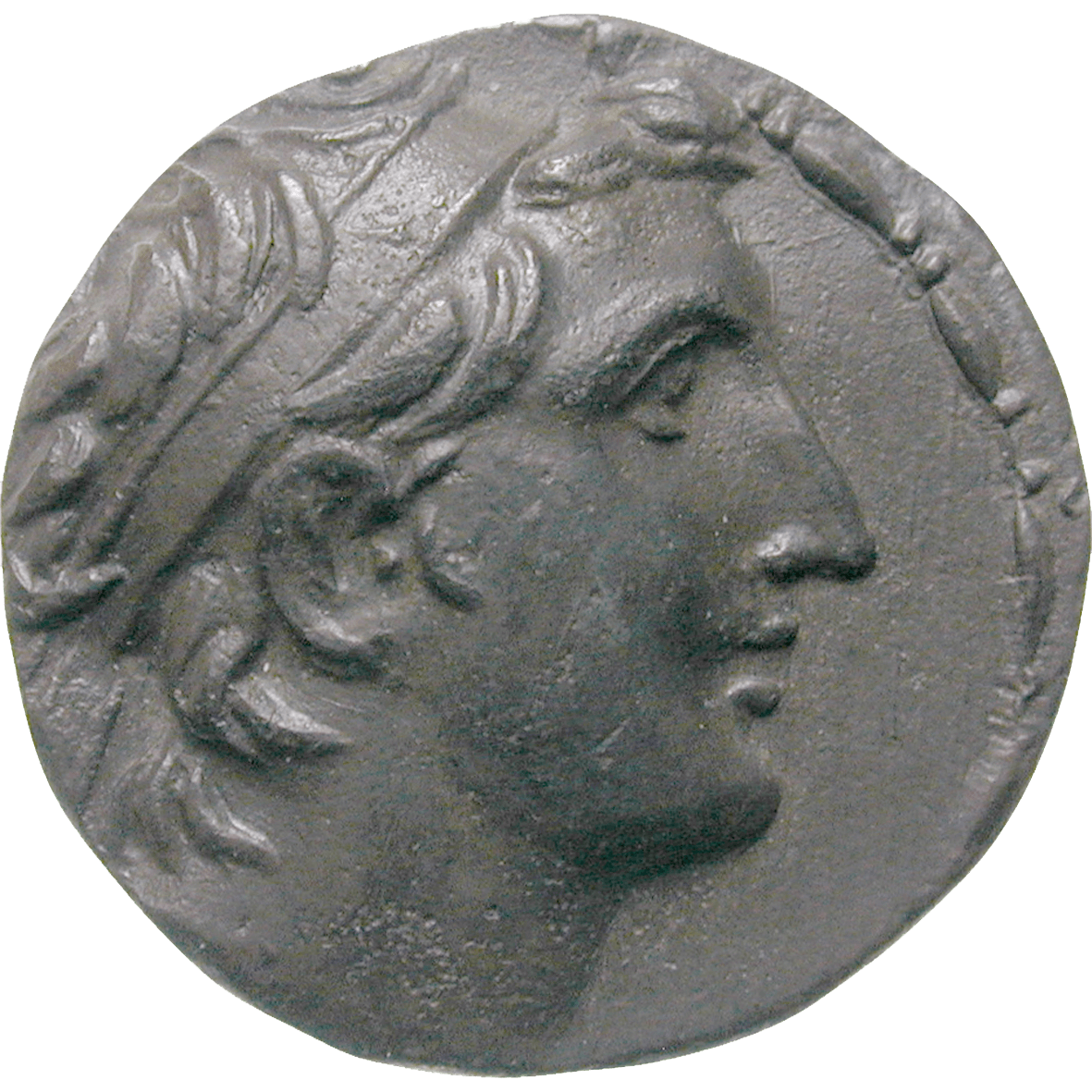 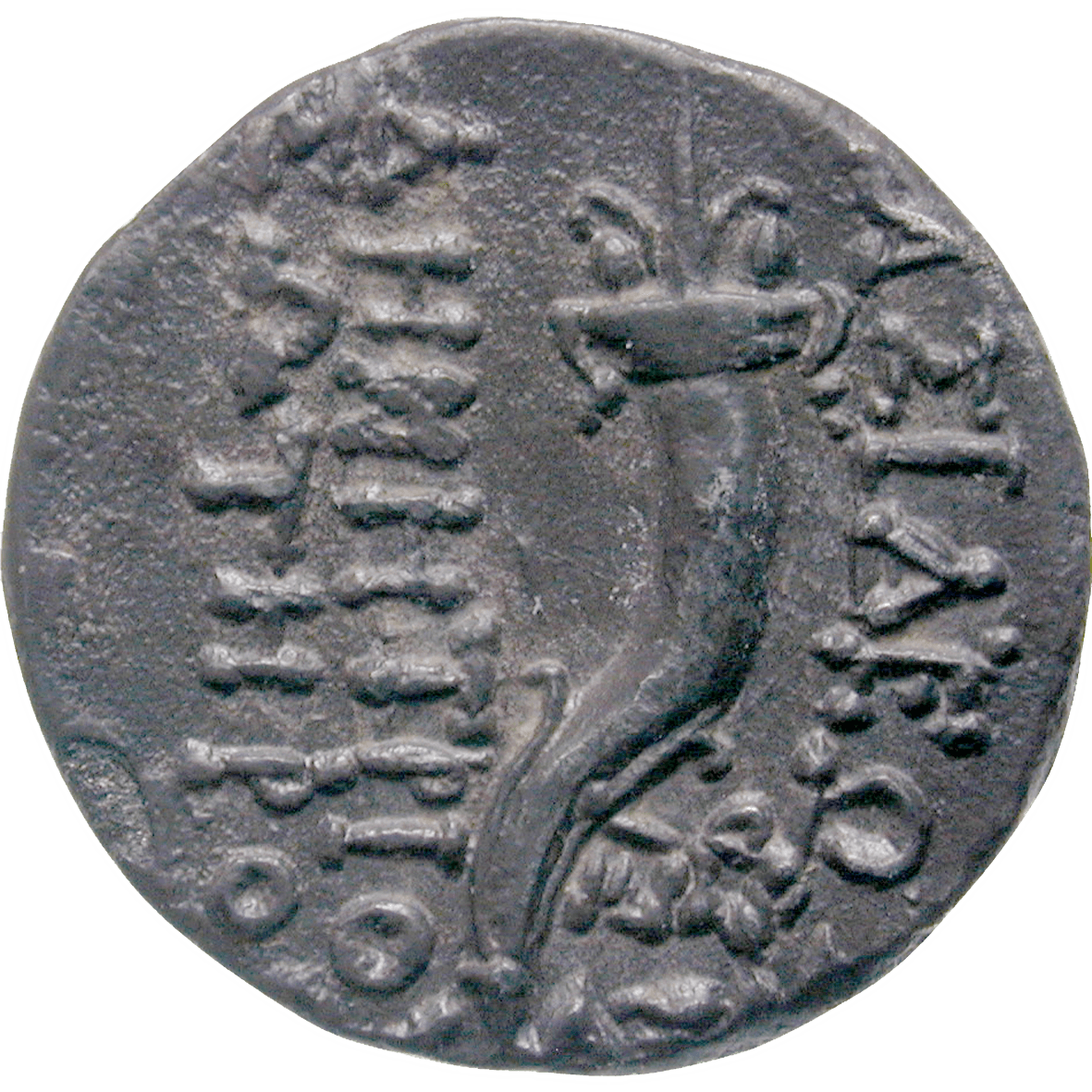 When Demetrius I Soter came to power (162-150 BC), the Seleucid empire was in decline. Demetrius was not the man to alter that; contemporary sources describe him as drunkard and as disliked by his subjects. This may have been due to the fact that Demetrius had grown up as a hostage in Rome; the customs that he had adopted there earned him the hatred of his oriental subjects.

However, Demetrius gained the byname Soter, 'the Savior,' from the Babylonians, whom he freed from the tyranny of the Median satrap Timarchus. This coin depicts Demetrius Soter on the obverse, while the reverse shows a cornucopia.