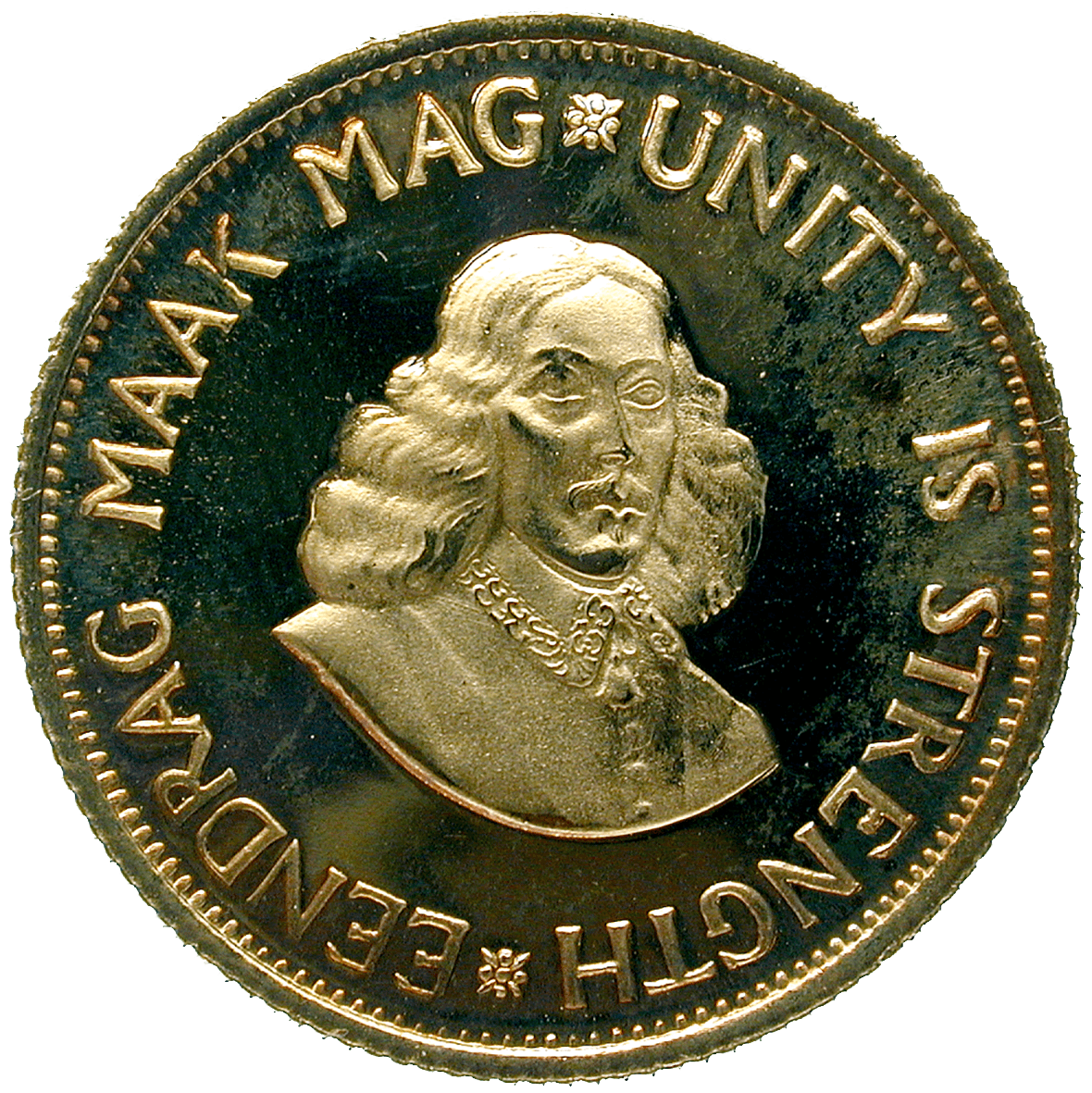 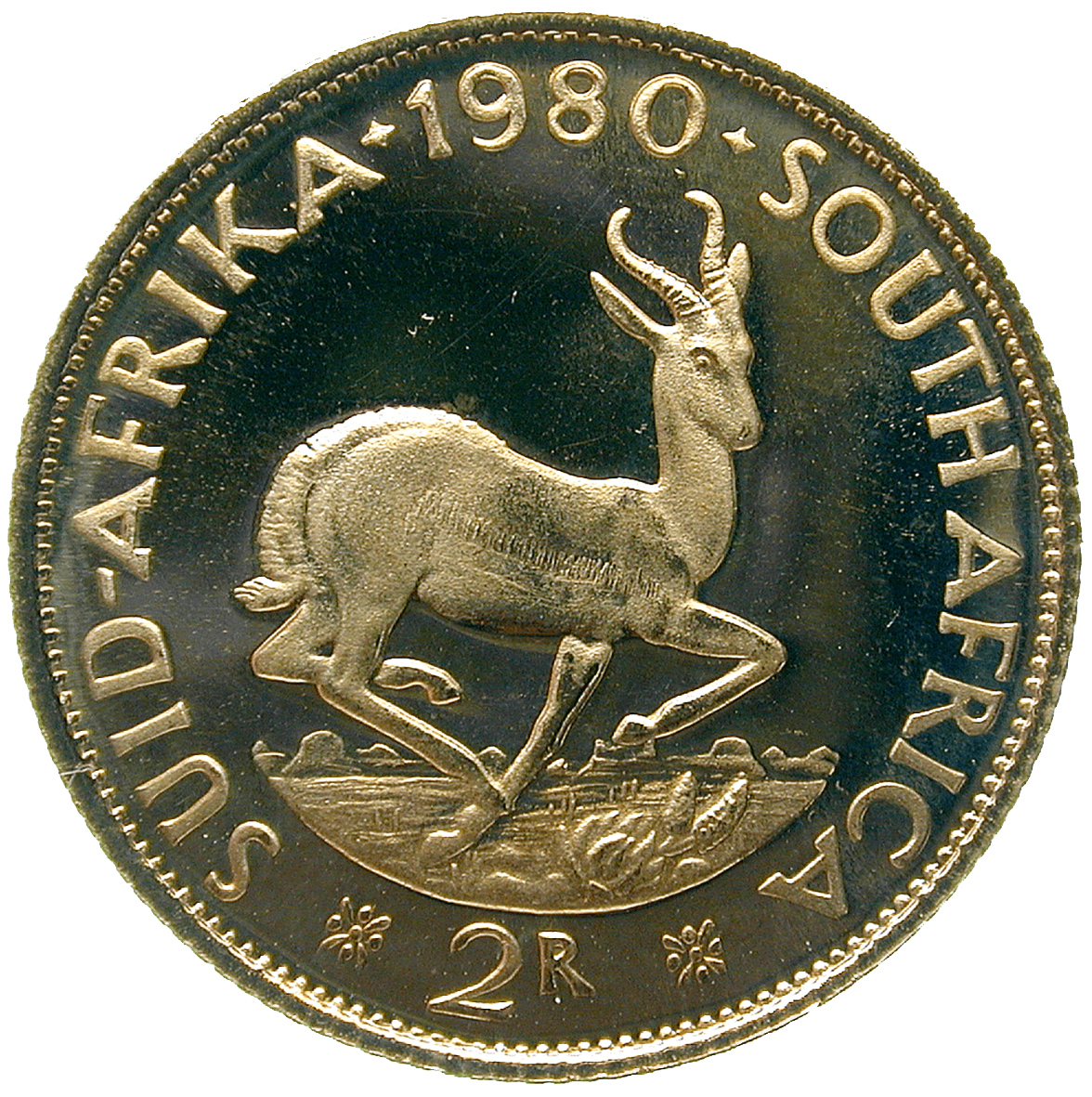 The characteristic motif on South African coins is the springbok, the nation's heraldic animal. The springbok is also the emblem of diverse sport teams in South Africa – after all, it runs with a speed of about 55 miles (90 kilometers) per hour and leaps up to 11.5 feet (3.5 meters). It is thus not amazing that South Africa's national rugby team has adopted the nickname "the Springboks." After the abolition of apartheid there were discussions in South Africa whether the springbok as symbol for the national rugby team was still acceptable, since it had been the emblem of the white minority rule. At that point, Nelson Mandela, the first black president of South Africa (1994-1999), piped up. He announced that he had excitedly followed the games of the Springboks while being imprisoned, and had always hoped for their victory. This set an abrupt end to the discussions.