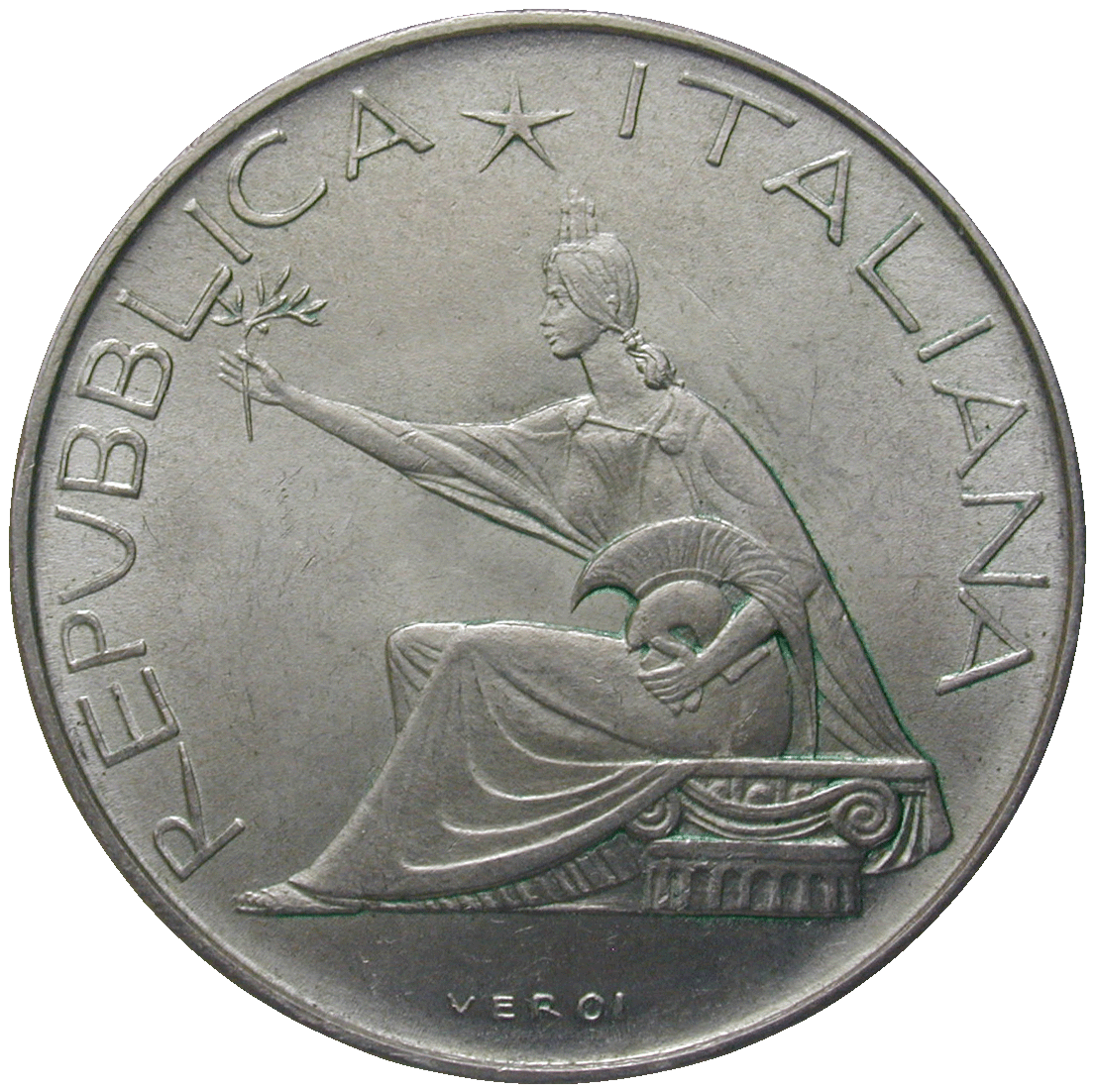 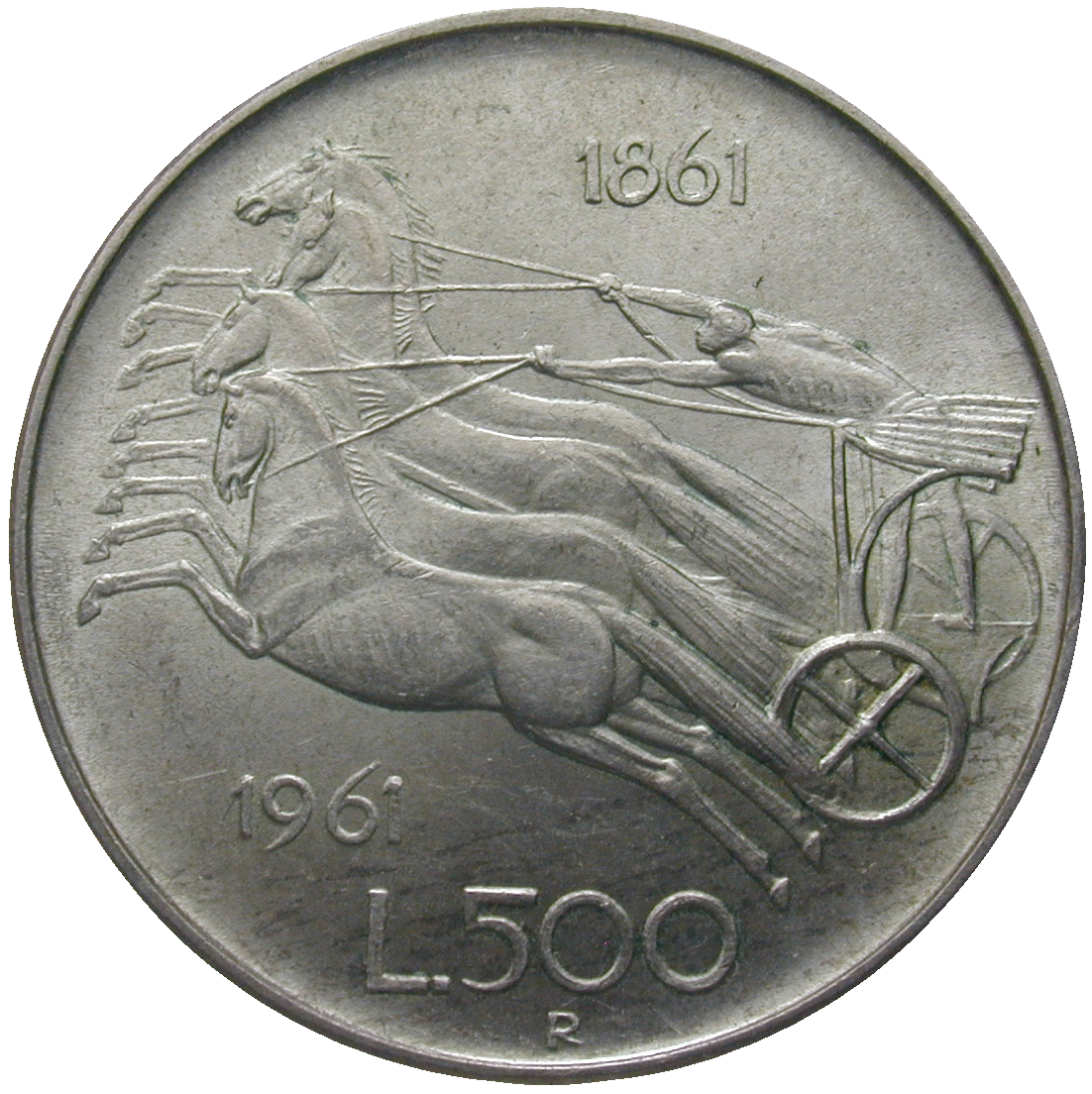 The motif that the Republic of Italy presented on its 500 lire-coins in 1961, is more that 2.200 years old. It harks back to an image of the goddess Athena that the Thracian king Lysimachus showed on his coins around 300 BC. Here, it is no longer Athena, however, but Italia, the personification of Italy. The reverse depicts a quadriga, a four-horse chariot, the typical motif on the coins of antique Syracuse. The coin was a special issue on the occasion of the centenary of the unification of Italy.