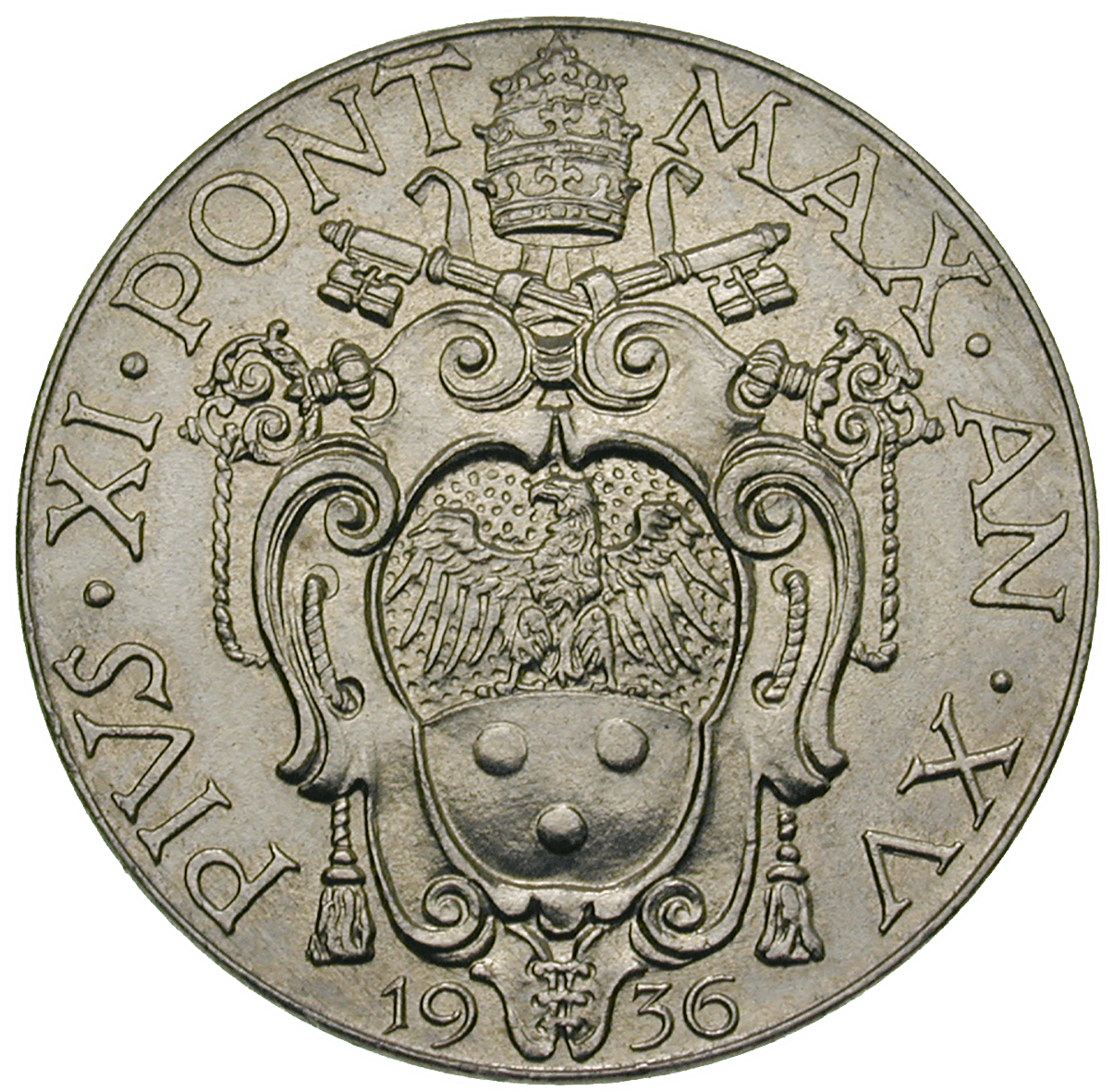 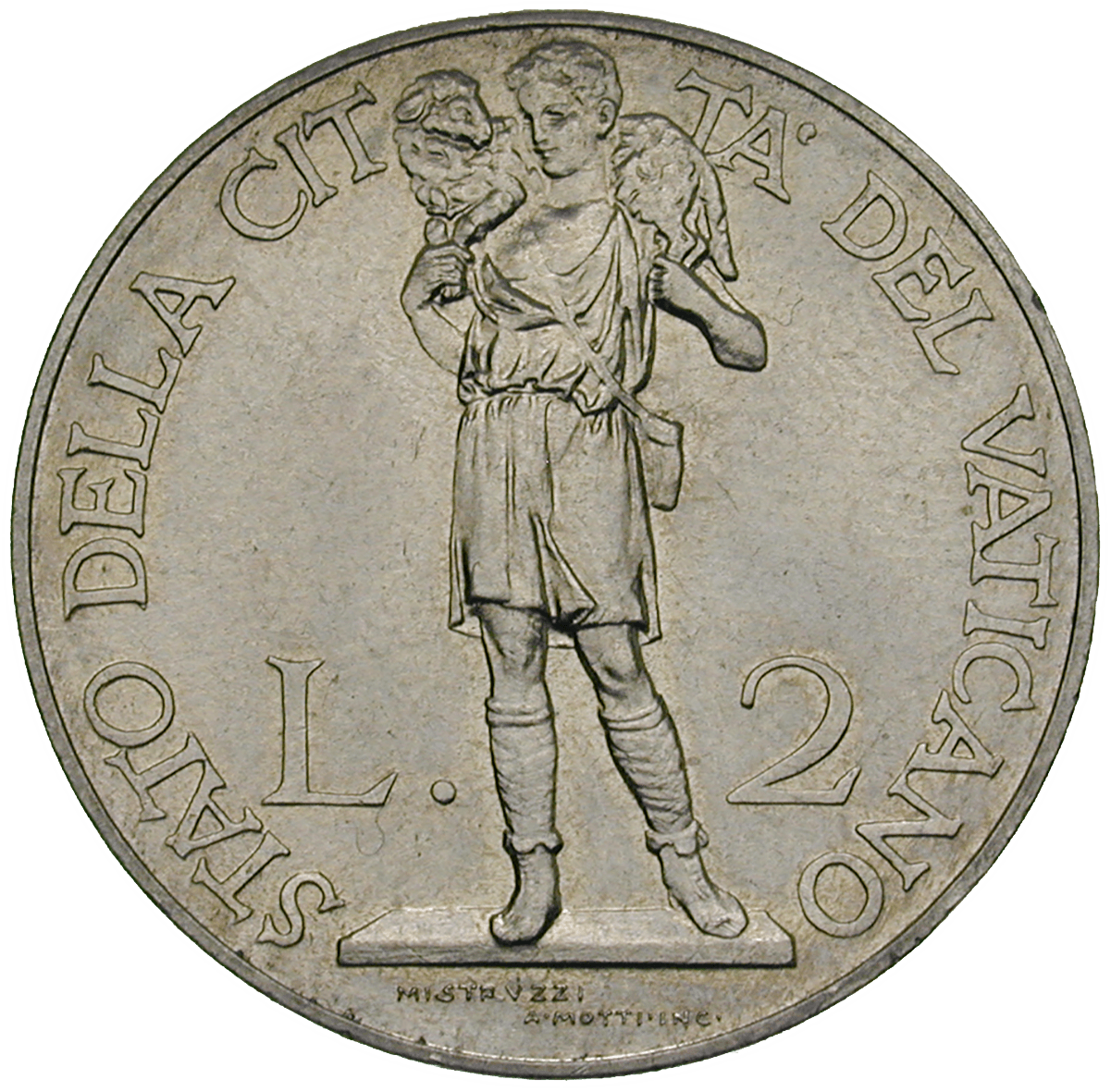 When Pope Pius XI (1922-1939) died, he stood in high esteem all over the world. "Papa Giovanni" was he nicknamed by his many followers. His papal motto was "Pax Christi in regno Christi" (Christ's peace in Christ's kingdom). His actions, however, were a consequence of World War I. The obverse of this coin depicts the pope's coat of arms, with the papal emblem, two crossed keys and a tiara, on top. The reverse shows the "Good Shepherd" carrying a lamb on his shoulders. The image of Jesus as good shepherd with the lamb on his back can be found on very ancient objects of art – one of the earliest works of this sort is a marble statuette from the 3rd century found in Lateran.