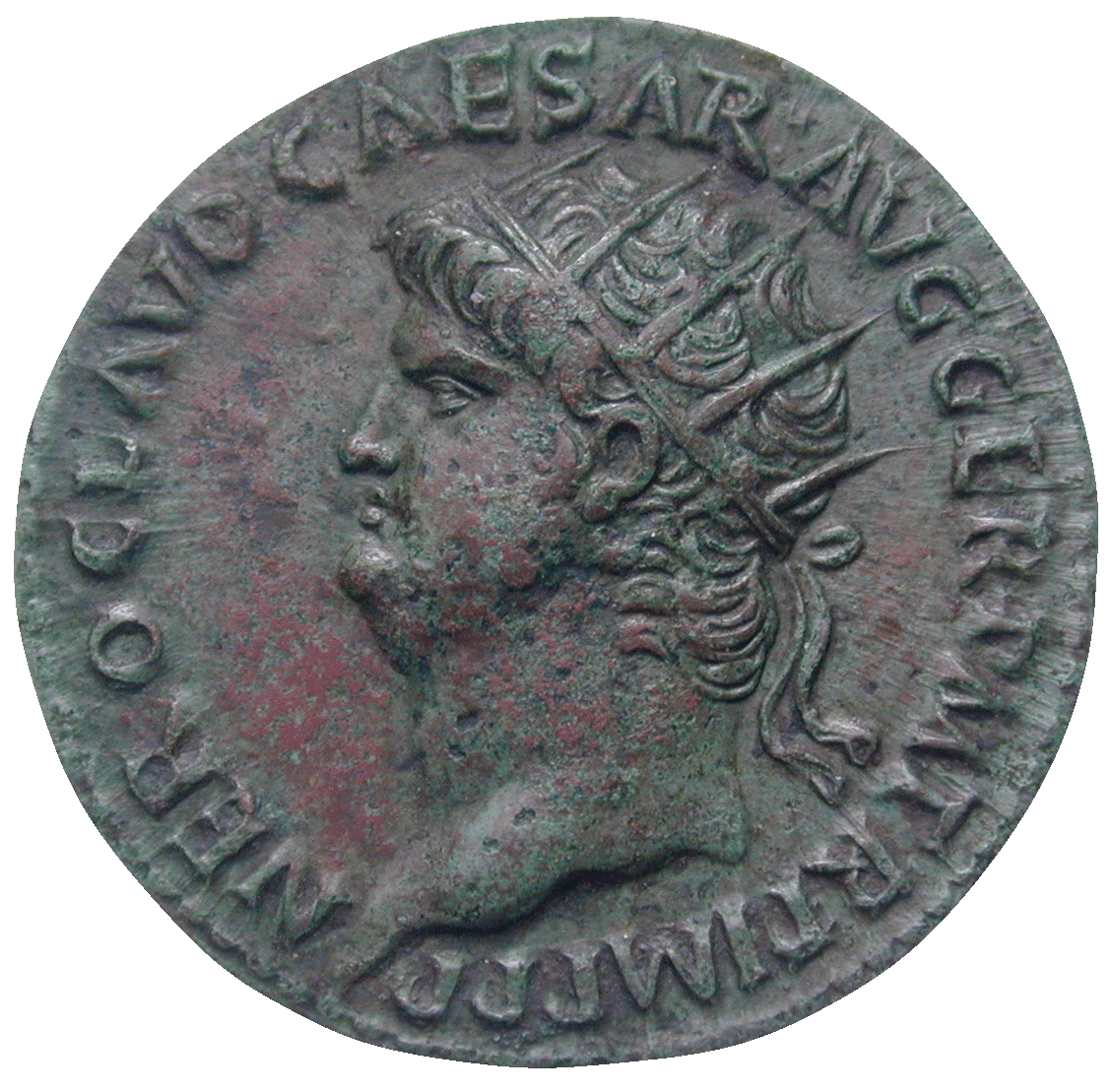 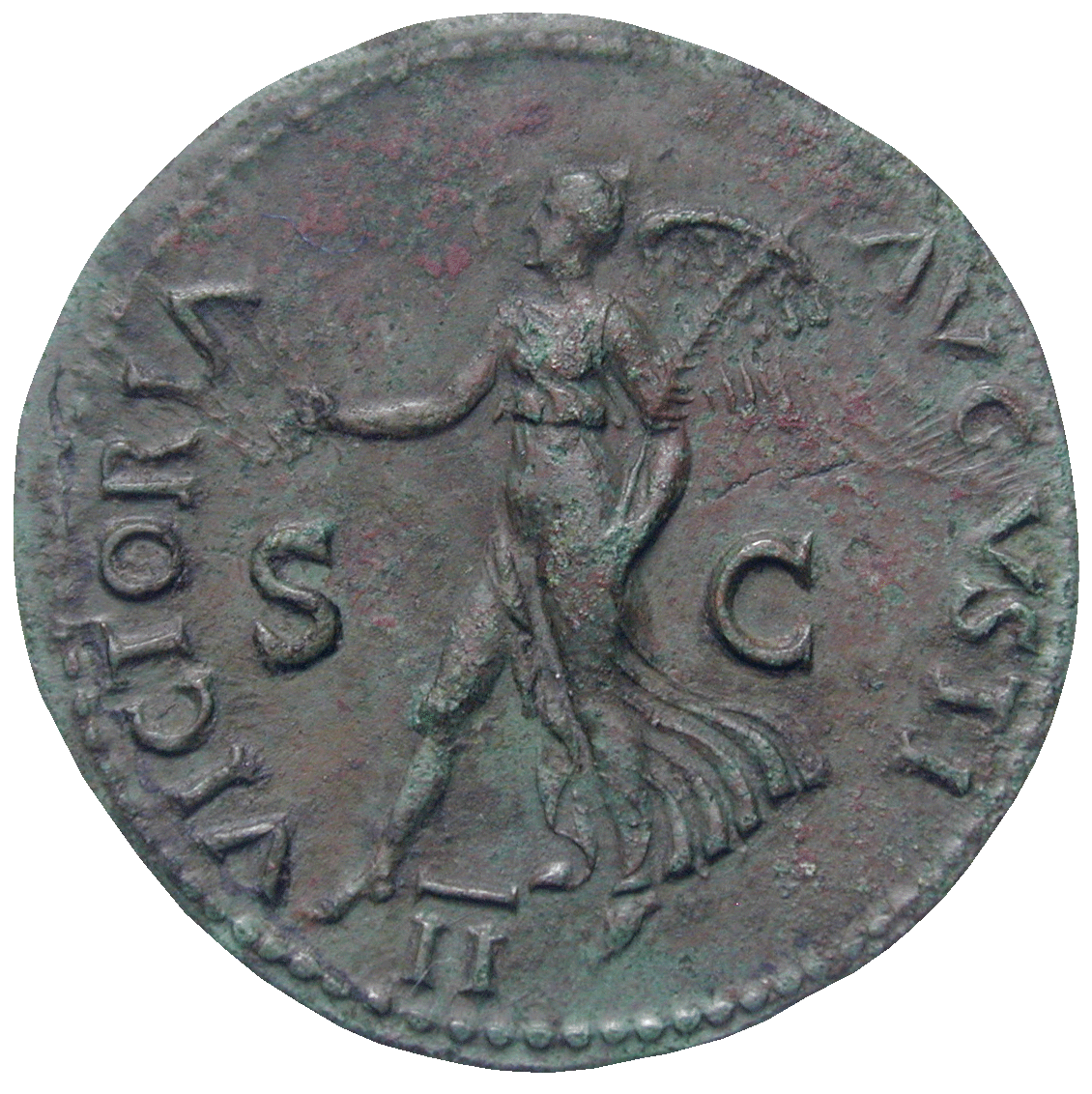 One of the most common motives on Roman coins is Victoria, the winged goddess of victory. She comes running, sometimes with a wreath, sometimes with a palm-branch, to crown the victorious emperor. The reason for her popularity was the ancient belief that victory was a sign of divine favor: The gods grated victory only to those they thought worthy. Hence the degree of divine support could easily be measured. The more victories a ruler won, the more pleased were the gods with his reign.

This coin depicts Victoria on the reverse, while the obverse portrays Emperor Nero (54-68). This was an emperor who failed to win military success; the realm was well secured by capable commanders during his reign. Instead Nero claimed sportive and cultural victories and declared them to be equal to military success. With this he was well ahead of his time; it would last several more centuries before achievements of civilization would be regarded higher esteemed than brute force.