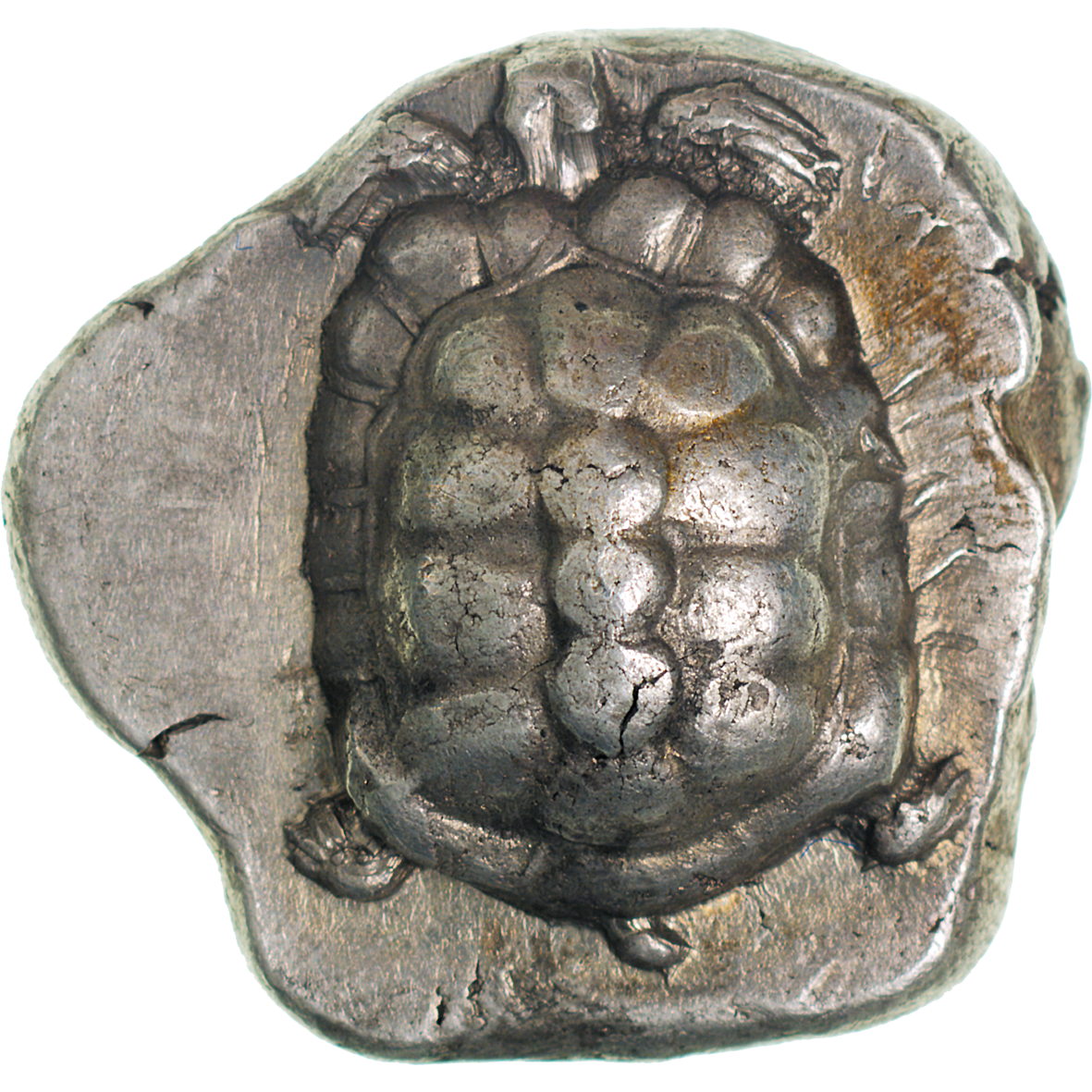 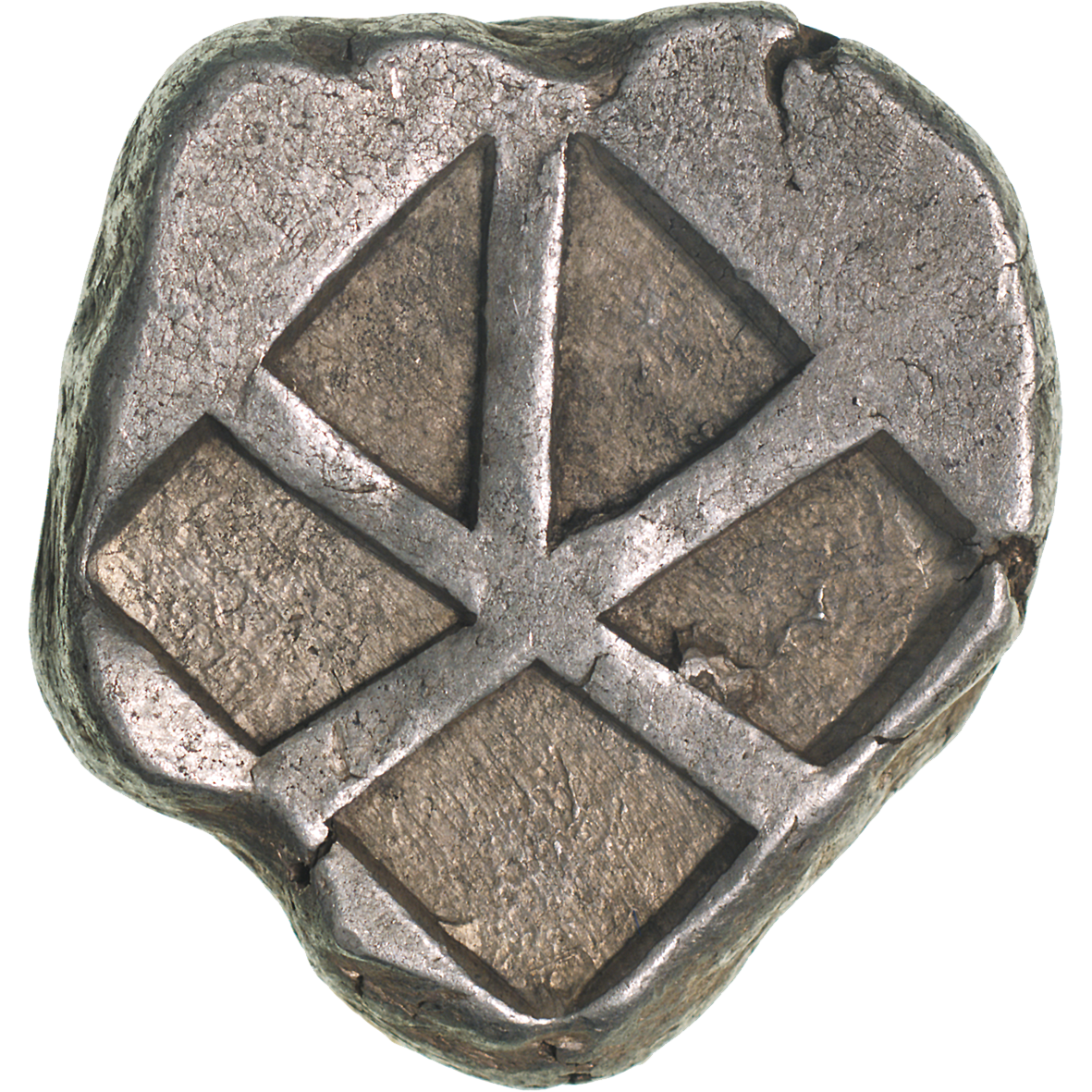 The motif on the coins of Aegina was a turtle; the island was a major trade and sea power, so that this animal seemed to be an appropriate symbol indeed. Until the end of the 5th century BC the coins from Aegina bore a sea turtle. At the beginning of the 4th century BC, it was replaced by the land tortoise, as shows this coin.

The turtle-coins of Aegina were widely used and very popular. Aegina is often considerd as the town that first introduced coined money to the western world, shortly after its invention in Asia Minor, in modern Turkey.